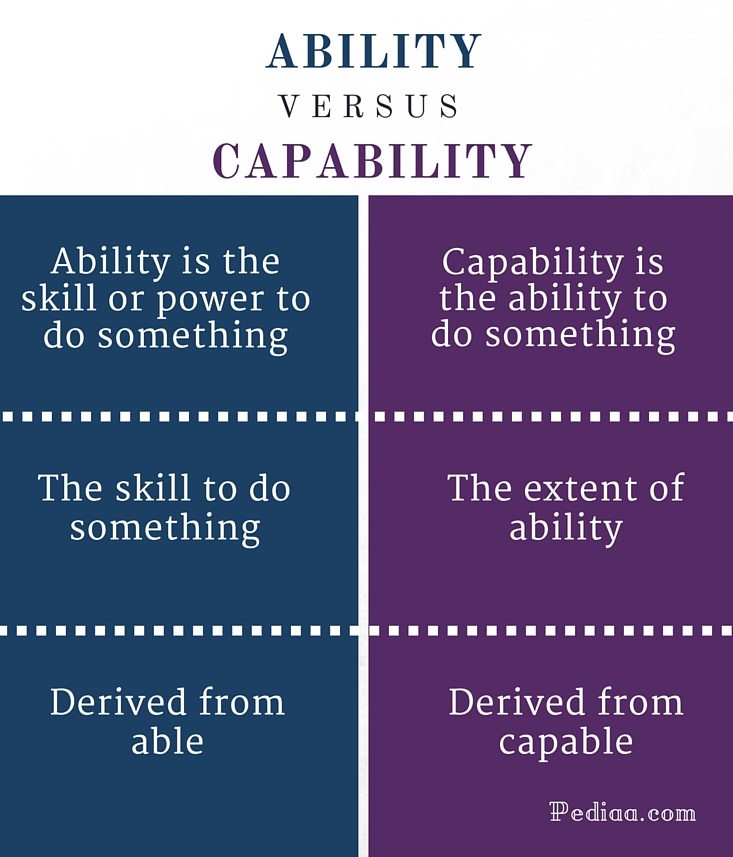 He has a child with remarkable musical abilities.

You have lost the ability to manage difficult children.

She has the ability to clean a room in 10 seconds.

Her ability to read minds saved our lives.

She is a woman of exceptional abilities.

His ability to heal people makes him an extraordinary human being. 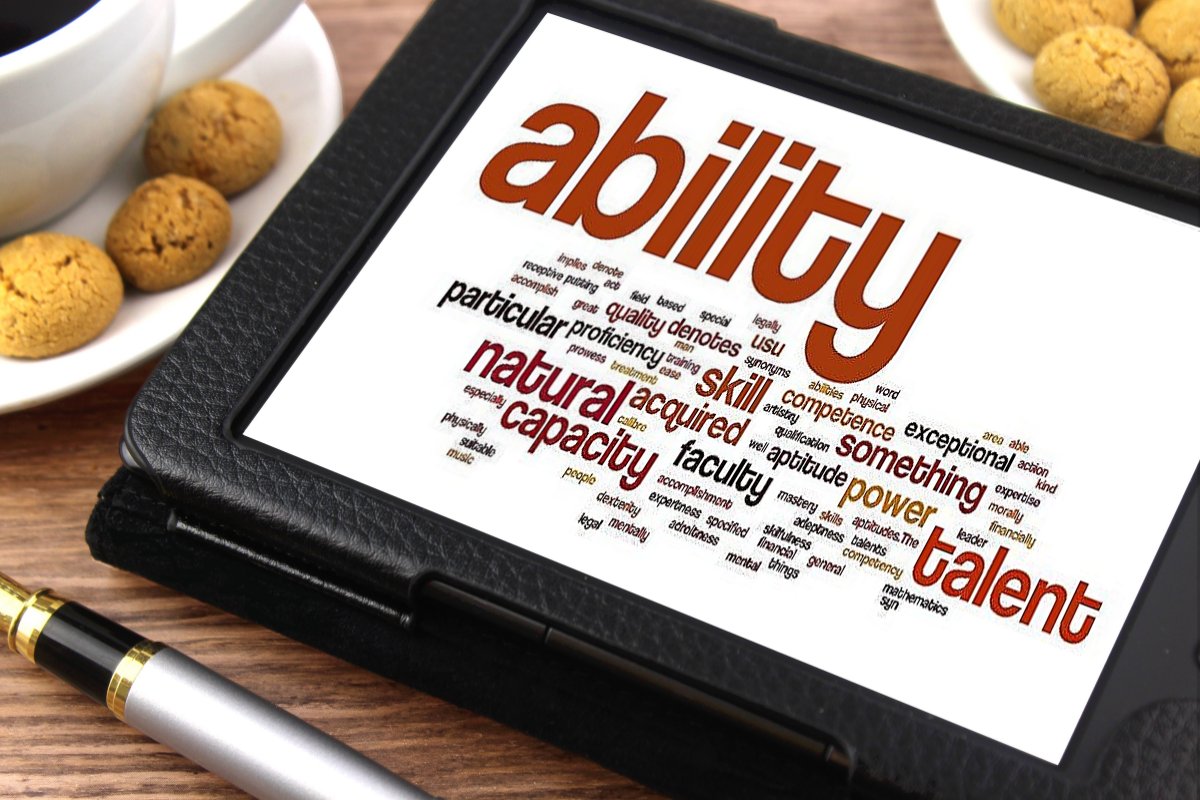 Capability can also refer to skills or abilities that have not been utilized yet. Capability is derived from capable.

This job is beyond his capabilities.

This demonstrates the company’s capability to increase the productivity.

Her capability as an administrator was admired by all.

Although identified early, this capability was never utilized. 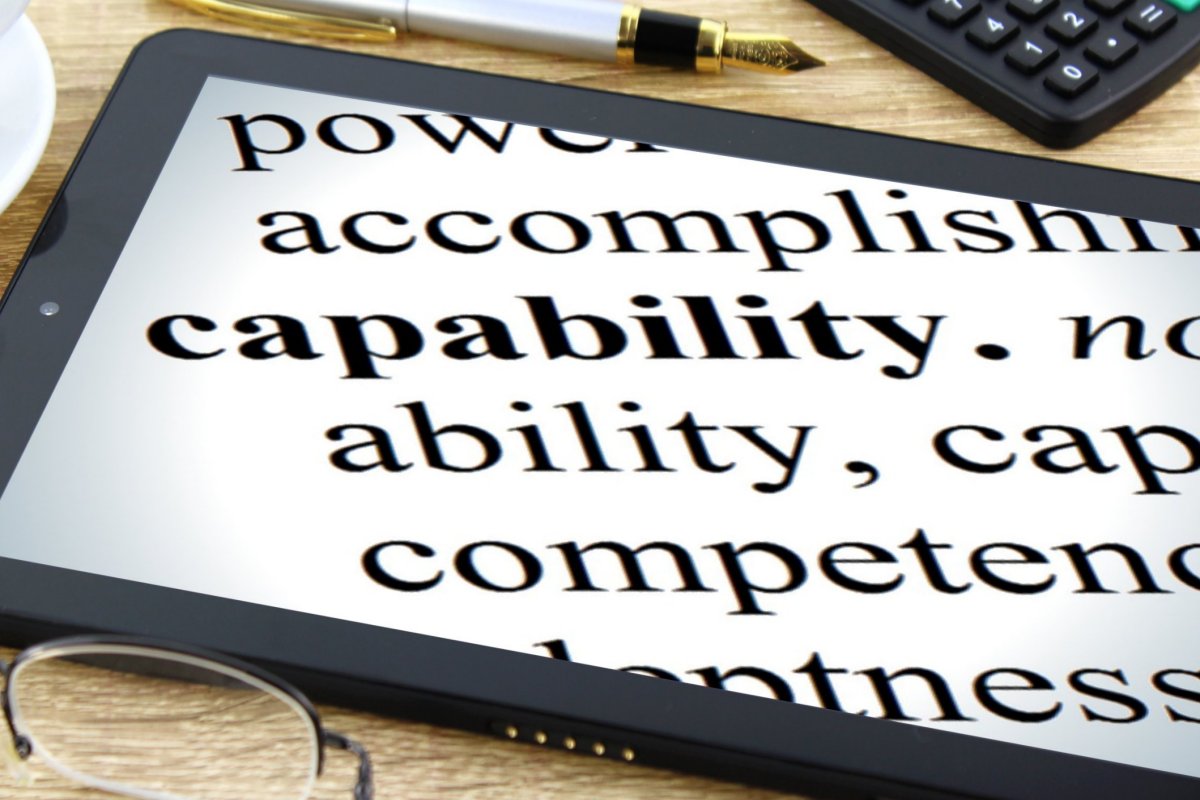 Difference Between Ability and Capability

Ability is the skill or power to do something.

Capability is the ability to do something.

Ability is the skill to do something.

Capability is the extent of ability.

“Capability” by NY (CC BY-SA 3.0) via The Blue Diamond Gallery