Difference Between Bagel and Bread

Bread is a baked food made from a mixture of flour and water. Bread can be found in different types, made from different ingredients, methods and in different shapes and sizes. A bagel is a type of a bread product which takes the shape of a doughnut. The main difference between bagel and bread lies in their preparation methods. Bagels are boiled in water before baking whereas bread is not.

What is a Bagel

A bagel is a firm doughnut shaped bread roll. It is traditionally shaped by hand into the form of a ring (doughnut shape) from yeasted wheat dough and then left to proof for about 12 hours at a low temperature. It is then boiled for some time in water before baking. This unusual preparation method produces a chewy and dense interior, and a browned and sometimes crisp exterior. The ingredients used for a traditional bagel consists of flour, yeast leavening, water and salt. The flour used is often white flour, which is made with refined grain. Seeds like sesame, poppy, and sunflower are often added to the upper crust of the bagel when baking. Bagels often have a sweet taste because a sweetener such as sugar, honey, barley malt, etc. is added to most bagel doughs.

Although there are many theories about the origins of the bagel, it is considered to be originating from Poland, and it was introduced to the USA by the Jewish migrants from Eastern Europe. 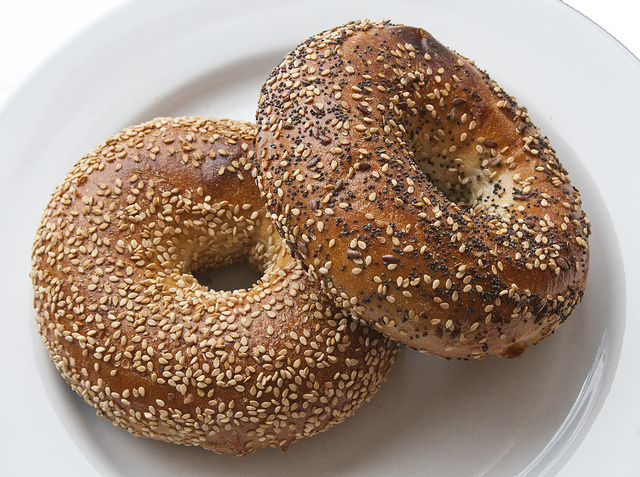 Bread is a staple food, which is popular all over the world. Bread is usually prepared by mixing flour, water and yeast, and baking. However, there are different types, sizes, shapes and textures of bread in different countries and regions. A wide range of ingredients, as well as recipes, can be used in baking bread. It can be eaten for a main meal or as a snack.

There are many ways of serving bread. It can be used to make sandwiches or can be topped with sweet or savory spreads. It can also be dipped in liquids such as soup or gravy. Bread is also used in other culinary preparations such as bread pudding, use of bread crumbs to thicken gravy, etc.

Bread is a good source of carbohydrates, magnesium, iron, selenium, B vitamins, and dietary fiber. However, a slice of bread contains fewer nutrients than a bagel. 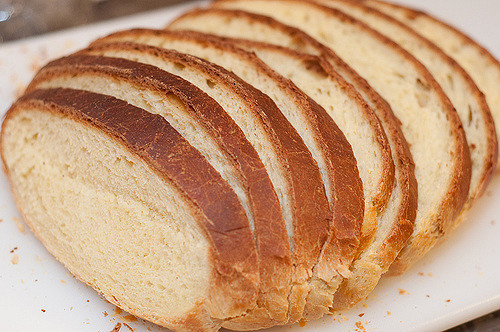 Difference Between Bagel and Bread

Bagel is a doughnut-shaped bread roll.

Bread is a staple food made of flour and water.

Bagel is boiled in water before baking.

Bread is not boiled before baking.

Bagels typically have a sweet taste.

Breads do not typically have a sweet taste.

Bagels have a ring or doughnut shape.

Breads can be of different sizes and shapes. 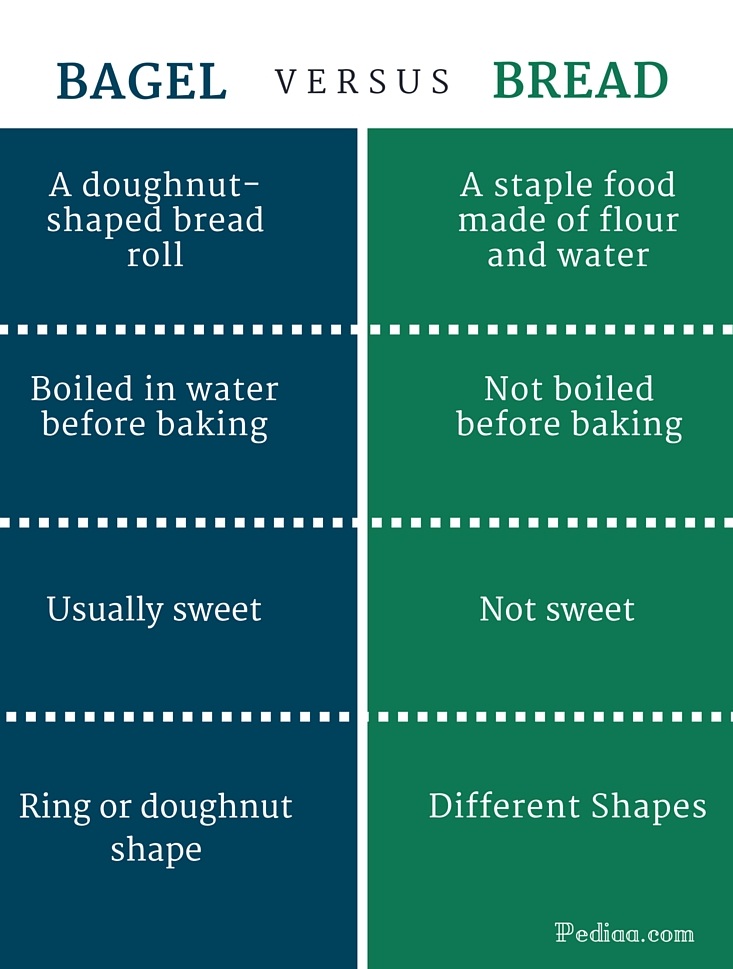