Batter and Dough are both made from flour and liquid. Different types of food can be prepared from different batters and dough. The main difference between batter and dough is that batter has more moisture than dough. This is because the liquid content of a batter is always higher than that of dough.

What is a Batter

A batter is a liquid or semi-liquid mixture of one or more flour and liquid. A batter is used to prepare a variety of foods. Ingredients used in the batter, as well as the thickness of the batter,  depend on the type of food. Water, milk, egg are some common ingredients added to a batter. Leavening agents such as baking powder are also added to a batter to fluff it up. The thickness of a batter can range from very heavy to very thin depending on the ratio of liquid and flour used. Nevertheless, a batter can be easily poured or dropped from a spoon since it is in liquid form. The name batter comes from French battre ; this refers to the vigorous beating and whisking in the preparation of a batter.

The batter is turned into a solid form by applying heat and cooking the ingredients. It can be baked, fried or steamed. Cakes, pancakes, waffles, muffins, are some food items that are made by making a batter. Batters can be either sweet or savory; many other flavors and seasonings such as spices, fruits, herbs, and vegetables can also be added to a batter. 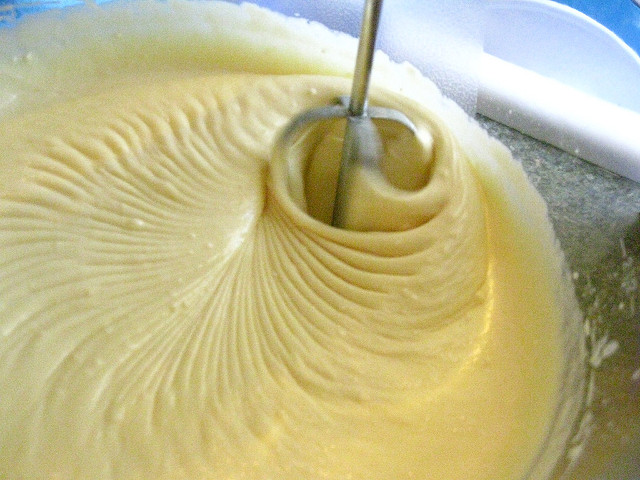 What is a Dough

Dough is a thick, malleable paste made from flour and liquid. It is typically made by adding a small amount of water and/or another liquid to flour. Leavening agents such as yeast are also added to the dough to fluff it up. Sometimes, ingredients such as salts, oils, eggs, milk, honey, etc. are added to a dough.

Dough varies widely depending on ingredients used, the kind of product being produced, the type of leavening agent, how the dough is mixed, and cooking or baking technique. Dough is generally mixed and kneaded by using hands. A dough can be left to rise. Fermented dough is used to make breads. Flatbreads such as matzo, roti, lafa, naan, etc. are also made from dough. Noodles and pasta are made from unleavened dough. 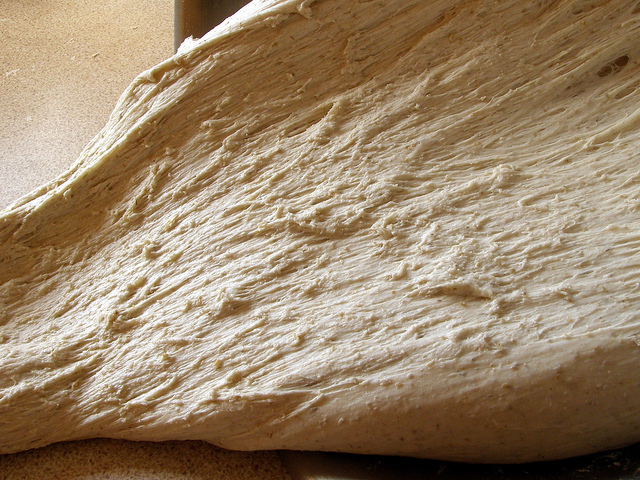 Difference Between Batter and Dough

Dough is a thick, malleable paste made from flour and liquid.

Batter is a liquid or semi-liquid mixture of one or more flour.

Dough is made from only a small amount of water/other liquid.

Batter is made from more liquid than flour.

Dough is often kneaded and rolled.

Batter is often whisked or beat.

Batter is not malleable

Dough can be seen in the preparation of bread, flatbread, noodles and pasta.

Batter can be seen in the preparation of cakes, cookies, pancakes, etc. 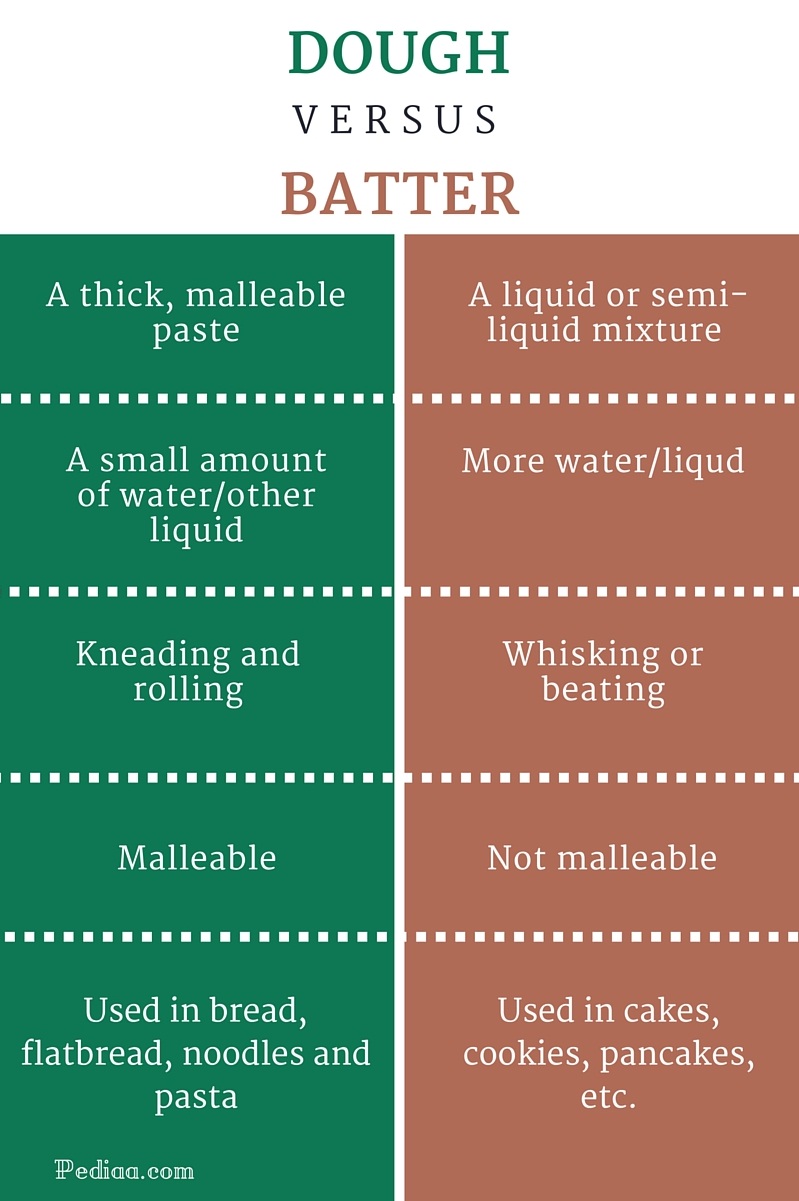 “Cupcake batter” by Evelyn Giggles (CC BY 2.0) via Flickr