In general, steel is an alloy with Iron being the main element. An alloy is a material made of a mixture of metals or a metal with other elements. These types of alloys are often cheaper and have improved properties. In the case of steel, iron is primarily mixed with carbon and few other elements. Mixing with carbon makes steel stronger, improving its tensile strength while keeping the cost low. Iron when mixed with Chromium, is known as Stainless Steel. When Carbon is the main alloying element with Iron, where all other elements are at a very low percentage, it is called Carbon Steel. Therefore, the main difference between carbon steel and stainless steel is that carbon steel is primarily made of Carbon and Iron while stainless steel is mainly made of Iron and Chromium.

What is Stainless Steel

As the name implies, stainless steel will not ‘stain’! It means that this kind of steel has high resistance towards corroding and rusting and will remain shining for a longer time. Stainless steel contains a high amount of Chromium where the minimum amount will be around 10% while the other elements will remain in insignificant amounts.

When Iron is exposed to air and moisture, it tends to oxidize, forming Iron Oxide (Fe2O3). This is a brownish, hard substance known as ‘rust.’ And it forms flakes on the surface of the metal making it corrode. Once the corroding process is initiated, it follows up faster forming rust more rapidly. This problem is solved by alloying Iron with Chromium. Here, Chromium forms a passive layer on top of the Iron core protecting it from corroding. This Chromium layer oxidizes in the presence of Oxygen and air and forms its Oxide, which is Chromium Oxide (Cr2O3). The oxidizing potential of Chromium is much higher than Iron. Oxidation of Chromium protects the Oxidation of Iron. This way, the metal stays shining for a long time without traces of corroding. Due to this property, stainless steel is used in many applications. Cutlery, cookware, surgical equipment aircraft/ automotive bodies and structural monuments are few of the main uses. 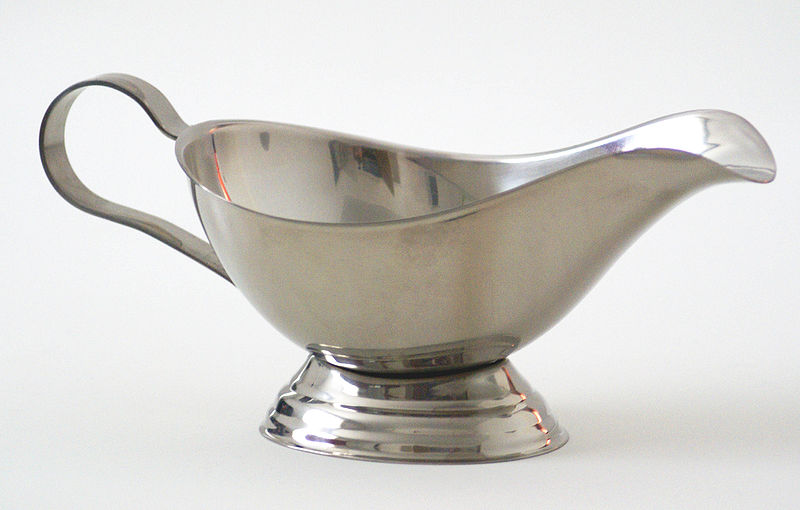 What is Carbon Steel

When carbon is the main element alloying with Iron, and as long as the other elements remain at trace percentages, the steel can be called ‘Carbon Steel.’ However, there are various grades of Carbon Steel depending on the percentage of Carbon in the alloy. Combining Iron with Carbon hardens the Steel and gives it higher tensile strength. Therefore, higher the percentage of Carbon added, higher the strength of the Steel. Usually, the amount of carbon can vary from about 0.12-2.0%. When the amount of Carbon is less, it is called ‘Low Carbon Steel’ or ‘Mild Steel’ having  Carbon percentage of about 0.05-0.15% by weight, and it is the most common form of steel used as it is cheap while having desirable properties for many applications. When more Carbon is added, it is known as ‘High Carbon Steel’ and it would have a typical Carbon percentage of about 0.3-1.7% by weight. Carbon Steel is often used for making highly strong steel wires, automotive components and also as a construction material. 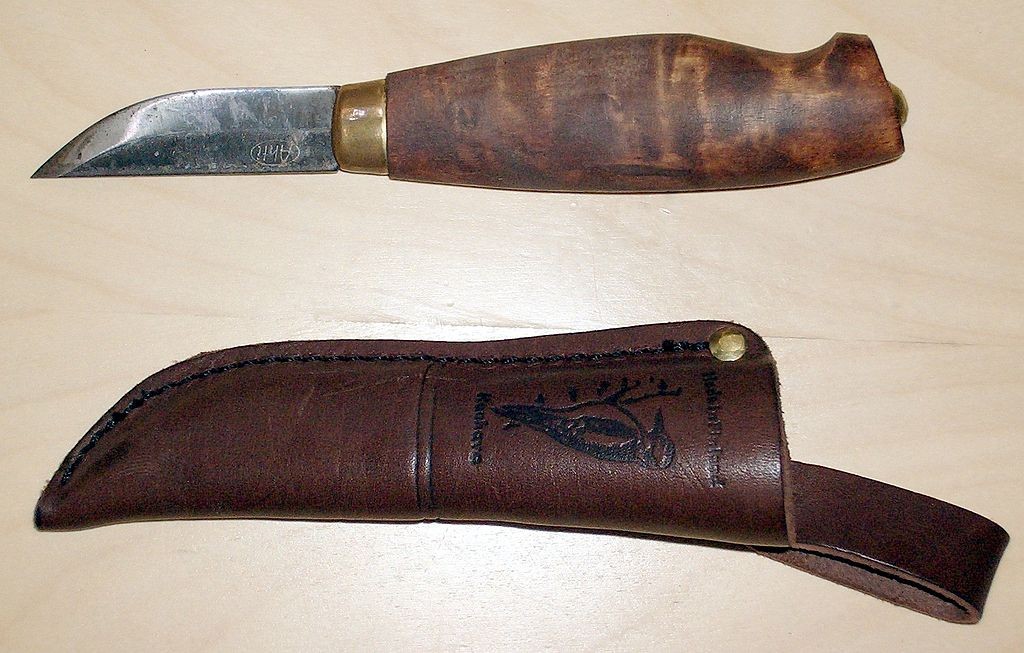 Stainless Steel made from Iron alloying mainly with Chromium at a percentage >10 %.

Carbon Steel is made by alloying Iron with an amount of Carbon between 0.5- 2.0 % while keeping other elements at trace concentrations.

Stainless Steel is resistant towards corrosion as the Chromium oxidizes to protect the oxidation of Iron.

Carbon Steel has the risk of corroding when exposed to air and moisture.

Stainless Steel is not hard as its Carbon content is low.

In contrast, Carbon Steel is harder and has high tensile strength as it has a higher percentage of Carbon in it.

Stainless Steel has various types of grades denoted by a numbering system. 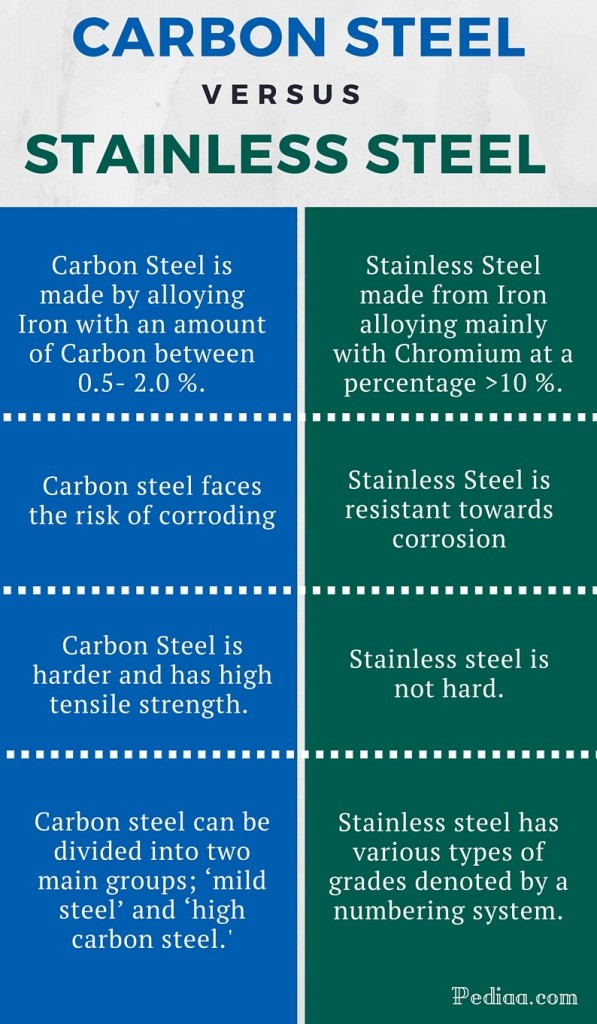 “Carbon steel knife” by . Kompak~commonswiki assumed (based on copyright claims).(CC BY-SA 3.0) via Commons