What is a Census

A census is a type of data collection method that involves the entire population; in a census, information is gathered from every member of the population. No sampling method is used in a census; in fact, you can say that 100% sample is being used in a census. Since all members have participated in the census, the collected data is more accurate and detailed. The detailed, accurate data which is representative of the whole population is one of the best advantages of a census.

However, there is also a downside in this data collection. A census can be a time consuming and expensive project since it involves the whole population. Collecting data from a larger population involves a lengthy procedure and a longer publication time-frame.

The term census is mostly associated with national population and housing censuses. As United Nations defines census should be conducted at least every ten years. It is not possible to conduct censuses frequently as they involve very long and expensive procedures. Census is usually carried out by the government of a country. 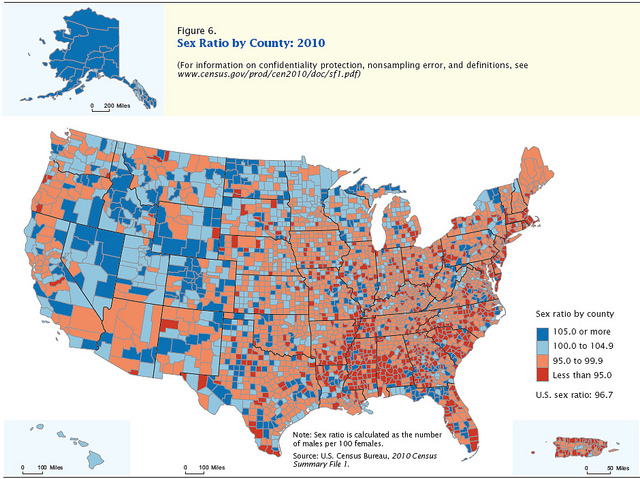 What is a Survey

Since a survey involves only a sample of the entire population, it is not as expensive or time-consuming as a census. They can be also conducted more frequently. As a result, surveys have become a popular data collection technique in many research fields. Surveys can be conducted to gain information about different research fields such as marketing, psychology, sociology, etc.

Difference Between Census and Survey

Census collects information about every member of the population.

Survey collects information from a sample of the population.

Census is more detailed and accurate.

Survey is not accurate or reliable as a census.

Surveys can be done in a shorter period of time compared to a census.

Conducting a Census can be very expensive.

Conducting a Survey can be less expensive compared to a census.

Census is generally conducted by the government.

Surveys can be conducted by anyone.

Census are not conducted frequently.

Surveys can be conducted more frequently. 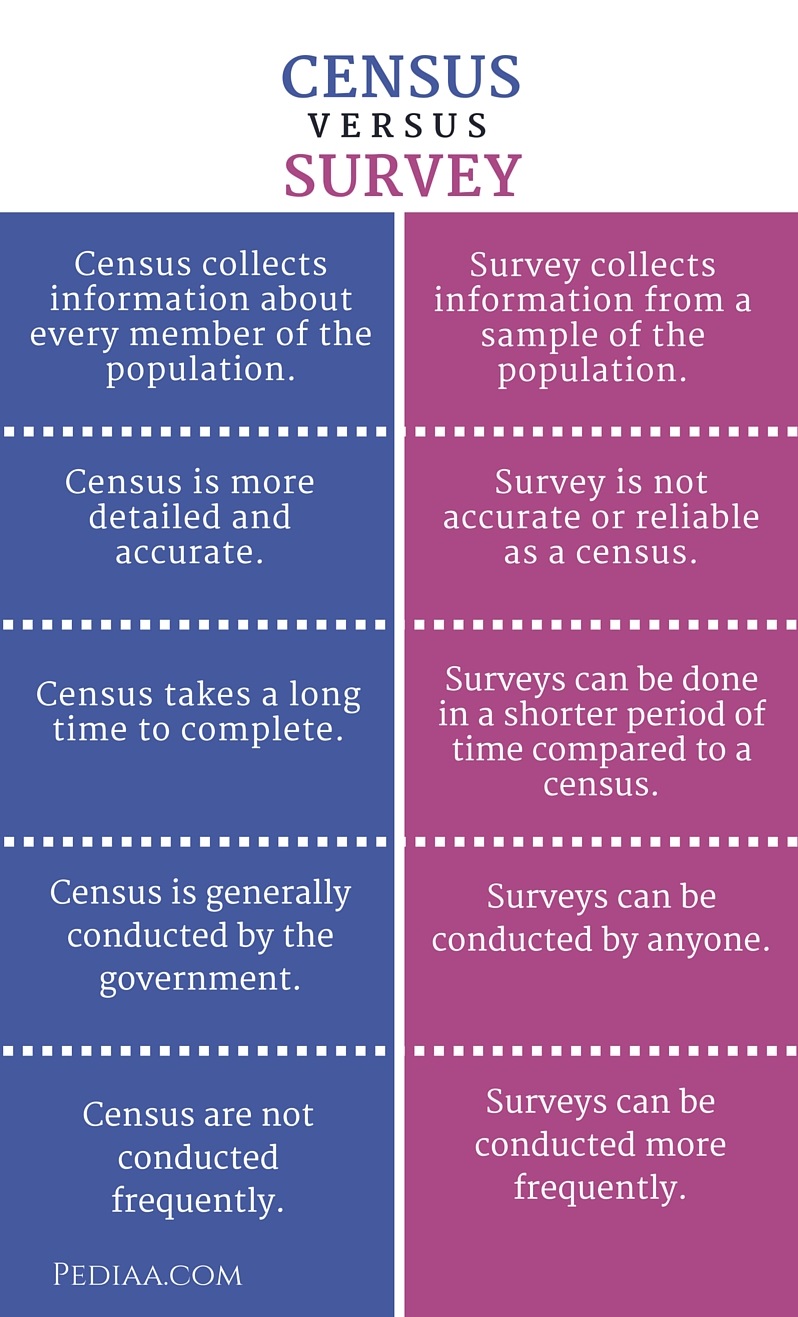