Coaching is helping another person to improve awareness, to set and achieve goals in order to improve a particular behavioral performance. The main objective of coaching is developing specific skills for a task, challenge or performance. Thus, a coach enhances the skills you already have or help you to acquire new skills. Once you have acquired these skills successfully, coaching is no longer needed. Therefore, coaching is a short-term program that focuses on specific goals.

A coach typically has more experience and expertise than the person he is coaching. The person who is being coached does not usually get to choose the coach. The coach is assigned to him by an institution or organization. It is the coach who sets the agenda and decides the direction of the program. Each session may also be divided into different goals or objectives. 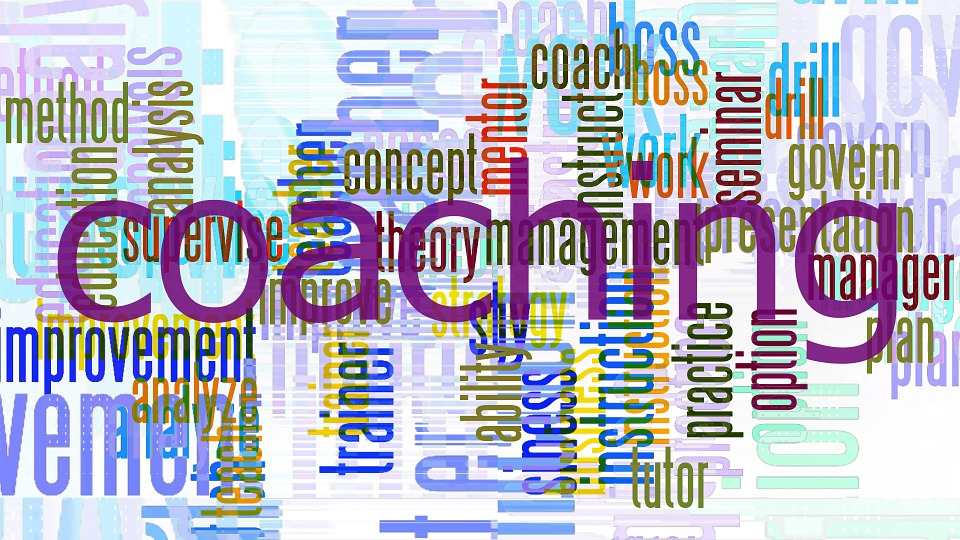 Mentoring is defined as helping to shape an individual’s beliefs and values in a positive way; often a longer term career relationship from someone who has ‘done it before’. Mentoring is a formal program or an informal relationship between two people, which focuses on one’s life, career, and support for growth and maturity. Mentoring can go on for a long time because it focuses on a broader view of the person.

The relationship between the mentor and the mentee is informal, and the mentor has a personal interest since he is personally involved with the mentee. A mentor is basically a friend who cares about the mentee and his long-term development. It is an equal, mutually beneficial relationship. Mentors are often facilitators and teachers as they allow the mentees to discover their own direction.

The mentee can make a decision about the mentoring program. He has the right to choose a mentor, select the days and hours he wants to meet the mentor. He can also select the duration of the program. 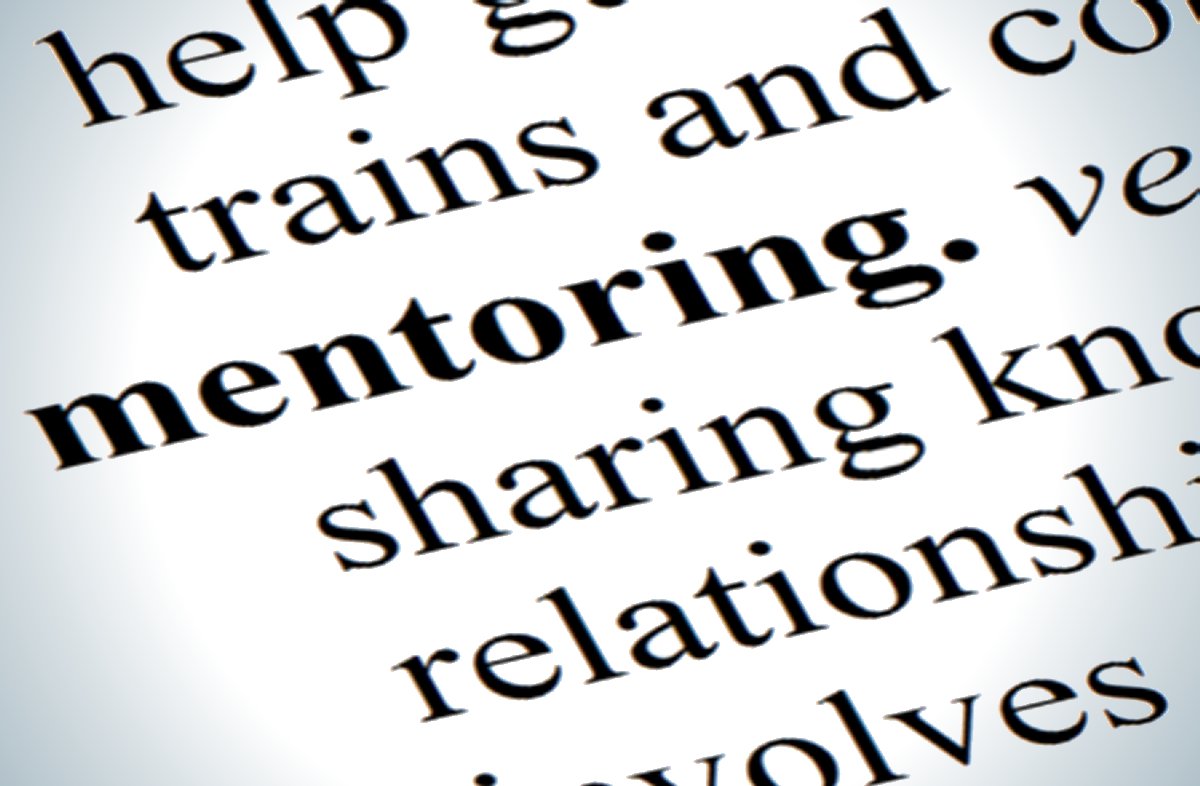 Difference Between Coaching and Mentoring

Coaching: Coaching is helping another person to improve awareness, to set and achieve goals in order to improve a particular behavioral performance.

Mentoring: Mentoring is defined as helping to shape an individual’s beliefs and values in a positive way; often a longer term career relationship from someone who has ‘done it before’.

Coaching: Coaching focuses on the development of specific skills of an individual.

Mentoring: Mentoring focuses on the overall development or progress of an individual.

Coaching: The coach has the upper hand.

Mentoring: Mentoring forms a more personal relationship between the mentor and the mentee.

Coaching: The coach decides the agenda.

Mentoring: The mentee can choose the mentor, and can set his own pace. 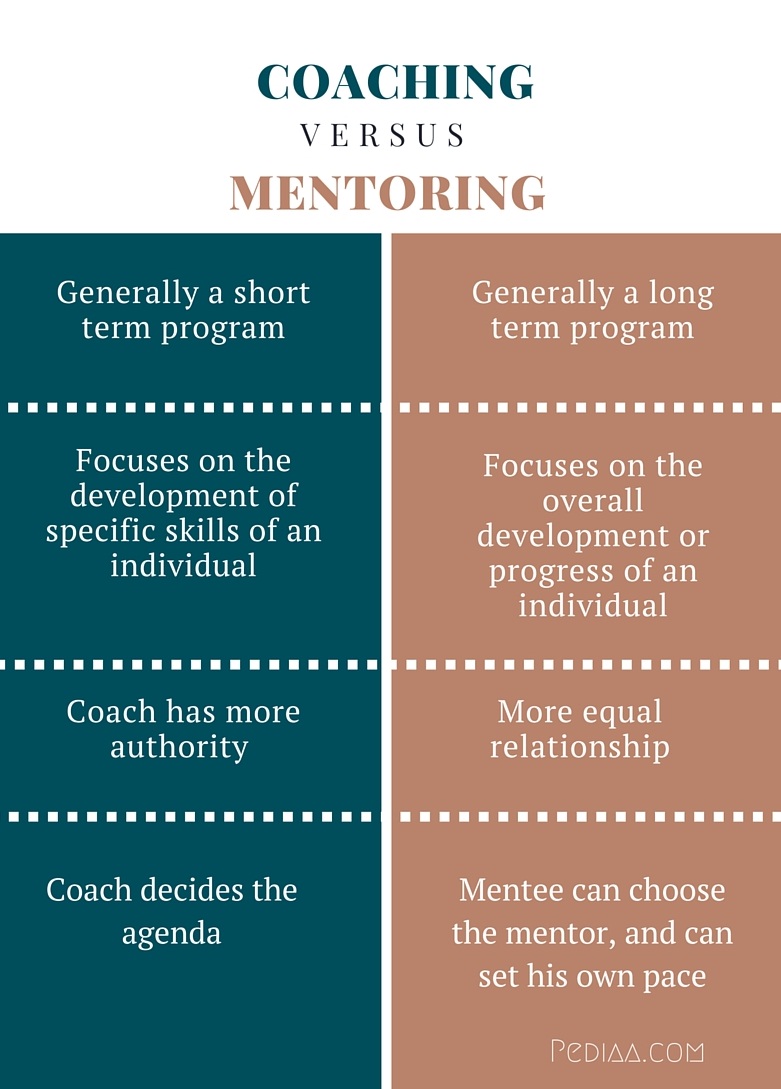 The differences between coaching and mentoring – Brefi Group. (n.d.). Retrieved from here