What is a College

A college is an institute of education, but the meaning of the term college can vary according to different countries.  College can refer to a degree-awarding tertiary educational institute, an institute of vocational education or a part of a collegiate university.

Institutions that provide higher education and lower-level tertiary education are sometimes also called colleges in the US. Community colleges, junior colleges or technical colleges are examples for this. In general conversations, these types of specialized colleges are never referred to as universities.

In tertiary education, college may refer to a part of a university. It can also be a group of faculties or departments. For example, University of Cambridge has 31 colleges.

But it is the university that has the power to conduct examinations and award degrees. the colleges do not have the authority to award degrees; they can only provide tuition, accommodation, and other facilities.

In the UK, the last two years of secondary education can be also called college. These are secondary educational institutions where students aged 16-19 study for their advanced level qualifications. This type of college is specifically known as a sixth form college. 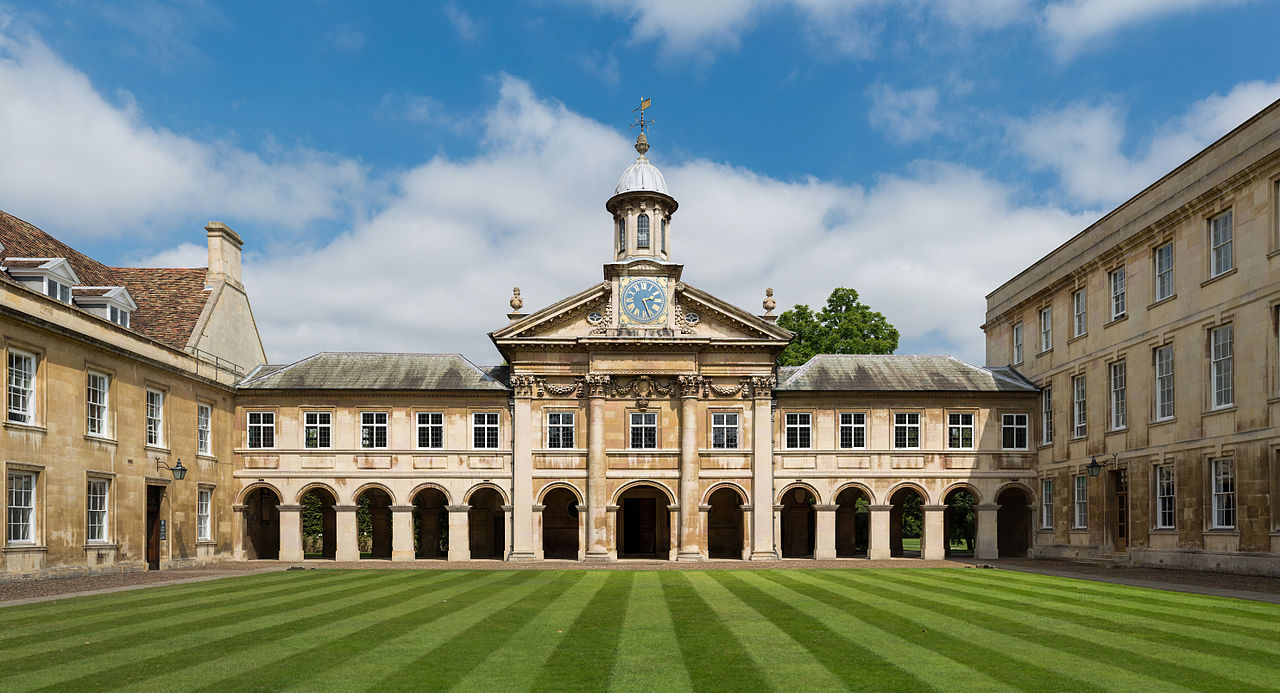 What is a University 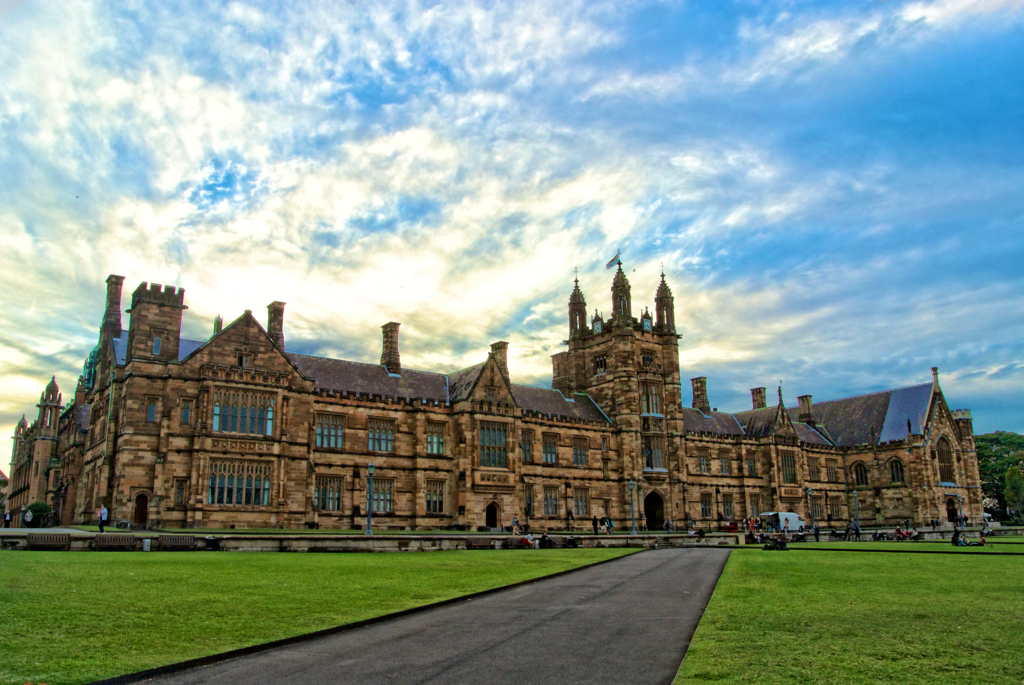 Difference Between College and University in USA

College is a part of a university where you can study for an undergraduate degree or a higher education and lower-level tertiary education institution.

Difference Between College and University in UK

College is a secondary educational institution or a part of a university.

Difference Between College and University in Australia 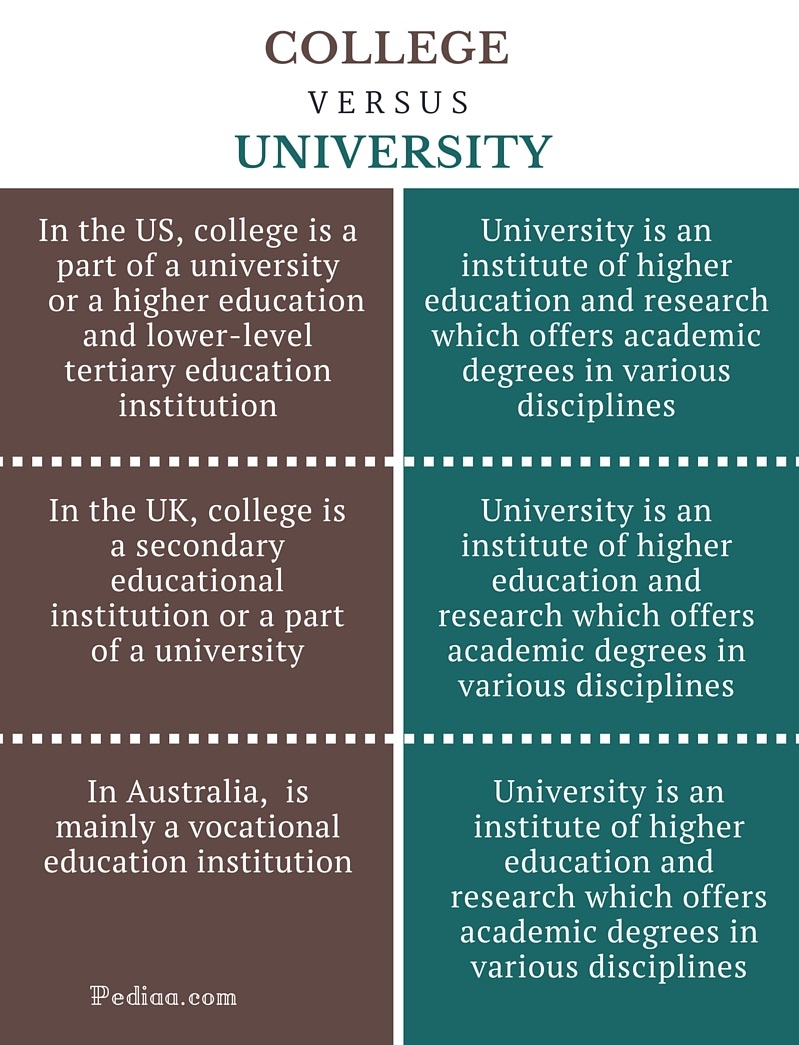