Biological evolution is defined as the process by which the characteristics of organisms change over several successive generations in the aspects of genetic variation and natural selection. It can also be explained as a change in the gene frequency in a population. Darwinism and Lamarckism are two theories put forward to explain this concept of biological evolution. The main difference between Darwinism and Lamarckism is that Darwinism is based on the concept of natural selection whereas Lamarckism is based on the concept of an internal vital force which is present in all living organisms.

In this article, we are going to discuss,

1. What is Darwinism – Theory and Concepts, Characteristic Features

2. What is Lamarckism – Theory and Concepts, Characteristic Features

3. What is the difference between Darwinism and Lamarckism 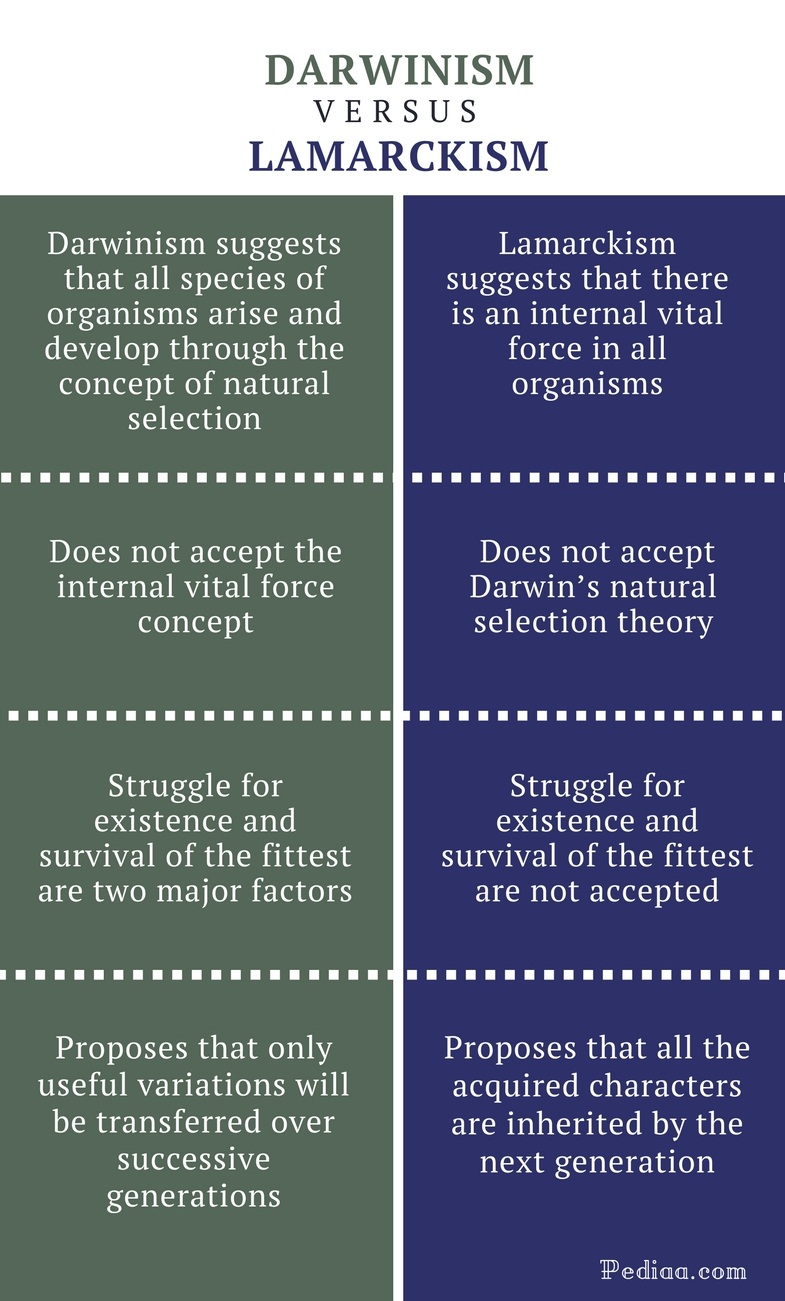 Also known as Darwinian Theory or Theory of Natural Selection, Darwinism is defined as a theory of biological evolution developed by the English naturalist Charles Darwin (1809-1882), explaining a concept where all species of organisms arise and develop through the natural selection of small and inherited variations which increase the ability of an individual to compete, survive, and reproduce. In simpler terms, it is a distinctive form of evolutionary explanation for the history and diversity of life on earth.

The major structures stated in the theory include overproduction, the struggle for existence, variations, survival of the fittest and origin of species. These can be further explained as follows.

Being the first Theory of Evolution, proposed by Jean Baptiste de Lamarck, a French biologist (1744-1829), Lamarckism is defined as a combination of theories which consist of the inheritance of acquired characters and use and disuse of organs.

In simpler terms, this concept suggests that there is an internal vital force in all organisms with the special consideration of essential needs and desires to produce new structures and change in habits of entire organisms.

Major concepts explained by this theory are as follows.

The ancestors of giraffe originally had a small neck and fore­limbs and looked quite similar to horses. But since they were living in places without any surface vegetation, they had to stretch their neck and forelimbs to pick leaves to eat, which resulted in a slight elongation of these parts.

However, these beneficial characteristics passed from generation to generation over time and ultimately resulted in a species with a long neck and forelimbs. 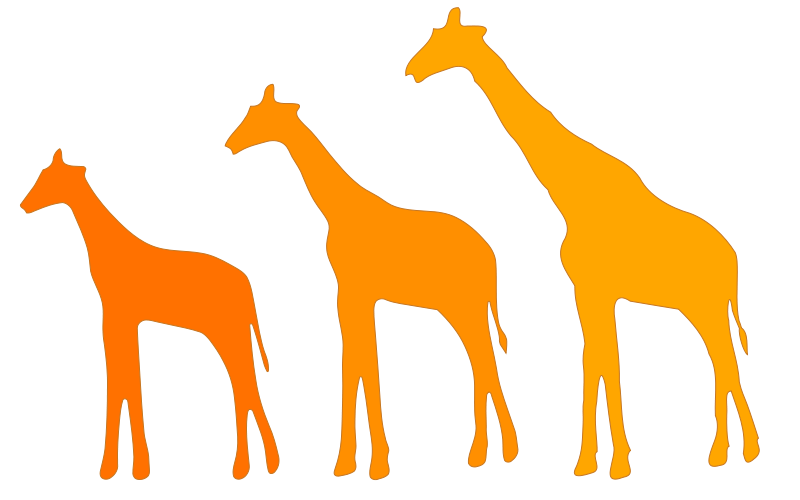 Difference Between Darwinism and Lamarckism

Darwinism: Darwinism suggests that all species of organisms arise and develop through the natural selection of small and inherited variations which increase the ability of an individual to compete, survive, and reproduce.

Lamarckism: Lamarckism is based on new desires which produce new structures and change habits of the organisms over time.

Darwinism: Darwinism does not believe in the internal vital force concept explained in Lamarckism.

Struggle for Existence & Survival of the Fittest

Darwinism: Struggle for existence and survival of the fittest are two major factors described in Darwinism.

Lamarckism: Struggle for existence and survival of the fittest are not accepted by Lamarckism.

Darwinism: According to Darwinism, only useful variations will be transferred over successive generations.

Lamarckism: Lamarckism proposes that all the acquired characters are inherited by the next generation.

“Lamarckian evolution” By Solarist – Own work (CC BY 3.0) via Commons Wikimedia