Although many people think both Dementia and Alzheimer’s refer to the same psychiatric illness, this is a wrong assumption. This confusion often arises in the patient, his family and also health caregivers since both these conditions have an effect on the overall memory, and cognitive and behavioral aspects of the patients. The main difference between Dementia and Alzheimer’s is that Dementia is a term used to address a collection of symptoms whereas Alzheimer’s disease is one of the commonest causes for its occurrence.

According to the National Institute on Aging (NIA), Dementia has been defined as a group of symptoms that have a negative effect on one’s communication skills, behavior and ability to engage in day to day activities. It is also used to describe memory impairment, poor thinking, organization and problem-solving ability, lack of attention, problems in spatial skills, planning and judgment. Some patients may also experience hallucinations, delusions or agitations. However, these symptoms are mainly based on the site of the brain, damaged by the disease which apparently causes Dementia.

For an example, if someone is complaining of dizziness, that can be due to many reasons like ear problems (vertigo), low glucose in the blood, etc. In such cases, a complete history (about how symptoms began, duration, improvements) from the patient, thorough physical examination, and further investigations like blood tests, X-ray, CT scan and  MRI, may be needed to find out the exact cause of a particular symptom to occur. In the same way, different methods of diagnosis will be important to identify the etiology of dementia, which can be either due to Alzheimer’s disease or something else.

Dementia can be classified into several categories based on the primary disease. These categories include Alzheimer’s disease, vascular dementia, frontotemporal dementia, Lewy body disease and mixed dementia ( a combination of many diseases). 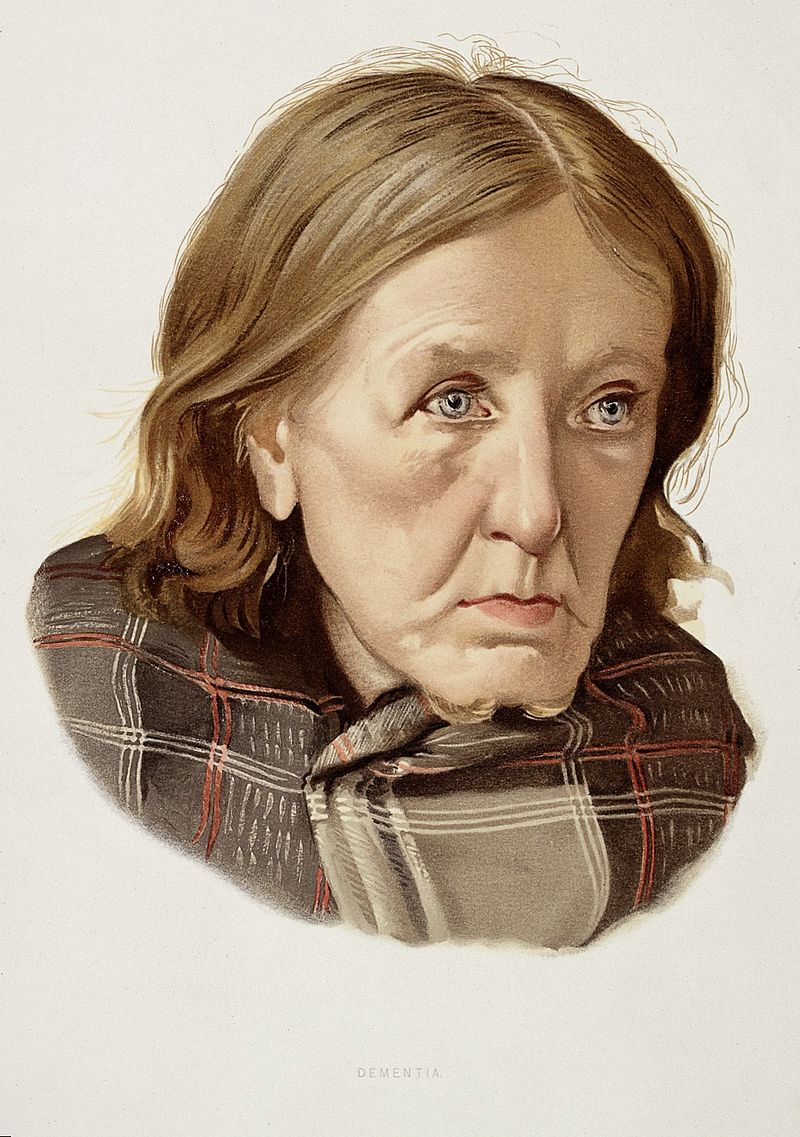 A drawing of a woman diagnosed as having chronic dementia

What is Alzheimer’s Disease (AD)

Being the commonest cause of dementia, accounting for 70-80% of patients, Alzheimer’s disease is considered to be a terminal and slowly – progressive brain disorder consisting of symptoms such as confusion, disorientation, personality and behavioral changes and impaired thoughts and speech. Some patients will also experience delusions, apathy, anxiety, depression and short temper. Dementia usually occurs during mid to later stages of Alzheimer’s disease. 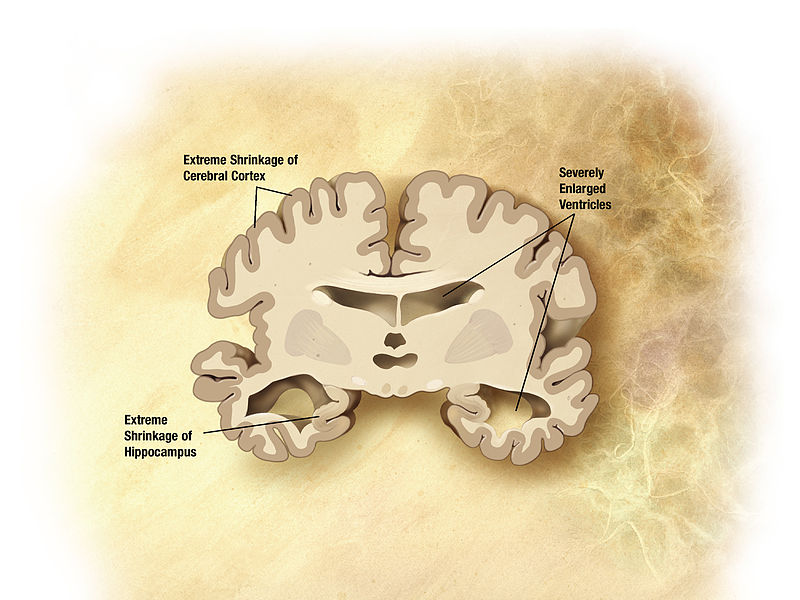 Brain of a person with Alzheimer’s Disease

Difference Between Dementia and Alzheimer’s

Nature of the Disease

Dementia: Dementia is a term used to address a collection of symptoms.

Alzheimer’s: Alzheimer’s disease is one of the commonest causes for its occurrence.

Dementia: Several types of Dementia caused by vitamin deficiencies or drug interactions are known to be temporary, reversible, and cured with proper and timely medication.

Alzheimer’s: Alzheimer’s disease is a terminal, degenerative disease which cannot be reversed or cured even though there are symptomatic treatments and supportive measures.

Dementia: A person can get affected by Dementia during any stage of life.

In summary, Alzheimer’s disease is only one of the many causes which give rise to Dementia, and a detailed history, complete physical examination and laboratory investigations on the demented patient will help to decide the correct etiology and to establish the correct diagnosis.

“A woman diagnosed as suffering from chronic dementia. Colour Wellcome L0026688” By Wellcome Images (CC BY 4.0) via Commons Wikimedia