Difference Between Diabetes and Hypoglycemia

1. What is Diabetes?
– Types, Causes, Signs and Symptoms, Treatment

2. What is Hypoglycemia?
– Causes, Signs and Symptoms, Treatment

3. What is the difference between Diabetes and Hypoglycemia? 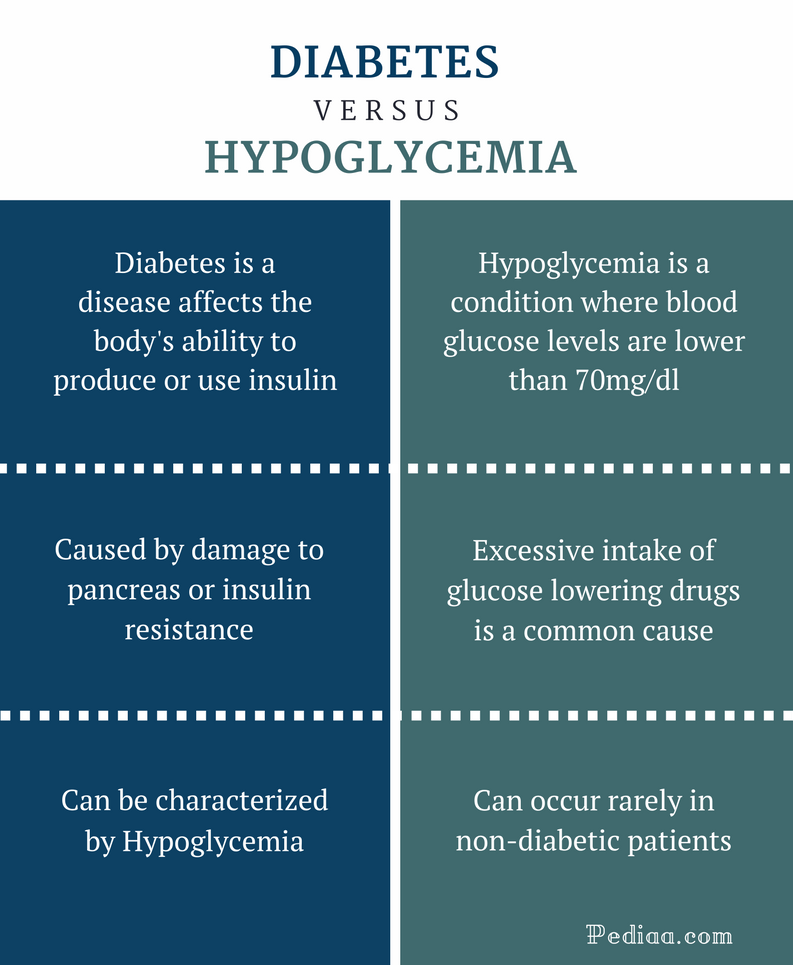 Diabetes is a chronic disorder of metabolism which occurs due to a dysfunctional pancreas which fails in secreting appropriate amounts of Insulin or poorly functioning insulin either due to an inherent pathology or acquired condition later in life. It can also occur as a result of the excessive blood glucose, not responding to secreted amount of insulin due to a separate mechanism known as Insulin resistance.

There are 2 types of Diabetes.

This is a condition which occurs due to the destruction of pancreatic Beta cells by autoimmune cells in the body. These people do not produce insulin at all, and therefore insulin injections are a must. This usually initiates before 20 years, but can be seen at any age.

In this condition, insulin produced is not used by the cells as well as they should. This is called insulin resistance. This usually affects obese individuals over 40 years of age and referred to as adult-onset Diabetes.

Signs and Symptoms of Diabetes

Lifestyle modifications include a healthy diet, cut down of carbohydrates and sugars, increased intake of proteins, physical exercises and reduction of weight in obese individuals.

Furthermore, annual screening tests should be carried out to check vision, neurological functioning and kidney functions for the early detection of Diabetic complications. 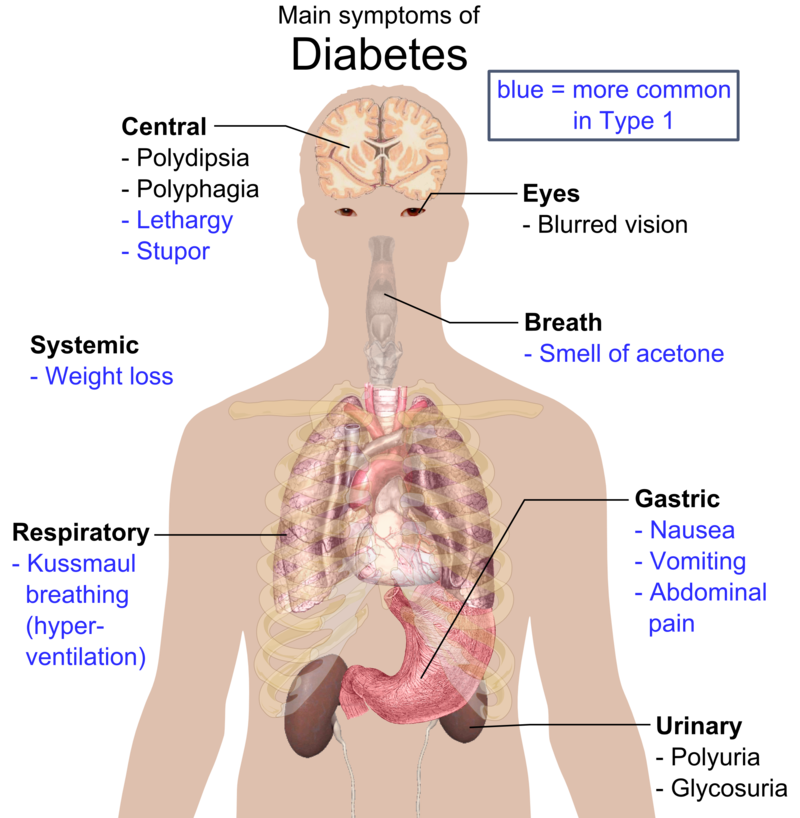 Also known as Insulin reaction or Insulin shock, Hypoglycemia is defined as a condition characterized by an abnormally low blood glucose level which is less than 70 mg/dl. This is usually caused by excessive doses of drugs taken to reduce the blood glucose levels.

Signs and Symptoms of Hypoglycemia

The signs and symptoms of hypoglycemia can vary from one person to another, depending on the individual response of the body to low blood glucose levels and it is highly important to identify the warning signs, to prevent complications like falls and accidents due to sudden unconsciousness, coma or death.

The only way to identify Hypoglycemia in a patient with suspected clinical signs is to check blood glucose levels.

People with frequent and severe hypoglycemic attacks should take Glycogen injections during the attack; this can be injected to the buttock, arm or thigh. There can be side effects of nausea and vomiting on regaining of consciousness. 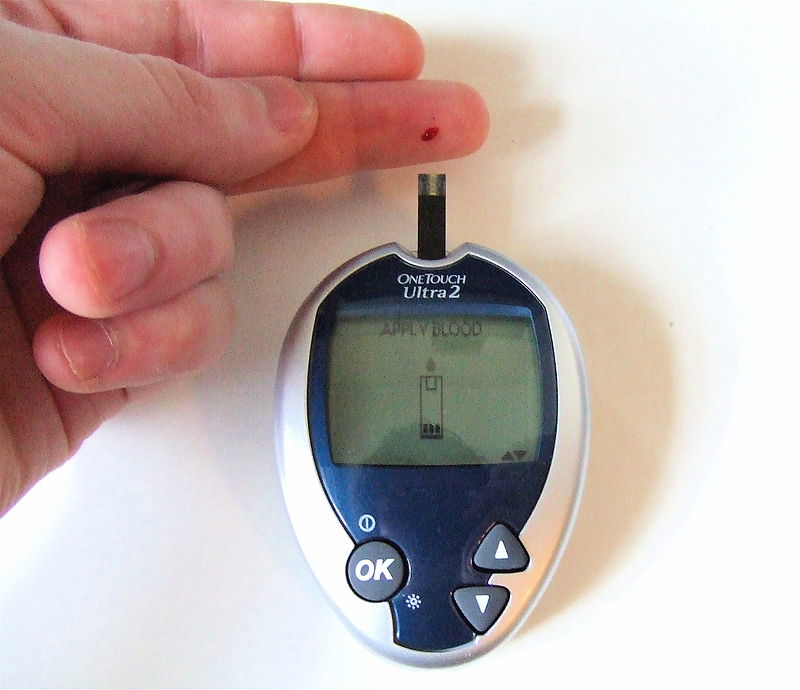 Difference Between Diabetes and Hypoglycemia

Diabetes is a disease where the body does not produce enough insulin or body becomes resistant to already available insulin. Due to this insufficiency or resistance, it is difficult for the blood glucose to get absorbed and enter into the body cells; this will result in an excessive amount of glucose in the circulation which can damage nerves, kidneys, and eyes.

Hypoglycemia is defined as a condition where blood glucose levels are lower than 70mg/dl. The commonest cause is the excessive intake of glucose lowering drugs by Diabetic patients. But this can also occur rarely in non-diabetic patients, due to various pathologies.