Both dolphin and porpoise are marine mammals categorized under order Cetacea. The whale is another member that belongs to this order. This order represents small to extremely large, hairless, fish-shaped mammals that are well adapted to live their entire life in aquatic habitats. The most prominent characteristic features of these mammals include the presence of flippers (modified front limbs), absence of hind limbs, small ears and eyes, nostrils located on the top of the head as a single or double blowhole and the absence of vocal apparatus. These are some few features of cetaceans. Based on the presence or absence of teeth, cetaceans are divided into two categories, Odontoceti (toothed whales) and Mysticeti (baleen whales). Dolphins and porpoises belong to Suborder Odontoceti. Until recently, small dolphins were referred to as porpoises. However, with the solid morphological and genetic evidence, the term porpoise is currently linked with a separate odontocete family called Phocoenidae. The main difference between Dolphin and Porpoise is their teeth. By observing the morphology of teeth, porpoises and dolphins can be clearly distinguished. Dolphins have pointed, canine-like teeth, whereas porpoises have flat incisor-like teeth. More differences between dolphins and porpoises are discussed in this article.

Dolphins belong to the largest group of the odontocete cetaceans, family Delphinidae. This family includes small-sized dolphins from 1 to 1.8 m long to larger-sized killer whales that reach up to about 9.8 m long. Dolphins are exclusively aquatic, and many of the species live in marine habitats. The common characteristic features of this family include the presence of noticeable beak, conical-shaped canine-like teeth, and the large falcate dorsal fin situated near the middle of the back. These features may vary among the species, except the presence of conical teeth. Dolphins are excellent swimmers owing to their streamlined body and often show schooling behavior. They usually communicate with other members by clicks and whistle-like sounds. These sounds are produced by an organ called melon. These clicking sounds are extremely important to locate prey in the water. 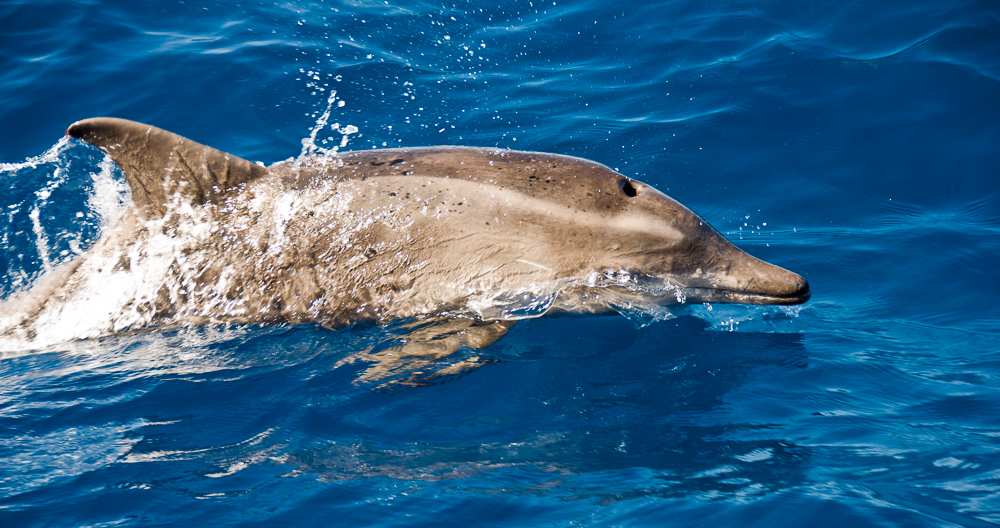 Steno bredanensis, a rough-toothed dolphin found in the Mediterranean Sea

Porpoises are categorized under cetacean family Phocoenidae. These members are usually small in size (less than 2.5 m) and clearly distinguished from dolphins by their flat incisor-like (spade-like) teeth. In addition, they have either a short, indistinct beak or no beak at all. Porpoises are often found near coastal areas. They usually form smaller groups and have simpler social structure, unlike dolphins. In some porpoise species, males are smaller than females. 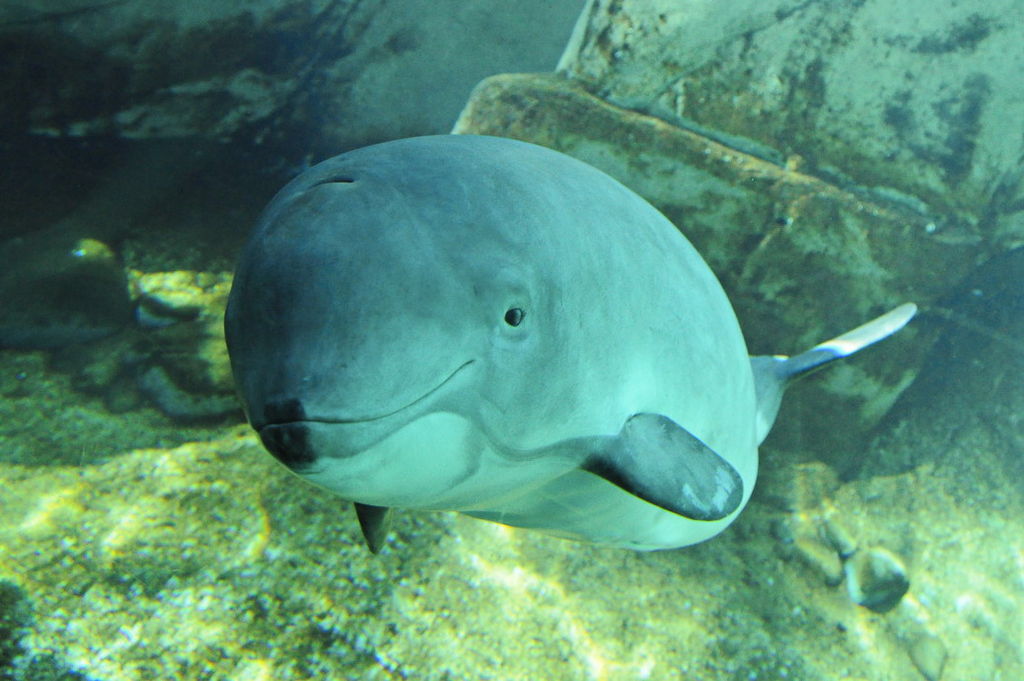 Difference Between Dolphin and Porpoise

Dolphin species are in the size range from 1 to 10 m.

Porpoise species are smaller than dolphins and less than 2.5 m. 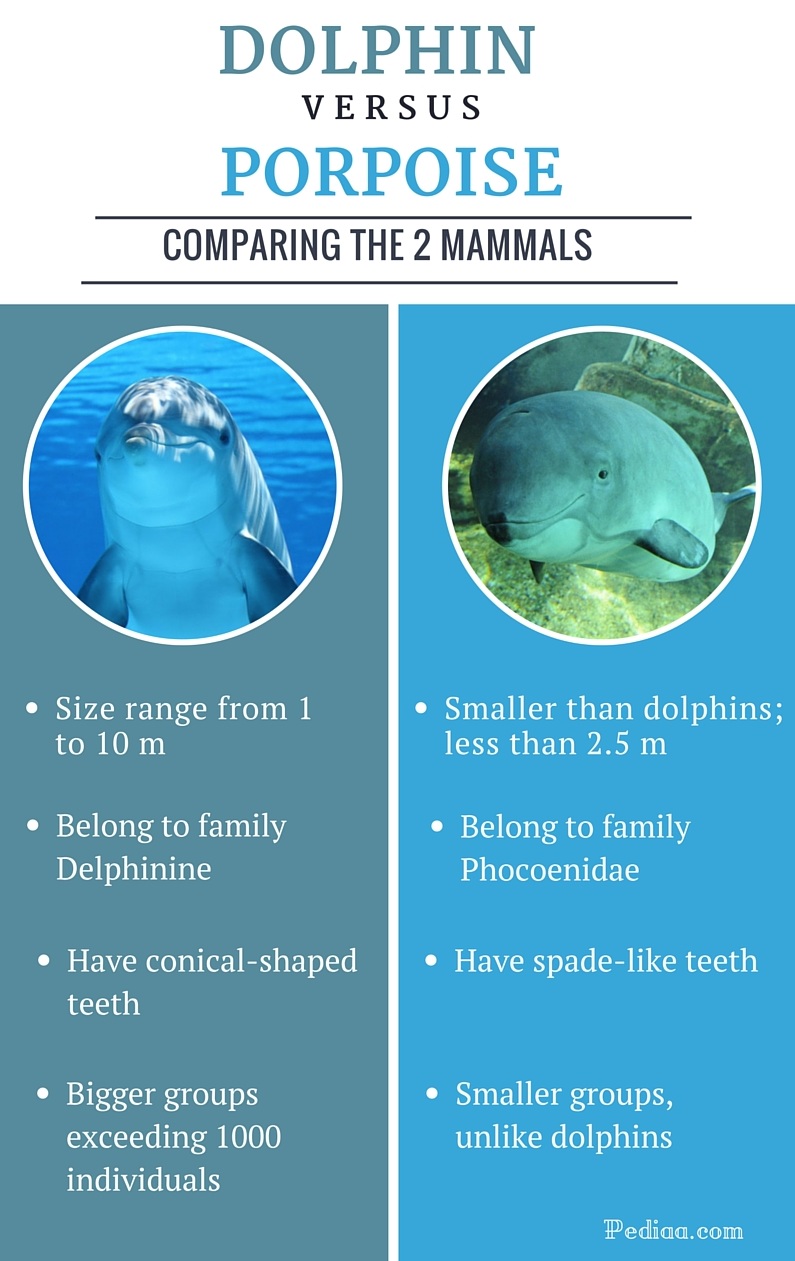