Dumb and stupid are two adjectives that are often used to refer to unintelligence or ignorance. Although these two words have similar meanings, there is a difference between them based on their usage.  It is mainly in American English that dumb is used as a synonym for stupid.  Dumb has some additional meanings apart from this meaning. This is the main difference between dumb and stupid. 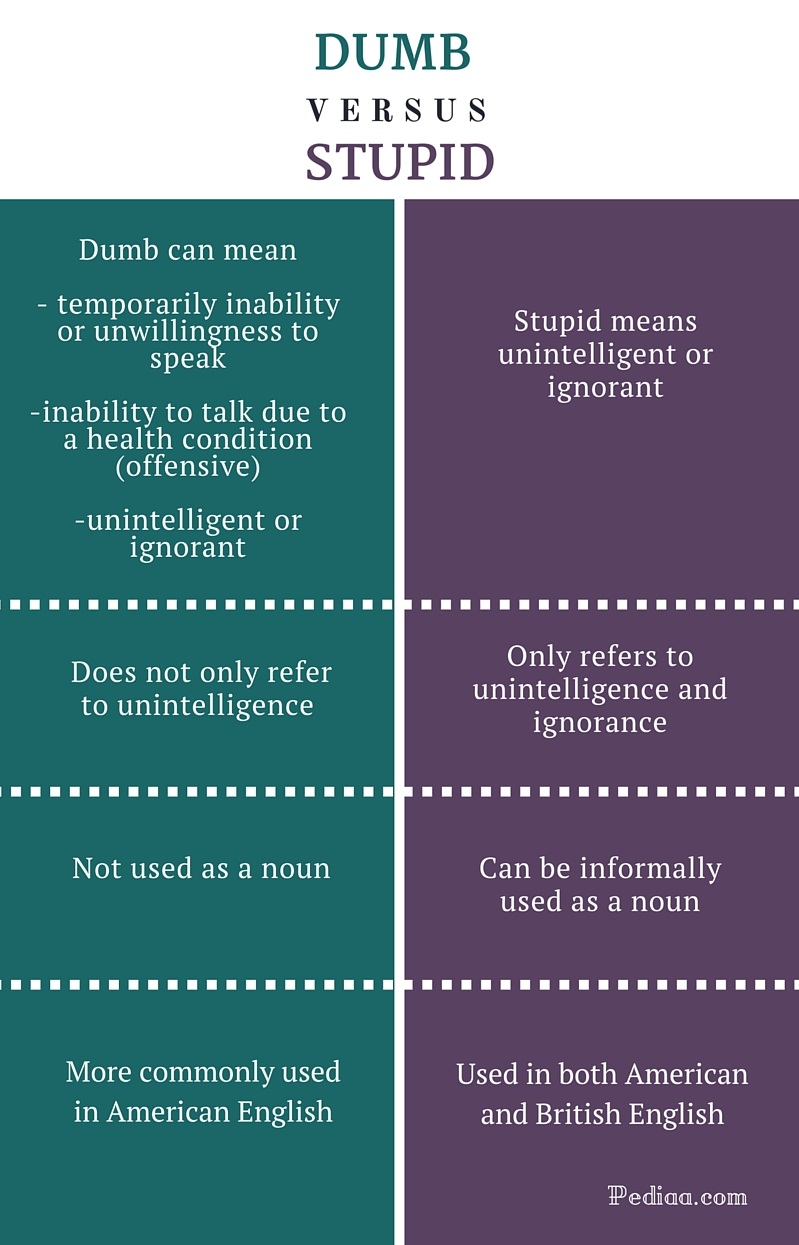 The adjective dumb originally had the meaning mute, or unable to speak. This adjective was originally used to describe a person who is unable to speak due to a congenital deafness or temporary inability or unwillingness to speak. But at present, dumb is used as a synonym for stupid or unintelligent. This usage is very popular in American English.

This new meaning of dumb has become so popular that dumb is now considered as a pejorative word. Therefore, dumb is no longer used to refer to a person who cannot speak. Terms like speech-impaired are considered more polite alternatives. But dumb can be used to refer to temporary inability to speak. The following examples will help you to understand the meanings and usage of this adjective verb.

That was a dumb question!

I stood dumb while he roared in anger.

How can you be so dumb?

She stated at him in dumb amazement. 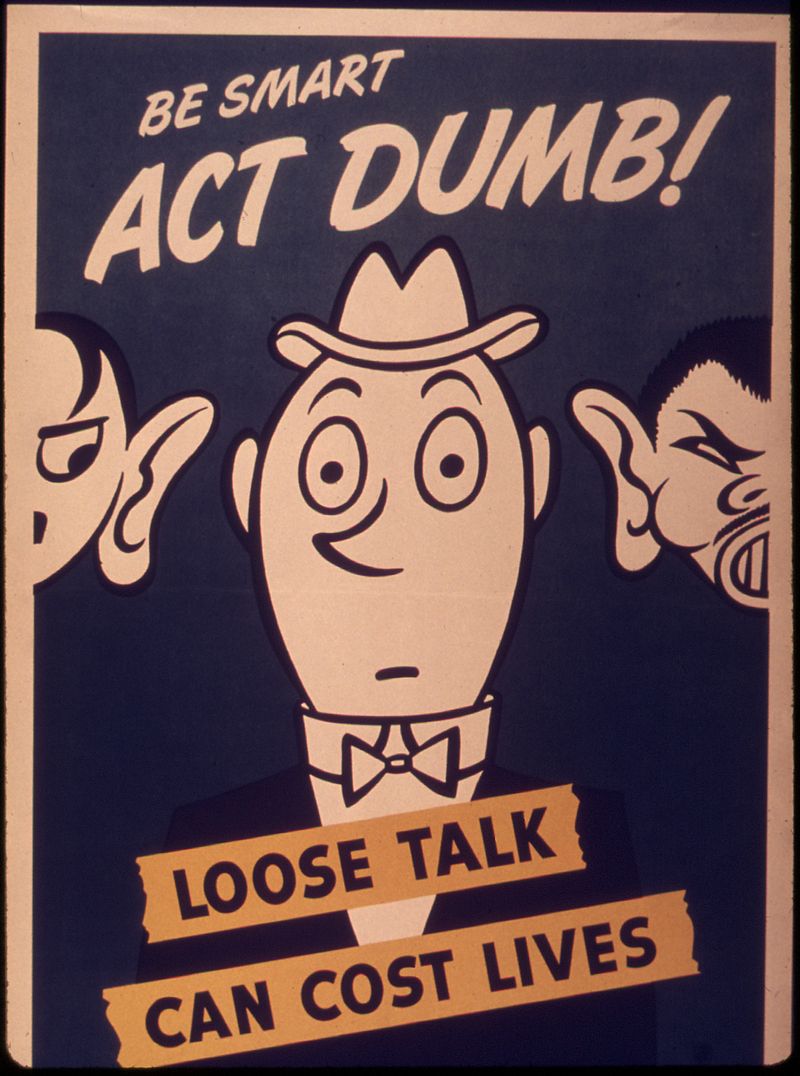 Stupid is an adjective referring to the lack of intelligence or common sense.  It is synonymous with unintelligent, ignorant, dimwitted, and foolish. In informal speech, stupid can also be used as a noun to refer to an unintelligent person. Stupid can also refer to dazed and unable to think logically. Given below are some examples explaining the meaning and usage of stupid.

Why didn’t you call me, stupid?

Why are you so stupid?

It was stupid of you to hide from them.

He had a stupid expression on his face.

She is just a stupid, old woman. 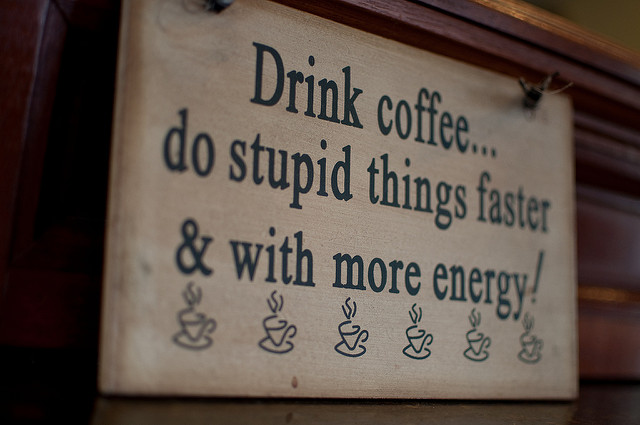 Difference Between Dumb and Stupid

– temporary inability or unwillingness to speak

-inability to talk due to a health condition (offensive)

Dumb does not refer to unintelligence only.

Stupid only refers to unintelligence and ignorance.

Dumb is not used as a noun.

Stupid can be informally used as a noun.

Stupid is used in both American and British English.

“Drink Coffee Stupid” by chuckyeager (CC BY 2.0)  via Flickr