What is Economy Class

Economy class is the lowest travel class in airlines, and it is most often the most inexpensive travel class. Economy passengers are seated in the main cabin of the aircraft. The seats can be reclined and there is a fold-down table. But the seats are small and packed more closely together. The in-flight services are also limited compared to business class.

Many major airlines do not serve meals in economy class for short flights; meals are generally provided for only international flights. In most cases, passengers have to pay for their meals and snacks separately from their ticket. 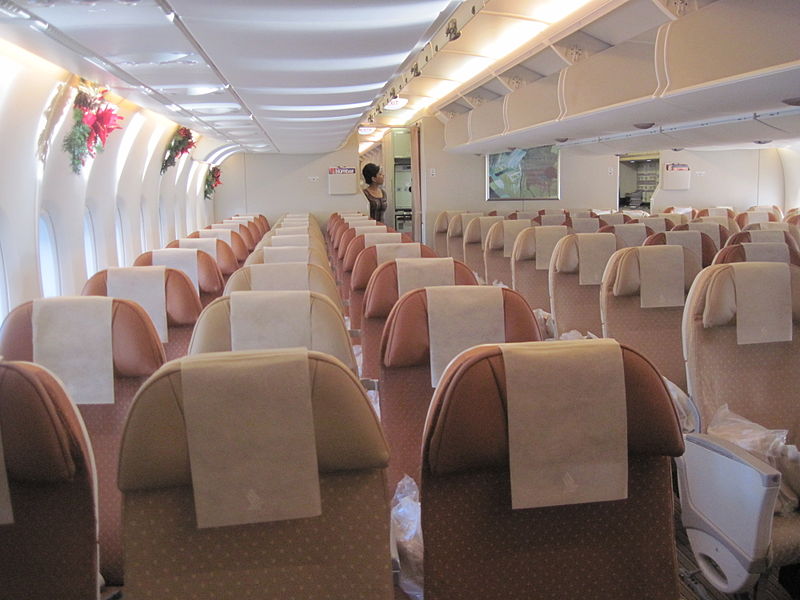 What is Premium Economy Class

Premium Economy Class is mostly found in international flights. One of the most common features of this travel class is that it offers extra legroom. In addition, it can also offer services like extra inches of seat width and seat recline, adjustable headrests or leg rests, laptop power ports, premium food services, and larger personal TV screen. The seat pitch in Premium Economy class ranges from about 36-40 inches and the seat width ranges from about 18.5 – 21 inches. Power outlets are generally available for all the seats and adapters are also not needed since AC power is available. 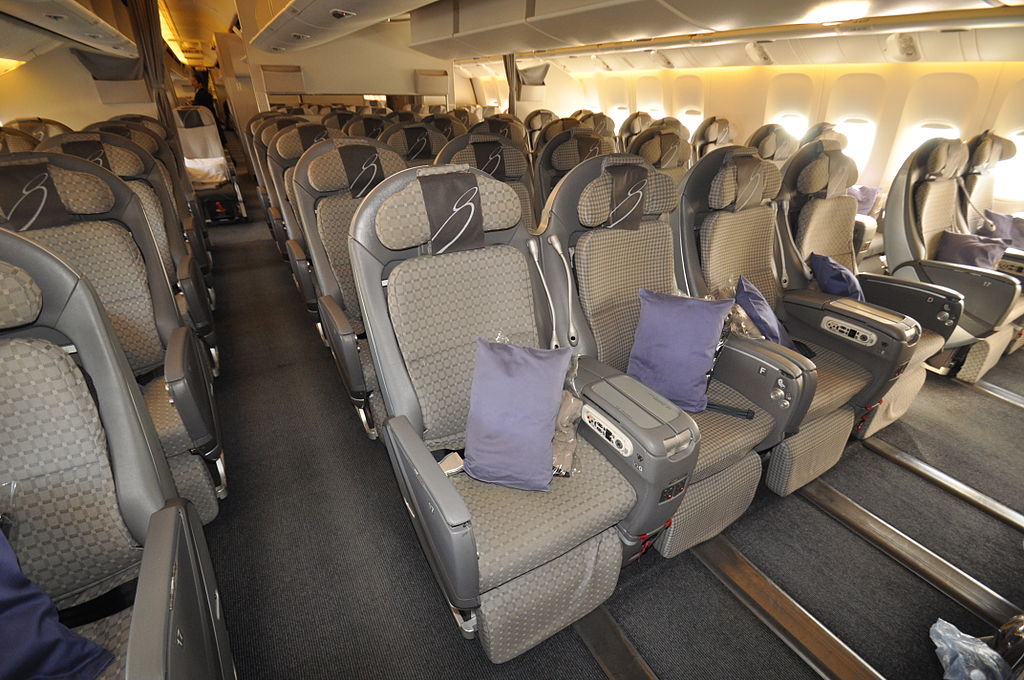 The following table looks at some differences between Economy and Premium Economy Class in some major airlines.

Difference Between Economy and Premium Economy

Economy is the lowest travel class in airlines.

Premium Economy is positioned between Economy and Business Class.

Economy is available on all airlines and flights although it may be known by another name.

Premium Economy is available on some airlines, especially on international flights.

Economy seats have about 29 to 36 inches of seat pitch.

Economy may not provide power outlets.