Evidence and proof are two words that we commonly use interchangeably in general parlance.  However, there is a subtle difference between evidence and proof. Evidence refers to information or facts that help us to establish the truth or existence of something. Proof is the sum of evidence which helps to prove something. The main difference between evidence and proof is that proof is more concrete and conclusive than evidence. However, it is important to note that these two words can be used interchangeably in common usage despite this difference.

1. What Does Evidence Mean – Definition, Meaning, Usage and Characteristics

2. What Does Proof Mean – Definition, Meaning, Usage and Characteristics

3. Difference Between Evidence and Proof 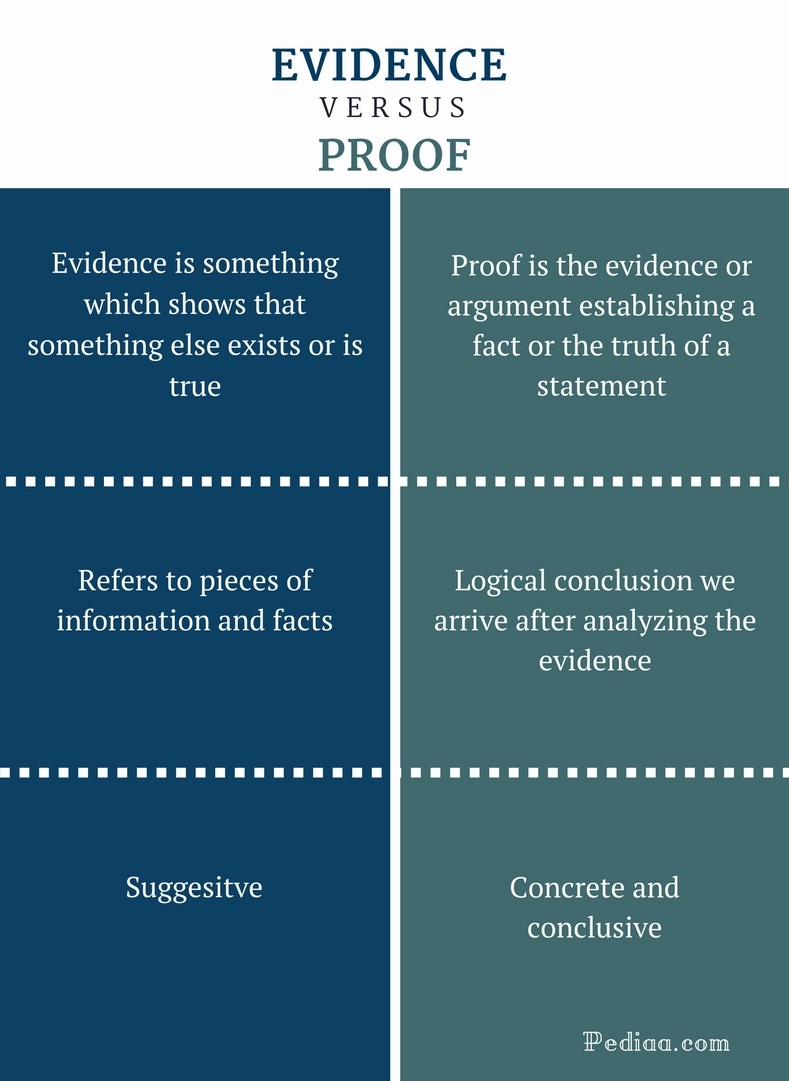 The Oxford dictionary defines evidence as “available body of facts or information indicating whether a belief or proposition is true or valid”. Merriam-Webster dictionary provides a more simple definition: “something which shows that something else exists or is true.” As these definitions indicate, evidence is the information or facts that help us to establish the truth or existence of something. However, evidence is not as conclusive as proof. It merely suggests that something is possible.

For example, imagine an open, empty cookie bar and a boy who is covered in crumbs is standing close to it. The empty jar and the boy are evidence to the offense, but unless someone makes a logical argument using this information, there is no way to prove that the jar had cookies and the boy ate them. 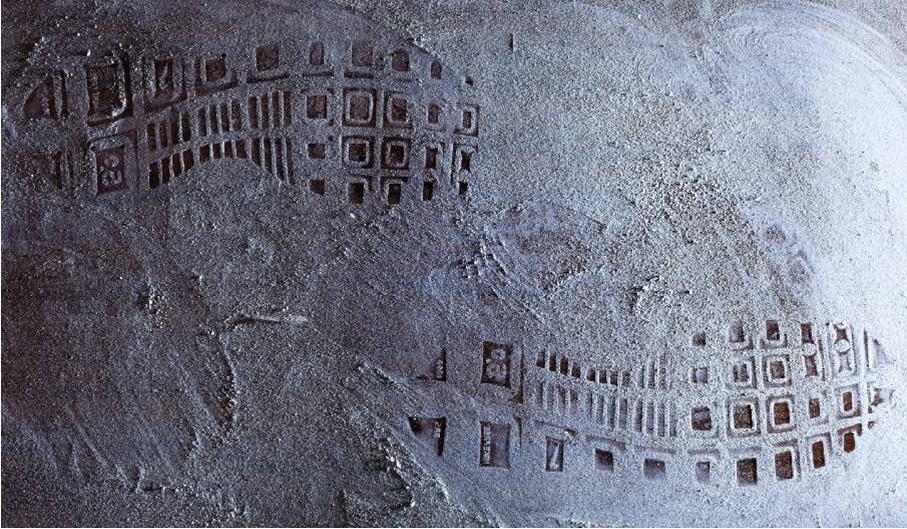 Shoeprints can be considered as an evidence.

The Merriam- Webster dictionary defines proof as “the cogency of evidence that compels acceptance by the mind of a truth or a fact” and Oxford dictionary defines it as “evidence or argument establishing a fact or the truth of a statement.” As these definitions indicate, proof is more concrete than evidence. We use the word proof when we have established the truth of a matter by examining the evidence and creating a strong argument. All evidence adds up to proof. In other words, evidence does not become proof until someone takes the pieces of facts and information and arrive at a logical and concrete conclusion. For example, if the evidence acts as a theory or hypothesis, the proof proves the theory to be a fact. 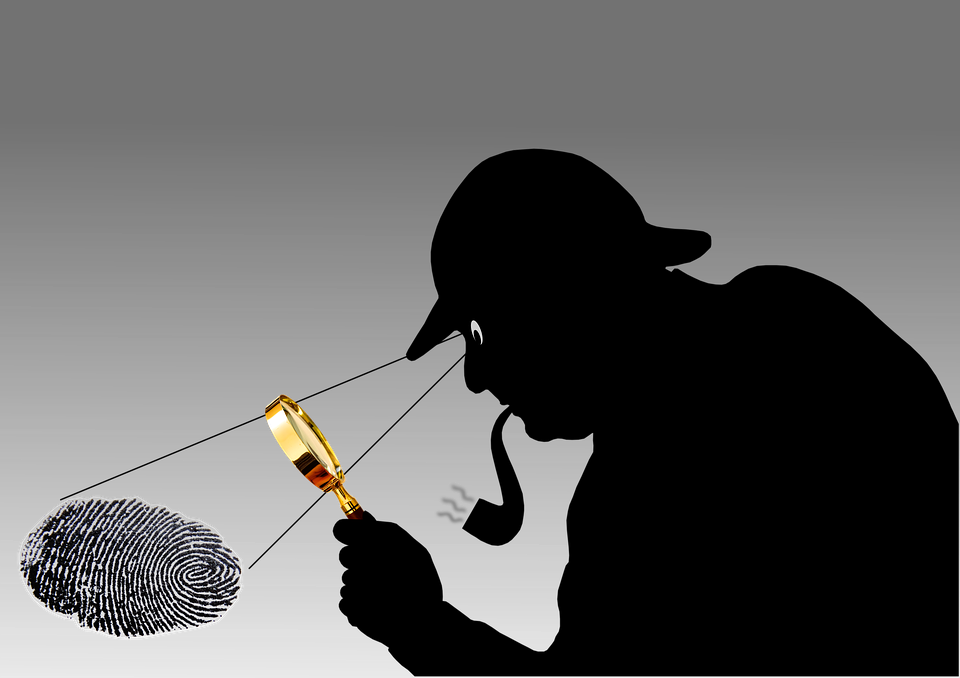 Proof is what you get by analyzing all the evidence.

Difference Between Evidence and Proof

Evidence is something which shows that something else exists or is true.

Proof is the evidence or argument establishing a fact or the truth of a statement.

Evidence refers to pieces of information and facts.

Proof is the logical conclusion we arrive after analyzing the evidence.