1. What Does Evolution Mean – Definition, Meaning and Usage of the word Evolution

2. What Does Revolution Mean – Definition, Meaning and Usage of the word Revolution

3. What is the Difference Between Evolution and Revolution 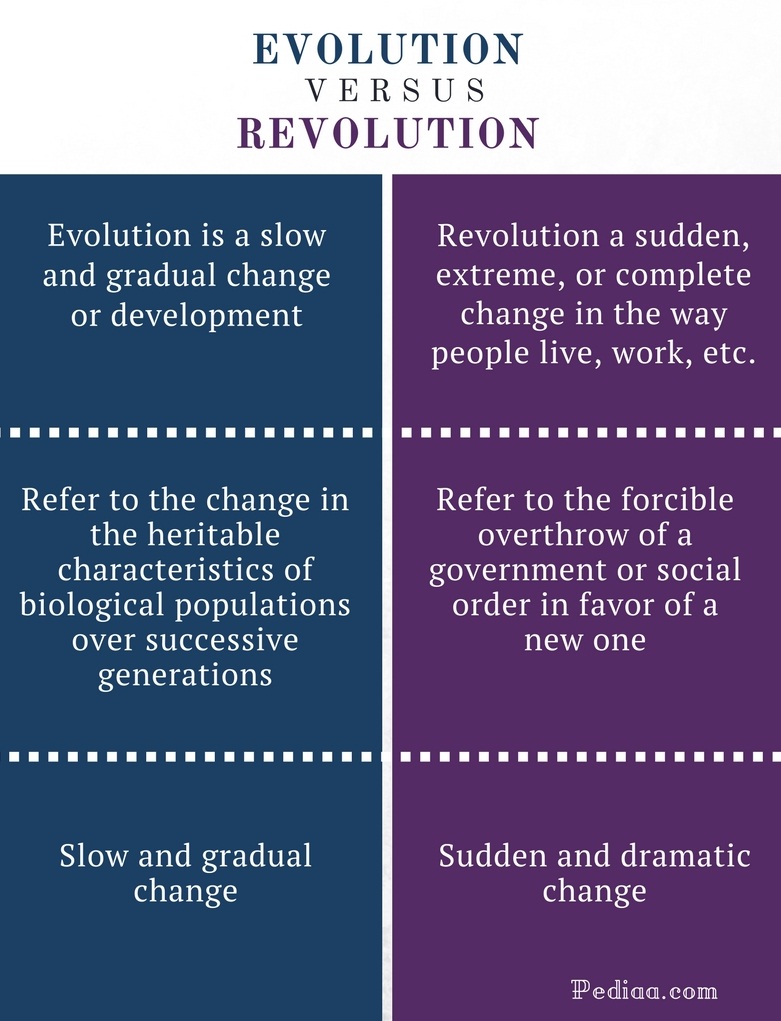 What Does Evolution Mean

He studied the evolution of the English language in class.

It is an important phase in the evolution of mobile phones.

The evolution of the music can be studied under several stages.

In biology, evolution refers to the process by which different kinds of living organisms are thought to have developed from their earlier forms during the history of the earth. This process is also a very slow and gradual development which took place over thousands of years. 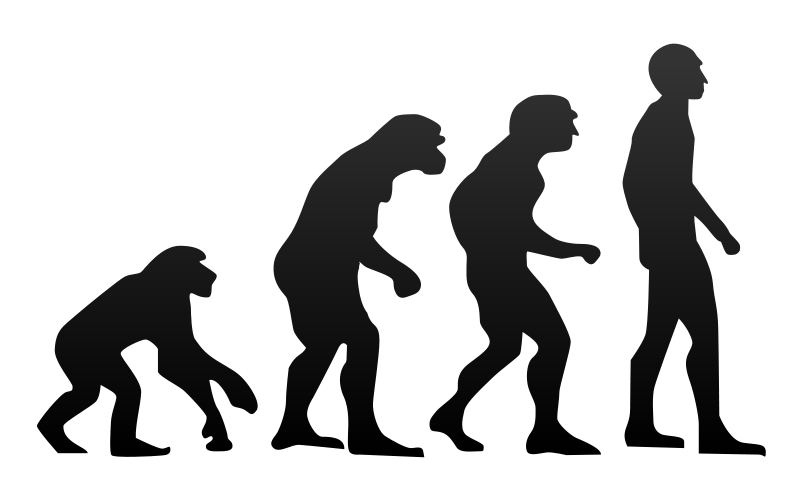 What Does Revolution Mean

Revolution also refers to a change, but this change is bigger and sudden. The Oxford dictionary defines revolution as a “dramatic and wide-reaching change in conditions, attitudes, or operation” and Merriam-Webster defines it as “a sudden, extreme, or complete change in the way people live, work, etc.” For example,

The invention of the printing press caused a revolution in literature.

Primary education underwent a revolution due to this new theory.

This new discovery could cause a revolution in quantum physics.

In all the above examples, revolution refers to a massive change. However, revolution also can refer to the forcible overthrow of a government or social order in favor of a new one. French revolution ‎(1789–99) and Russian Revolution (1917) are examples of this kind of incidents. 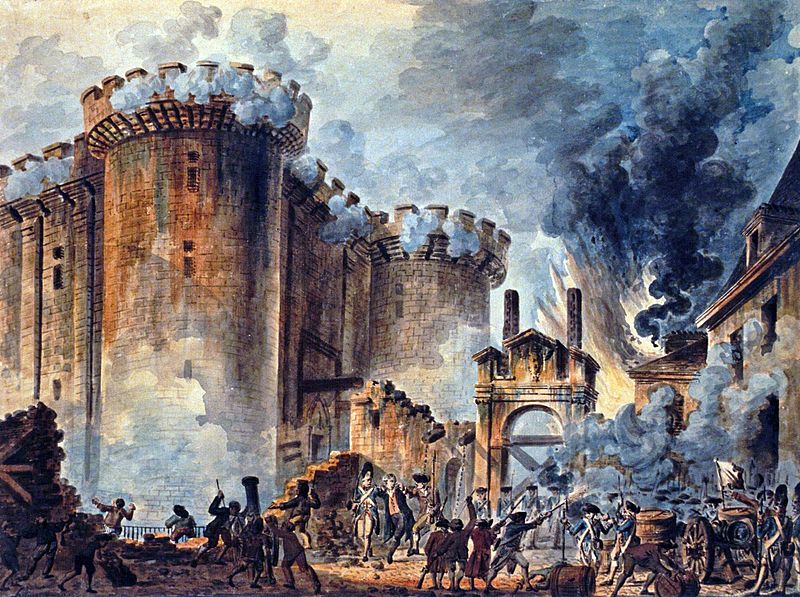 The Storming of the Bastille, during French Revolution.

Difference Between Evolution and Revolution

Evolution is a slow and gradual change or development.

Evolution can refer to the change in the heritable characteristics of biological populations over successive generations.

Revolution can refer to the forcible overthrow of a government or social order in favor of a new one.

Evolution is a slow and gradual change.

Revolution is a sudden and dramatic change.