The difference between feet and foot actually lies in their number. Feet is the plural form of foot. However, feet and foot also has two distinct meanings. Foot and feet is the lower part of the leg as well as a measurement of height, length and distance.

As mentioned above, foot can refer to the lower part of the leg. This meaning is conveyed in the following examples.

The wound in her foot is infected.

There is a birthmark on her right foot.

Foot is also a measurement of height, length and distance. Although foot is a singular form, you would have probably noticed that it is often used with measurements. You might have heard people saying their height as ‘five foot five’ and ‘six foot’. This usage is a standard form used in conversations. This singular measurement is also used with numbers, when the measurement acts as an adjective. For example, six-foot girl, ten-foot pole, five-foot door, etc. Therefore, the usage of foot in the following examples cannot be deemed incorrect.

It was a six-foot wall.

He saw a fifty-foot wave.

The seven-foot man was a giant.

Note that when the measurement is used as a modifier, the number and the unit is often separated by a dash. 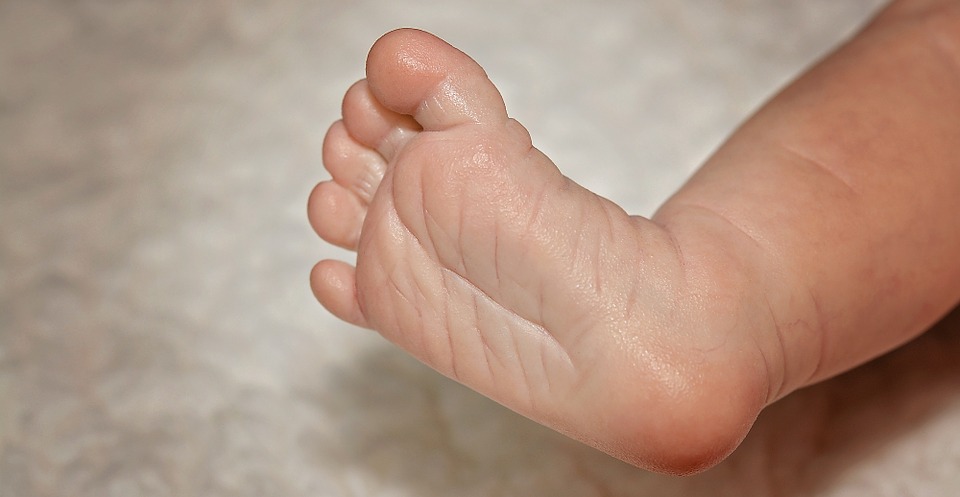 Feet is the plural form of foot. You can use this word if you are referring to the lower parts of both your legs. For example,

He dipped his feet in the ice cold water.

I’ve been on my feet all day.

Feet is also used to refer to a measurement of height, length and depth. For example,

The well is fifty feet deep.

I jumped seven feet over a wall.

The dwarf was only two feet tall.

We were standing a few feet apart.

But when the measurement is used as an adjective (six-foot pole, ten-foot tree, etc. ) the singular measurement foot is used instead of  feet.

He was a ten-foot giant.→ The giant was ten feet tall.

He climbed a twenty-foot tree.→ The tree he climbed is twenty feet in height. 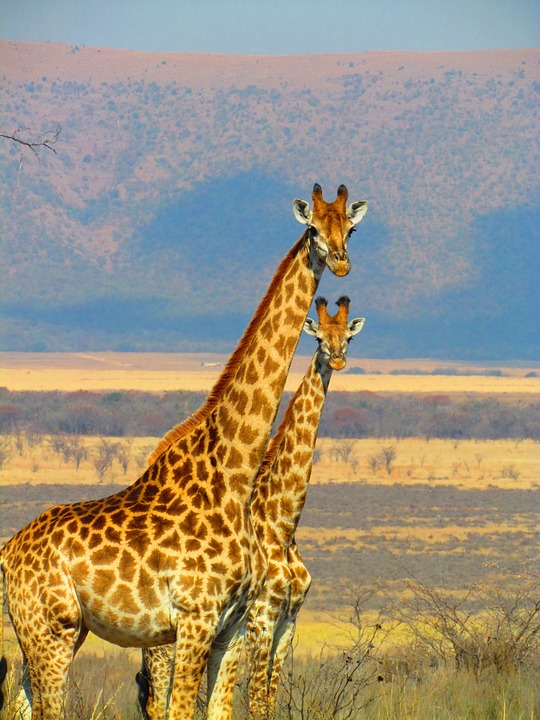 A male giraffe can reach up to 18 feet.

Difference Between Feet and Foot

Foot can either refer to

Feet is the plural form of foot.

Feet is the plural form of foot.

Foot is the singular form of feet.

Foot is also used with plural measurements, especially in spoken language and when the measurement acts as an adjective.

Feet is not used with plural measurements when the measurement acts as a modifier.

Foot is used with plural measurements when the measurement acts as a modifier. 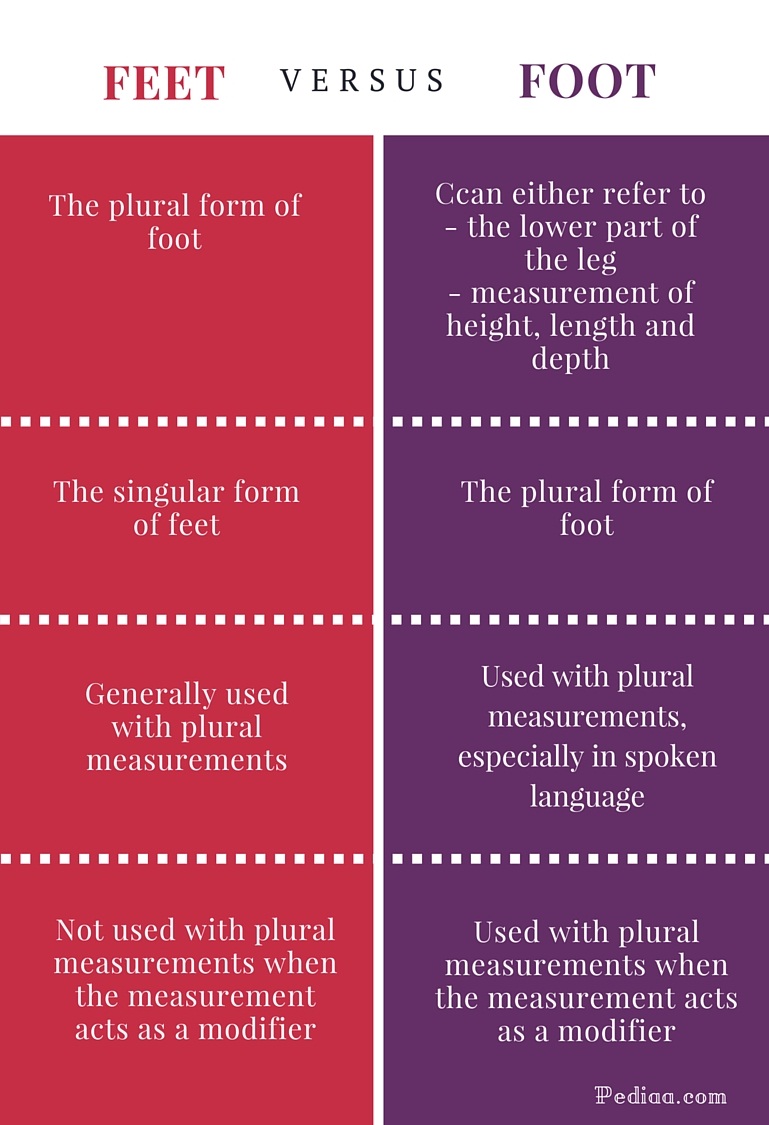