In everyday usage, the terms force and pressure may have similar connotations. However, the scientific usage of these terms are not the same. The main difference between force and pressure is that force is described as an interaction which has the ability cause acceleration while pressure is defined as the force acting perpendicular to a surface per unit area.

From Newton’s second law, we can describe a force as an interaction which has the ability to cause acceleration. Of course, if the net force on an object is 0 then there would not be a net acceleration. More simply, forces are often described as pushes or pulls.

A force is needed to make a stationary body move, or to speed up, slow down or change the direction of motion of a body that is already in motion. Force is a vector quantity with a specified direction, measured in units of newtons (N).

is the magnitude of force

acting perpendicular to a surface per unit area:

The surface of a body immersed in fluid experiences a pressure due to the weight of fluid above it. Here, the orientation of the surface does not matter. Pressure always acts perpendicular to the surface.

Note that two surfaces with different areas immersed at the same depth in a fluid experiences the same pressure but different forces. A related principle is used to work hydraulic jacks. Here, the same pressure is transferred along an enclosed body of fluid from one end of a container to the other. By having different sizes of pistons at each end, the force given from one piston can be amplified at the other end. 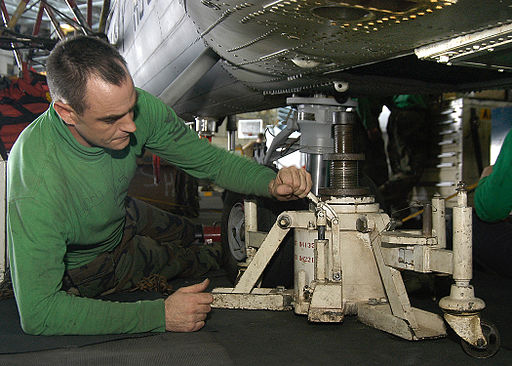 The difference between force and pressure is exemplified in the working principle of a hydraulic jack. At one end of the jack, the user exerts a smaller force on the smaller piston. There is a fluid within the jack, which transmits the same pressure to the other end of the jack. At that end, the piston size is larger, which causes an increased force to act on the car.

What is the difference between Force and Pressure

Force is an interaction which has the ability to cause an acceleration.

Pressure is the force exerted perpendicular to a surface per unit area.

Force is a vector quantity.

Pressure is a scalar quantity.

Force is measured in newtons (N).

Pressure is measured in pascals (Pa).