Here, we will discuss,

1. What is Free Market? – Definition and Characteristics

2. What is Capitalism? – Definition and Characteristics

3. What is the difference between Free market and Capitalism? 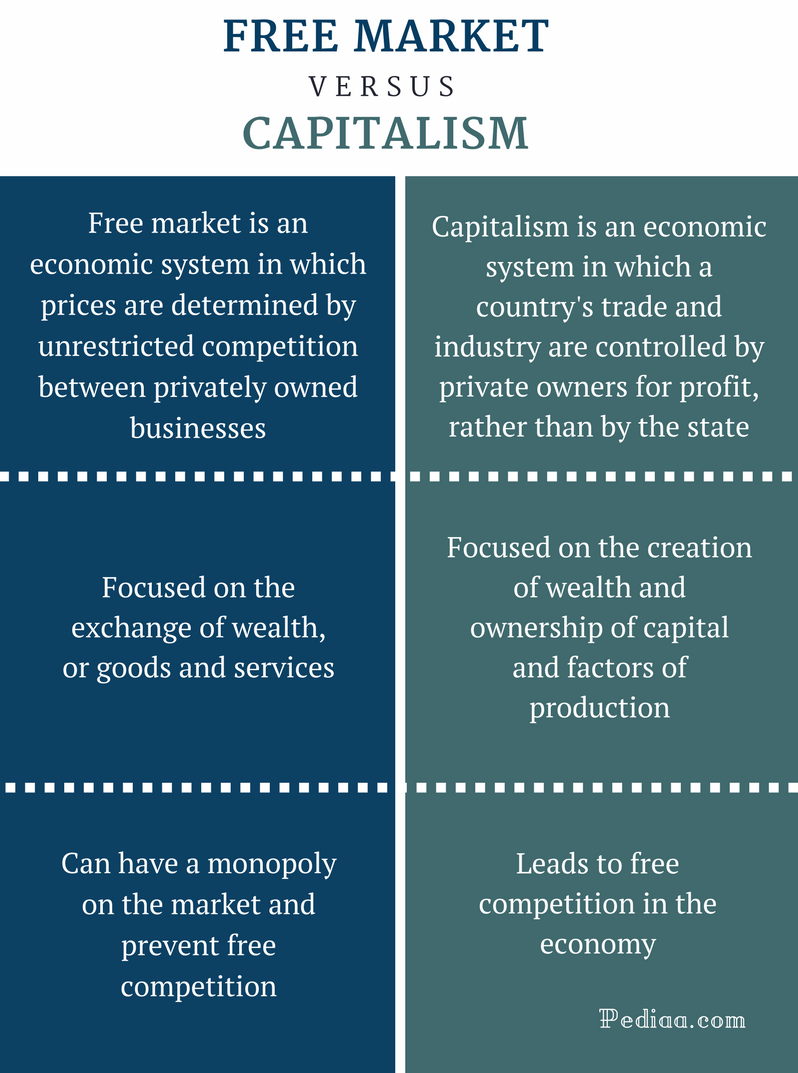 What is Free Market 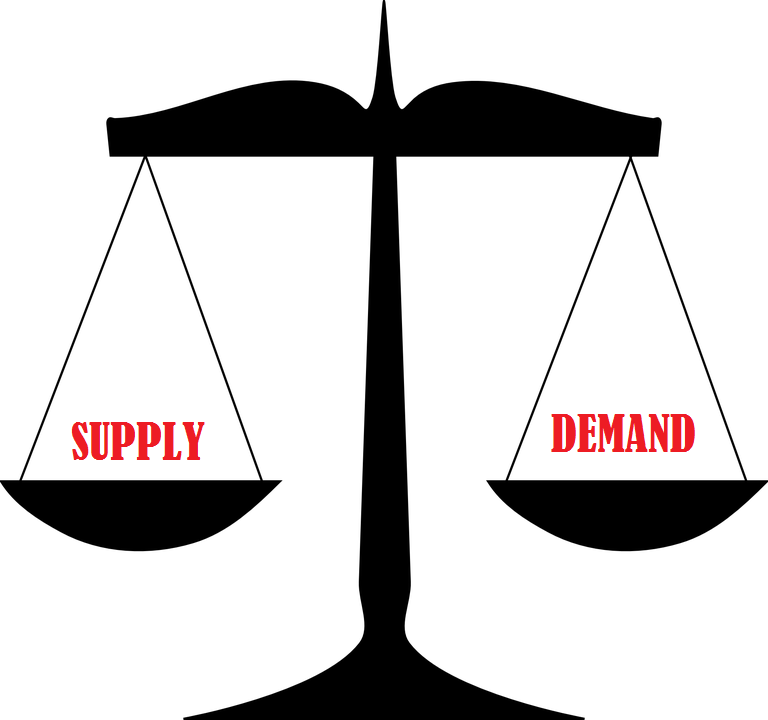 Capitalism is an economic system based on the ownership of the factors of production. The competition between companies and owners is one of the key features in the capitalist economy system.  Private ownership, and motivation to generate a profit are another features of capitalism. In this type of system, production is privately owned. A wage is paid for the work of labors, and whole profit goes to the owners. A private owner in a capitalist system can have a monopoly on the market and prevent free competition.

Similarities Between Free Market and Capitalism

Difference Between Free Market and Capitalism

Free market is an economic system in which prices are determined by unrestricted competition between privately owned businesses.

Capitalism is an economic system in which a country’s trade and industry are controlled by private owners for profit, rather than by the state.

Free market is focused on the exchange of wealth, or goods and services.

Capitalism is focused on the creation of wealth and ownership of capital and factors of production.

Capitalism can have a monopoly on the market and prevent free competition.

Free market leads to free competition in the economy.

Capitalism can be simply explained as ownership of factors of production by individuals such as labor, capital, and private property. Free market is an economic system where society does not actively restrict any trades. In other words, individuals are free to use their right to trade, provided as part of ownership. The common relation between capitalism and free markets is simply the right to trade.

A society can be capitalist and yet not have free markets; it can limit rights to trade for certain trades, but keep intact all other rights provided through ownership. A society can also have free markets and yet not be completely capitalist as they can extend the right to trade, without providing rights of ownership to individuals. The other rights may be extended to collections of individuals. In conclusion, a society can mix and match till they reach some mixture acceptable to the majority in the society.

“Graphic depiction of capitalism” by Rcragun – Own work (CC BY 3.0) via Commons Wikimedia