Frosting is usually made with a cream or butter base. So they have a buttery taste. It has a butter cream like texture, and its consistency is thick. It is soft to the touch and look fluffy. Thus, it can be used to coat the outside of the cake. Frosting is usually applied on the top of cakes and cupcakes.

The term frosting came into usage in the early twentieth century, when Mrs. Fred W. Gurney invented the buttercream frosting recipe in 1915. It is important to note that frosting is commonly used in the United States to refer to icing. 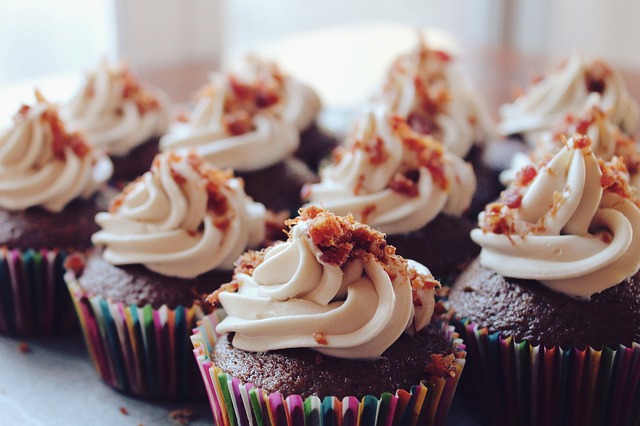 Icing is usually used to glaze cakes and pastries as it adds a glossy, shiny appearance. It is usually made out of a sugar base with a liquid like water or milk. Ingredients like eggs, butter, cream or flavorings are often added to icings to enrich the taste.

There are different types of icing, based on the different ingredients used. Glacé icing, which is made out of icing sugar and water, is considered to be the simplest form of icing. Some other icing types include fondant, royal icing, marzipan, buttercream, etc.

In addition to its usage as a covering or glaze, it can be also cut and made into different shapes such as flowers and other decorations. It can be also used as a filling, between the layers of the cake.

Consistency and texture of the icing depend on the type of icing. For example, royal icing is stiff and hard while buttercream is soft and fluffy. In general, icing is considered to be thin and hard than frosting. Some icings like royal icing tend to harden and make cracks on the top. 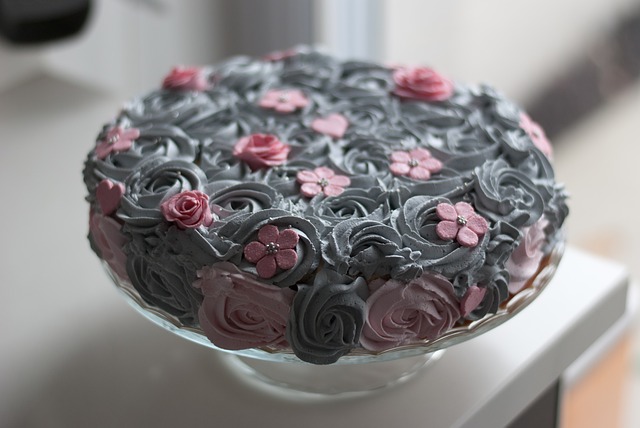 Difference Between Frosting and Icing

Before moving on to the summary of the difference between frosting and icing, it is important to notice that the usage of the term might depend on the country you are from or the recipe you are following. Some people tend to say frosting when they are referring to icing while some others use the two terms with a marked difference.

Frosting is made with a cream or butter base.

Icing is usually made with a sugar base.

Frosting is thick and gooey.

Icing is thin and stiff.

Frosting has a fluffy and thick appearance.

Icing has a shiny, smooth appearance.

Frosting is used in the United States to refer to icing.

Icing is more used in Europe. 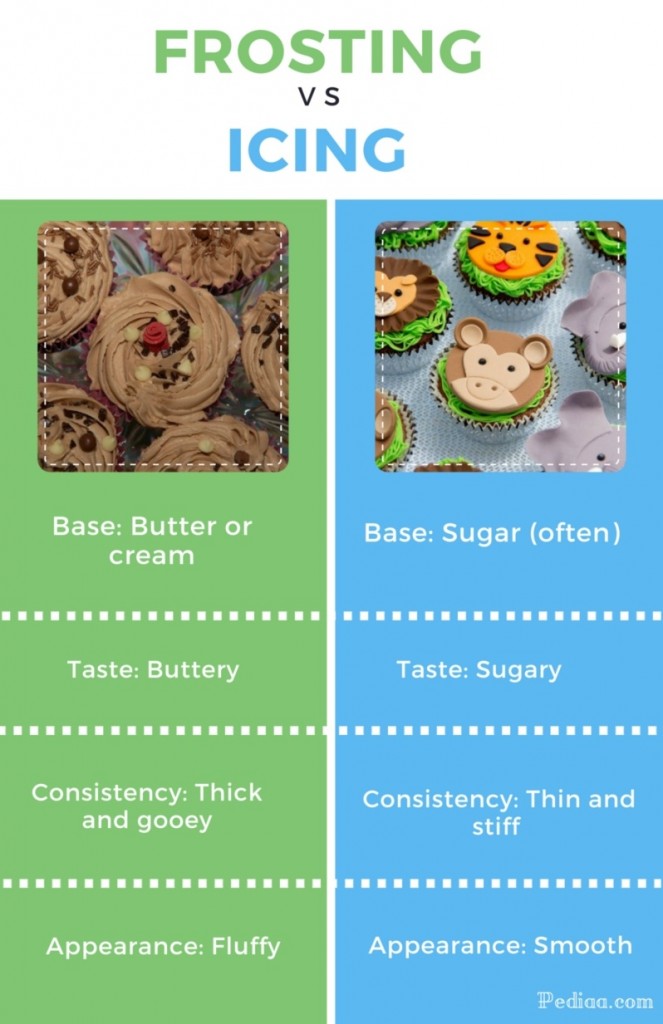