Habitat and niche are two terms used in ecology to describe living species and their environment. Ecology is the study of all the living things and their environment in a particular area. Living organisms include animals, plants and other organisms. The environment includes non-living things such as water, soil, rocks, climate, etc. There are two types of ecological systems, namely; terrestrial and aquatic ecosystems. Terrestrial ecosystems include desert, savannah, rock, etc., whereas aquatic ecosystems include ponds, lakes, river, coral reef, etc. Habitat and niche have two different definitions but have a close relationship. Both terms are very important in ecology. A habitat is a physical place where an organism is found or living, but niche describes how that particular organism links to its physical and biological environment. In this article, the difference between habitat and niche will be further elaborated.

Habitat is the physical place or part of an ecosystem, occupied by a particular organism. It is actually a geographic location and describes specific features in the region where an organism lives. For example, the habitat of a whale is the open ocean, while that of an elephant is the forest or grassland. The habitat simply reflects the place of a particular organism lives and its lifestyle. Sometimes, names of major biomes of the world are used to describe the habitat of organisms. However, this is not possible, especially when describing the habitat of microorganisms. For example, the habitat of Escherichia coli is the gut of mammals. Sometimes many organisms can be found in the same habitat. For example, a pond is the habitat of fish, frogs, zooplankton, phytoplankton, and water plants. There are several types of habitats such as terrestrial, arboreal, aerial, aquatic, etc. The habitat of smaller organisms usually restricted to very smaller or specific region. These regions are usually described by the term ‘microhabitat’. Microhabitat is actually a subdivision of larger habitat. 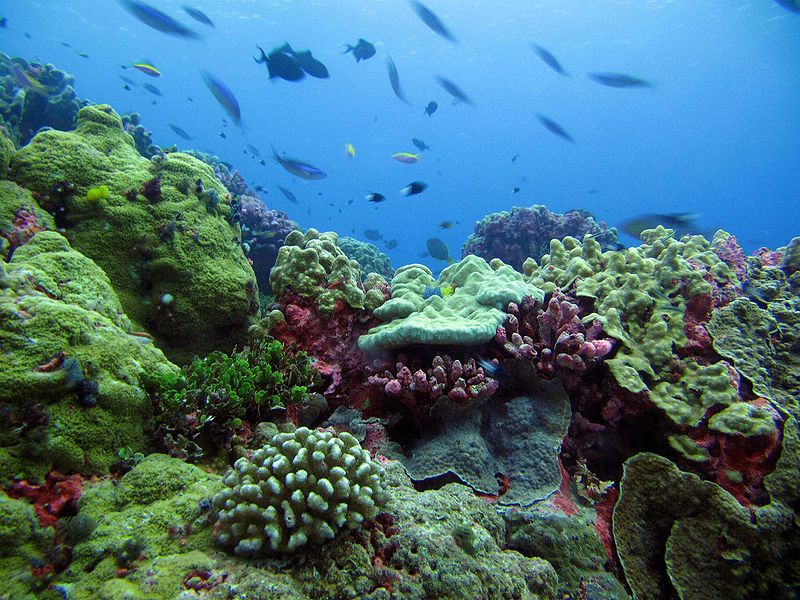 Niche is the role of an organism within its environment or ecosystem. It is defined based on the diet, reproduction of a particular organism and the effect of its activities on the environment. For examples, some birds eat only fruits, other only insects, while the rest eat anything they encounter. These three types of birds can be live in the same habitat, owing to their three different niches. Therefore, niches are very important for the survival of organisms. Sometimes niches can be unique to organisms living in the same habitat. But niches of organisms may vary within even within the same habitat due to different environmental conditions. There are three types of niches, namely (a) spatial or habitat niche, which is mainly considered the physical space occupied by an organism, (b) trophic, which is described based on the food level of an organism, and (c) multidimensional or hypervolume niche, which is quite complex and explained using fundamental and realized niches. 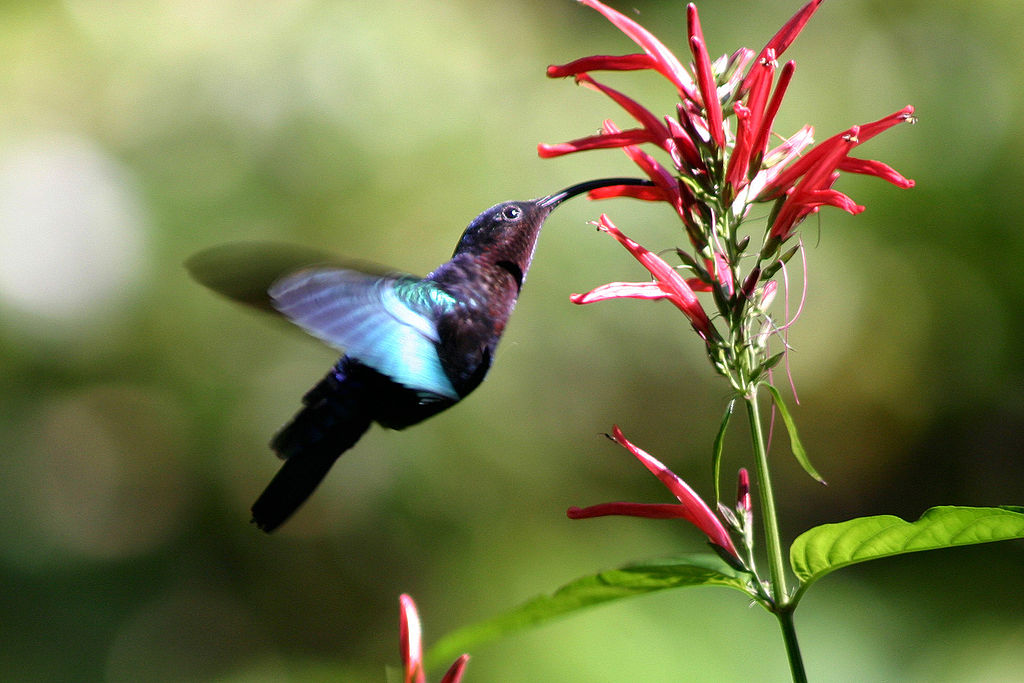 Difference Between Habitat and Niche

Habitat is the place or part of an ecosystem, occupied by a particular organism.

Niche is role of an organism within its environment or ecosystem.

Habitat is a physical place.

Niche is a function or activity.

Habitat reflects the living place of an organism.

Niche reflects it biotic and abiotic association with the environment in terms of its diet, reproduction, and other activities. 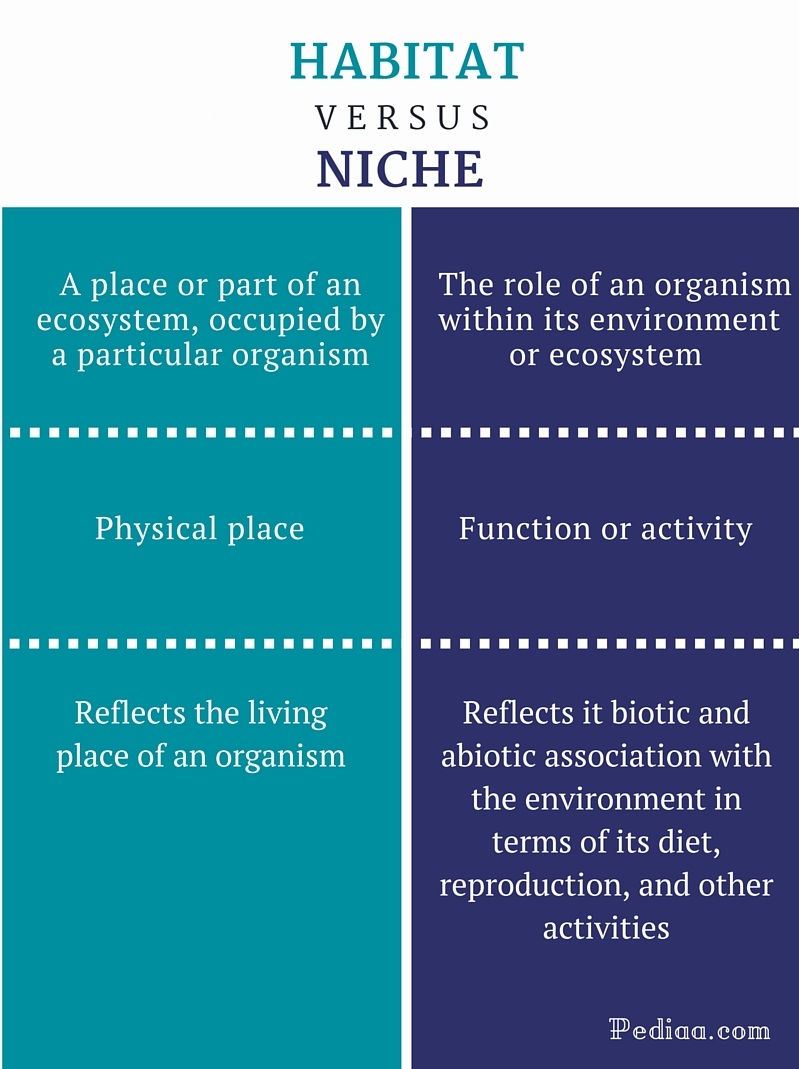 “purple-throated carib” By Charlesjsharp – (Own work) from Sharp Photography, sharpphotography, (CC BY 3.0) via Commons Wikimedia