Meat derived from the pig is very popular in the world, especially in developed western countries. The meat of the pig is known as pork and processed, and cured pork product is known as ham. In other words, ham is almost cured, and most other cuts of pork are raw. This is the main difference between ham and pork. But ordinary consumers are remaining confused between pork and ham as they cannot distinguish between the two. In addition, some people believe pork and ham coming from different breeds of the same animal. But this is not true. Though pork and ham belong to the meat of the same animal, there is a difference between ham and pork which will be highlighted in this article.

Ham is a part of the cured meat obtained from the pork. Thus, it is theoretically pork. In food technology, ham may refer to a product which has been completed through mechanical re-forming. It is produced by preserving and seasoning raw pork by salting, smoking, or wet curing. So it is better to say that although both pork and ham come from the meat of the similar animal, ham is a cured processed meat product while pork is raw meat. However, the oilier cut is known as bacon. The less fatty meat of pork is called ham. Ham has a unique flavor and colour when compared to other cuts of pork. 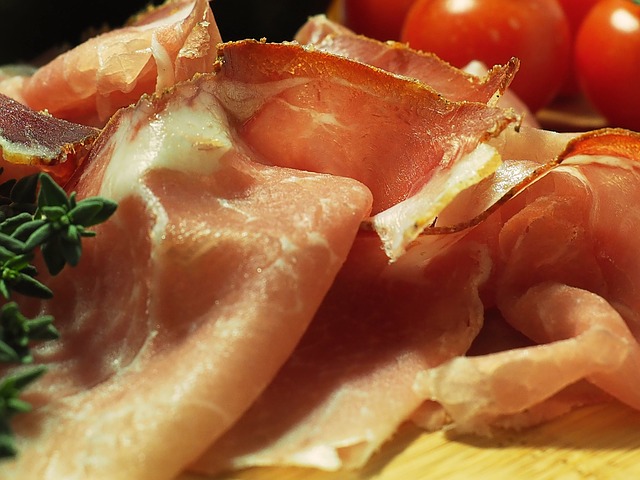 The meat from the domestic pig is known as pork. It is one of the most famous and most consumed meats in the world. Pork is accounting for about 38% of meat production in the world though cooking techniques vary widely from place to place. Also, eating pig is considered an offensive/taboo in some religions. For an example, the religions of Judaism and Islam prohibit pork consumption. Pork is eaten both freshly cooked and preserved form. It is prepared and eaten in many forms such as roasted, salted, grilled, smoked, or cooked. In some cooking recipes, it is both cooked and smoked. 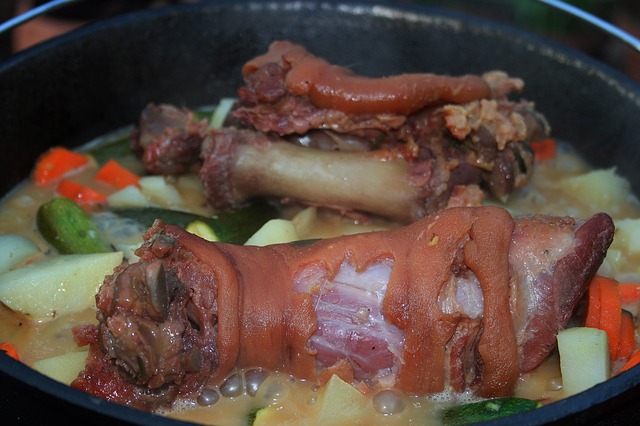 Difference Between Ham and Pork

Ham and pork may have substantially different sensory properties and applications. These differences may include,

Ham is a cured and salted processed meat product derived from meat, usually pork (leg of the pig)

Pork is the meat obtained from the pig.

Ham is mainly derived from pork, but other meat sources are also used for ham productions such as chicken ham, beef ham, etc.

Pork is the meat of the pig.

Representative part of the pig

Ham is a special cut from pork thighs (hind leg)

Pork is any part of the meat of the pig.

Pork is available in raw form and do not undergo curing, smoking, and drying, but pork can be flavored with a wide variety of flavorings and cooked in a number of different ways

Ham has a unique cured and smoky flavor compared to pork.

Pork do not have smoky or cured flavor.

Ham possesses a characteristic pinkish colour due to smoking and curing.

Pork does not have a characteristic pinkish colour.

Curing extends the shelf life of the pork products. Therefore, ham is a preserved meat product and can be kept for a longer period of time

Pork is a fresh meat and highly susceptible to microbial spoilage. Therefore, pork cannot be kept for a longer period of time

Use of food additives

Food additives are not used in Pork.

Ham is normally used in its sliced form, frequently as a filling for sandwiches and similar food. Examples include ham sandwich, ham and cheese sandwich, hamburgers etc.

Pork is normally used in daily domestic cooking as a curry. It is particularly common as an ingredient in sausages, salami, ham and bacon.

In conclusion, all ham is pork but not all pork is ham. Also, ham is a processed meat product whereas pork is a raw meat which need further processing before consumption. Thus, pork refers to any meat that comes from a pig and ham is a specific cut of meat from the pig – the thigh.