History can be generally defined as the past, and how past relates to the human lives. The main difference between history and prehistory is the existence of records; history is the recorded events of the past whereas Prehistory is the time before writing was introduced. Therefore, it is clear that prehistory, as the name suggests, is the time period before history.

History is the study of the past, especially the past of human beings. Though we use the term history to generally to talk about the past. As a field or a subject, history specifically refers to the time that can be proved by written records. This means that history refers to a time period after writing was discovered. Thus, history is an area that deals with written records of the past.

These records, which have become an important source of information about history, are of different types. Rare manuscripts written on paper, leaves or dried animal skins, inscriptions on rocks, printed materials are some examples of these records. However, some of the earlier records are written about the glory and the greatness of royalties, emperors, and divinities. Since writing was a privileged skill, patronized by the nobility, these records do contain certain biased information. Nevertheless, many facts and information can be obtained about the ancient lifestyles through these records.

The term prehistory literally means before history. Prehistory can be defined as a time period where no written records exist or time before writing systems were introduced. It refers to the period from the time human-like beings first appeared on earth to the period time where writing was introduced, developed and used. Since the evolution of human civilizations differs from civilization to civilization, the time limits of prehistory differ according to different civilizations.  Though there are no written records of the past, information can be collected about the prehistory by studying ancient artifacts, drawings, carvings, etc.

Prehistory can be divided into three periods based on their principal tool-making technologies. They are namely Stone Age, Bronze Age and Iron Age. Ancient Egypt and Mesopotamia were the first to develop writing scripts. This happened in the early Bronze Age; most of the other civilizations reached the end of prehistory during the Iron Age. 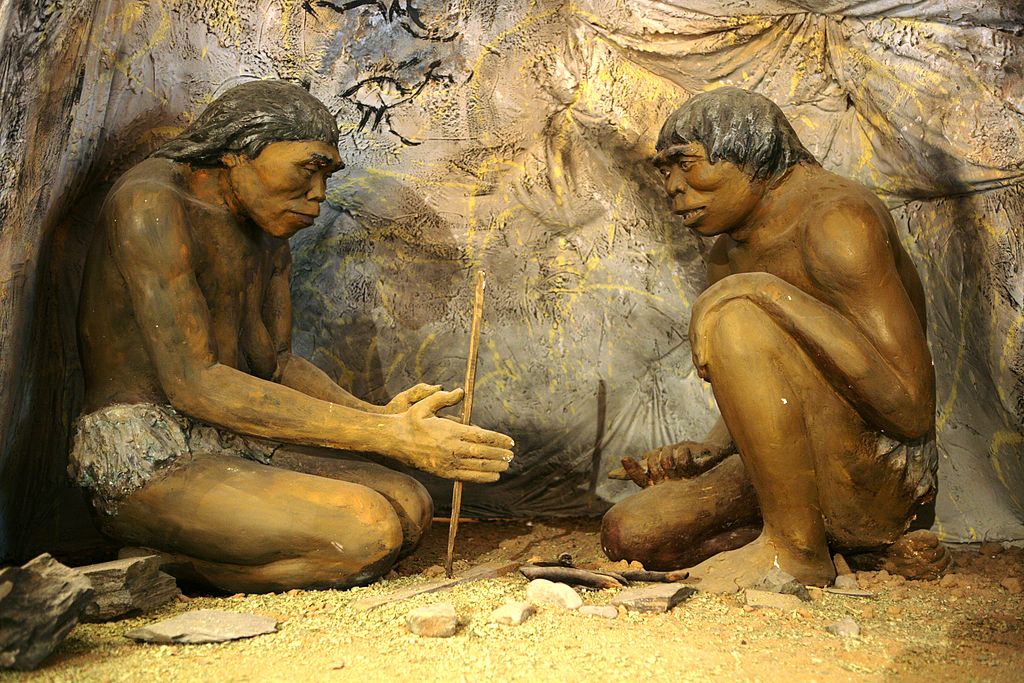 Difference Between History and Prehistory

History is the period of recorded events.

Prehistory is the period before writing systems were developed.

Information can be gained about History through written records.

Information can be gained about Prehistory through ancient carvings, artifacts, etc.

History is the time period after prehistory.

Prehistory is the time period before history.

Prehistory is researched by prehistoric archeologists and physical anthropologists.

History is mainly  researched by historians. 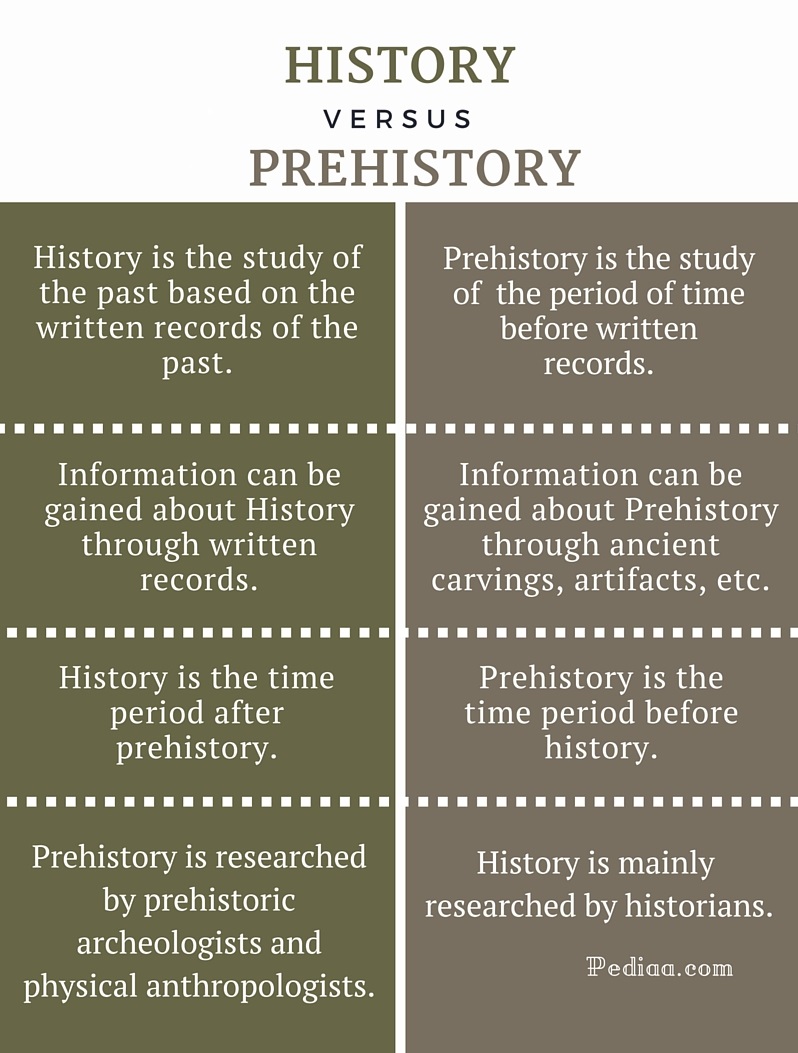