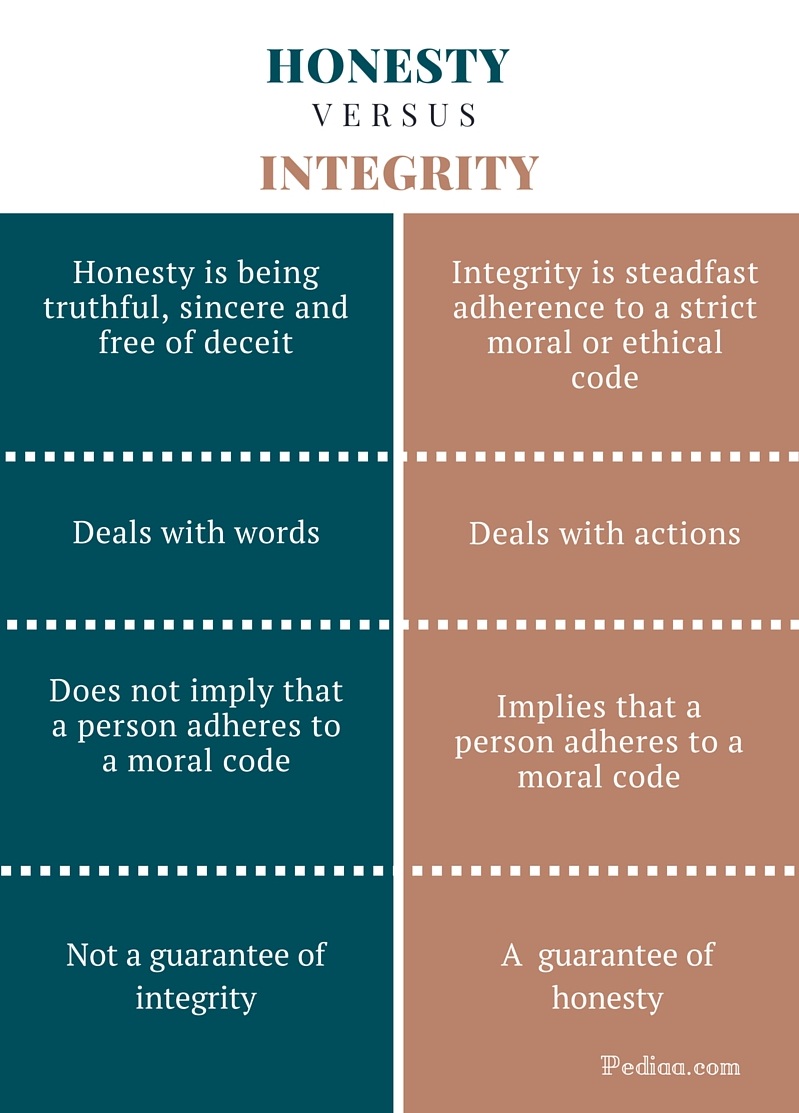 However, the quality of honesty alone does not indicate that a person is good. Let’s look at the below example to understand this notion better.

Imagine that you broke your mother’s favorite vase by mistake. If anybody doesn’t ask you whether you were responsible for it, and if you tell nobody that you broke it, you can keep silent – you are not lying or deceiving anyone. So, basically, you can console yourself,  saying that you are an honest person since you didn’t lie. But, if you are a person with integrity, you’d admit your mistake to your mother. Let’s see what integrity is. 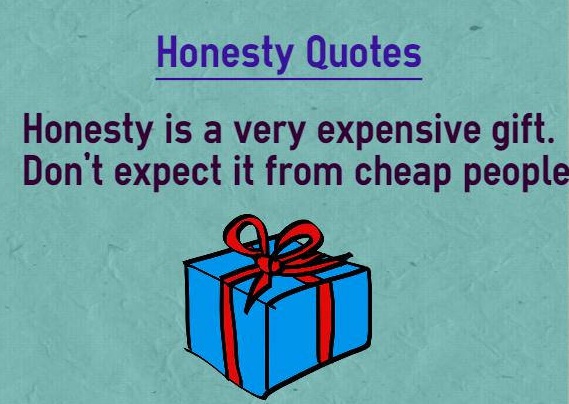 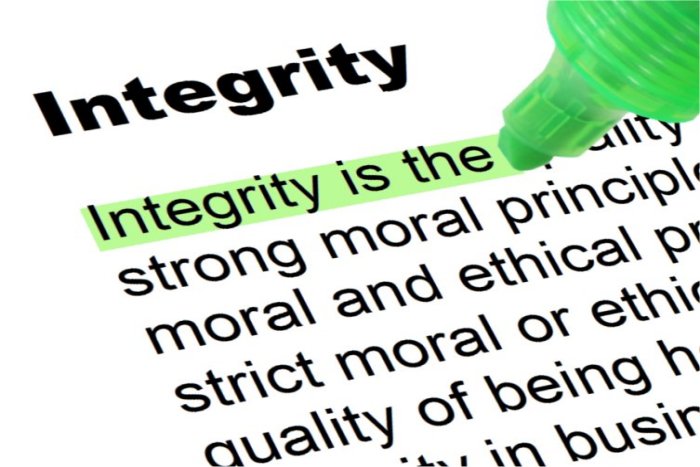 Difference Between Honesty and Integrity

Honesty is being truthful, sincere and free of deceit.

Integrity is steadfast adherence to a strict moral or ethical code.

Honesty does not imply that a person adheres to a moral code.

Integrity implies that a person adheres to a moral code.

Honesty is not a guarantee of integrity.

Integrity is a guarantee of honesty.