Kayak and canoe are both narrow, lightweight boats that are used on rivers and lakes. Although these two terms are used interchangeably in some countries, some differences can be found between them based on their design. The main difference between kayak and canoe is their structure. The canoes have pointed ends and open tops and are propelled using a single-bladed paddle whereas kayaks have closed decks and are propelled forward using double-bladed paddles.

What is a Kayak

Kayak is a lightweight, narrow boat that is used on rivers and lakes. The term kayak originally comes from the Greenlandic language. This type of boat was first used by Aleut, Inuit, and Yupik hunters in subarctic regions of the world.

Kayaks usually have closed decks, so the inside of the boat is enclosed, surrounding the paddler. The paddler is typically seated on the bottom with his legs stretched in front of him. Another main difference between kayak and canoe is the paddle. Kayaks have a double-bladed paddle.

Kayaks are also generally lighter in weight and narrower in structure when compared to canoes. Therefore, they are often faster than canoes making them ideal for water sports such as racing. Kayaks are not designed to carry many passengers or supplies. 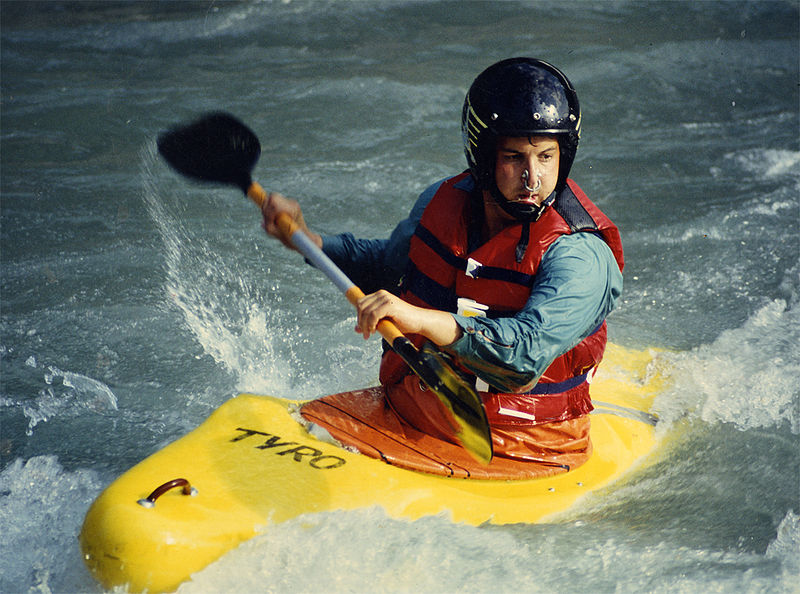 What is a Canoe

A canoe is also a lightweight boat. But some significant features can be observed in the design of this boat. Both ends of the boat are pointed, and the top is not covered. So it has an open deck. The paddlers usually sit on a seat or kneel inside the boat. The design of the paddle is also different; a single bladed paddle is usually used in canoes.

Canoes are used for different purposes; recreational activities, racing, white water canoeing, touring are some of these purposes. The structure of the design may also depend on the purpose. Canoes can usually carry more people than kayaks. 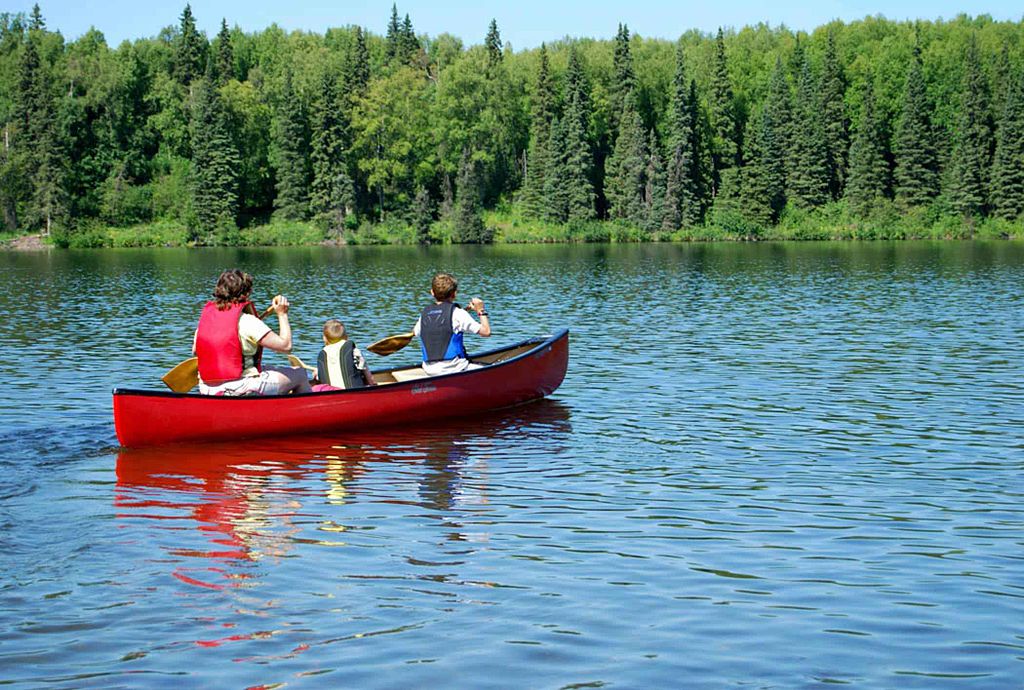 Difference Between Kayak and Canoe

Kayak has a closed deck.

Canoe has an open deck.

Kayak is narrower and lighter than a canoe.

Kayak has a double bladed paddle.

Canoe has a single bladed paddle.

Kayak is faster than a canoe.

Canoe is not usually faster than a kayak.

Kayak paddler is typically seated on the bottom with his legs stretched in front of him.

Canoe paddler usually sits on a seat or kneels inside the boat. 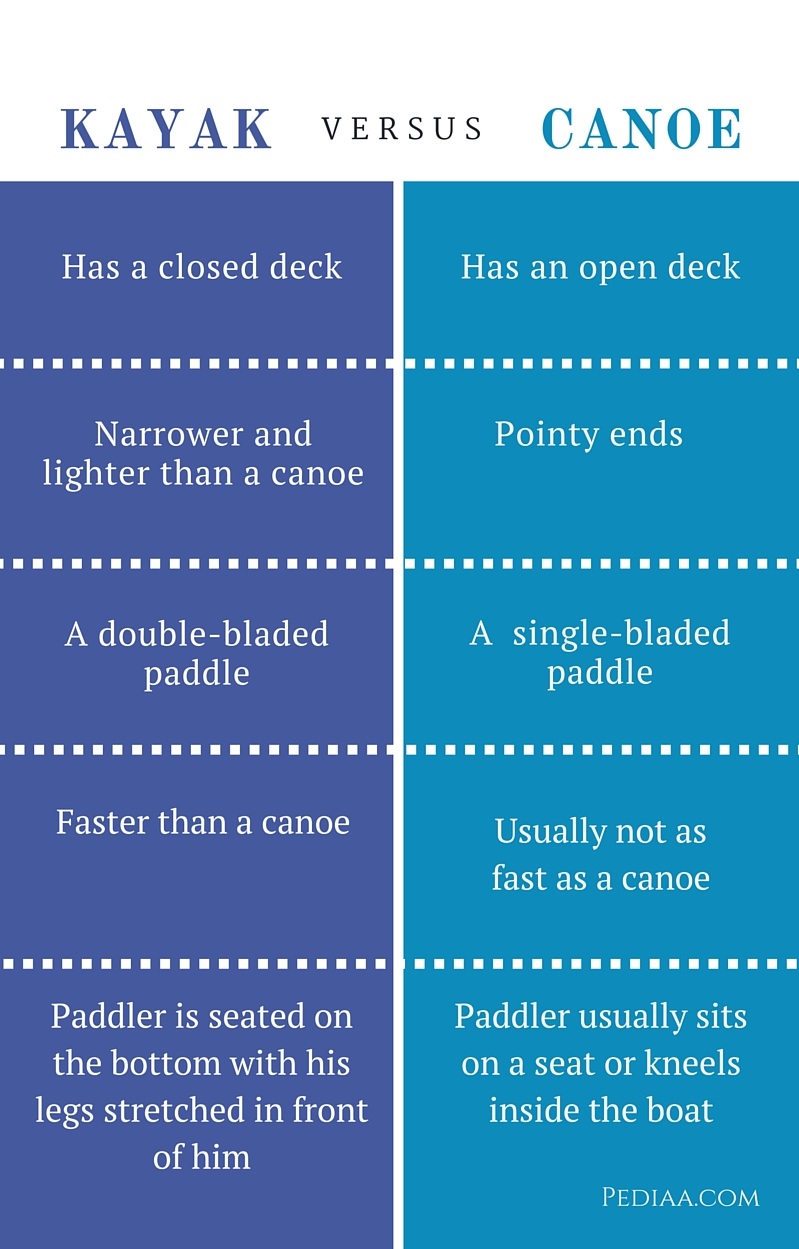