Identifying the different varieties of citrus fruit can be challenging. Both lime and lemon belong to the family of citrus, and they are more difficult to distinguish from other citrus fruit because they look similar. However, in spite of their many similarities, these citrus fruits have some important differences. Nutritionally, all citrus fruits are more or less similar and rich in vitamin C, antioxidants, and dietary fiber. Both lime and lemon provide trace amounts of iron, magnesium, calcium, folic acid and vitamin E. Top five lemon and lime producers in the world are China, India, Mexico, Argentina, and Brazil. The physical appearance of the fruit is the main difference between lime and lemon. The lemon is the fruit of the citrus species which belongs to the family Rutaceae. Lemon has an ellipsoidal yellow color fruit which is bigger than the fruit of lime. Lime is typically round compared to lemon and small in size compared to the  standard size of other citrus fruits. Lemon is also rich in vitamin C compared to lime. This is the main difference between lime and lemon.

The lime tree is a perennial, flowering plant, with a normal height of 9-10 m. It was first commercially cultivated in southern Iraq and Persia and by 2012, China, India and Mexico accounted for approximately 43% of world lime production. In addition, Argentina and Brazil are also considered as larger lime growers in the world. The lime appears in different sizes and shapes, varying from spherical to oblong and has a pebbly skin. Limes are an exceptional source of vitamin C and are frequently used to enhance the flavors of processed foods and beverages. It is also essential to prevent vitamin C nutritional disorder, Scurvy. It is generally peeled, and consumed in fresh form, or the fresh fruit is also used in marmalade, salads, desserts and main serving dishes. Furthermore, fresh juice and frozen juice concentrates are also prepared using limes. Commercially available fresh lime fruits contain seeds and the number of seeds in each segment varies greatly. 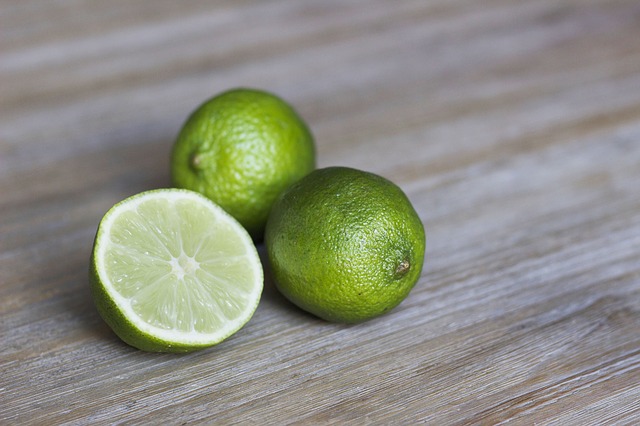 Lemon fruit is used for both cooking and non-cooking purposes all over the world. The lemon fruit is ellipsoidal in shape. The peel color of the lemon is a deep yellow color with a smooth, glossy appearance and it can be separated into 8 to 10 segments. They are naturally juicy and sweet, with more vitamin C content than other citrus fruits. The extract of the lemon contains about 5% to 6% citric acid, which contributes a sour/tart taste. The characteristic tart taste of lemon juice creates it a crucial ingredient in beverages and foodstuffs. Examples are lemonade and lemon meringue pie.

Difference Between Lime and Lemon

Lime and lemon may have substantially different sensory properties and applications. These differences may include,

Lime was first grown in southern Iraq and Persia. Earlier, the use of citrus was carefully protected as a navy secret because lime helps to prevent scurvy, and the ability to continue at sea for prolonged periods without contracting this illness, which was an enormous advantage for the navy.

The origin of the Lemon is unidentified. However, lemons are believed to have been first cultivated in northeast India, northern Burma or China.

Limes are characteristically round shape and 3–6 centimeters in diameter

Lemons are ellipsoidal in shape.

Lime peel is a pebbly-skinned nature.

Lemon peel is a smooth and glossy appearance.

A ripe lime has a dull yellowish color.

Lime flower morphology is somewhat similar to the lemon flower, but it is smaller than lemon flower.

Lemon flower morphology is somewhat similar to the lime flower, but it is larger than lime flower.

Lemon leaf morphology is somewhat similar to the lime leaf but it is larger and bright glossy dark green color than the lime leaf.

Lime contains less amount of vitamin C compared to lemon. It has 29.1 mg/100g of vitamin C.

Lime is mainly used for following culinary and non-culinary applications.

Lemon is mainly used for following culinary and non-culinary applications.

In conclusion, lime and lemon are members of the citrus family and similar in culinary applications, but they each have slightly different sensory and physical properties. However, the lemon is not always easy to differentiate from varieties of citrus fruits.