Madam is a polite form of address for women.  In spoken language, madam is often contracted to Ma’am. It is used to address a woman in a polite or respectful manner. When a lady’s name is not known, we usually use this term directly. For example,

How may I help you, madam?

May I take your coat, madam?

Madam does not reflect the marital status of a woman, although the term madam is mainly used to address older women. Madam is not used before a name or surname.

Madam can be also used to address a woman at the beginning of a formal letter. (‘Dear Madam, …’) When we are not sure of the gender of the recipient, we write Dear Sir/ Madam.

Madam is also used before a title to address or refer to a female holder of that particular position.  Expressions like Madam President, Madam justice, and madam speaker are examples of this.

It is important to know that the word madam has another meaning. Madam also refers to a woman who leads a brothel. 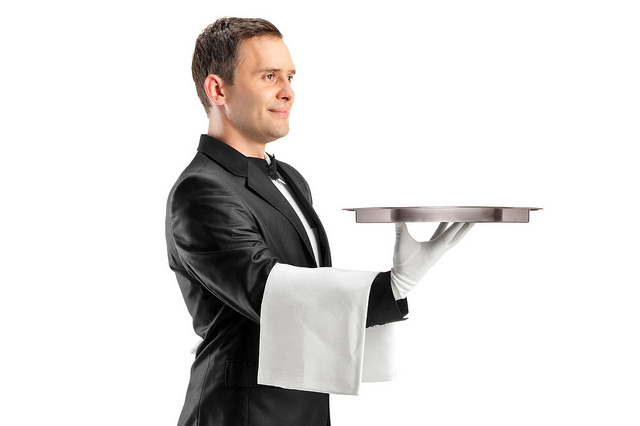 However, you can also use Madame to address an old lady of French descent, regardless of her marital status. Madame can be either used before the surname or directly without the name.

It’s a pleasure to meet you, Madame LeBlanc

‘Please be carefully Madame,’ he said. 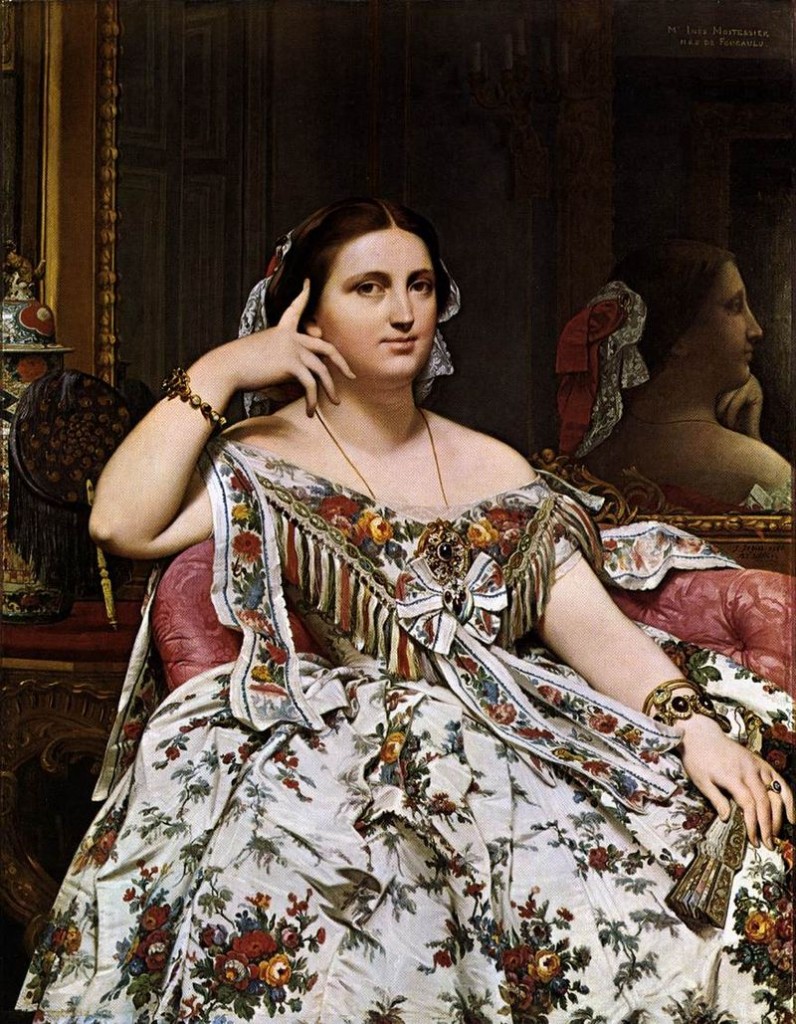 Difference Between Madam and Madame

Madam is a polite form of address for women.

Madame is a title or form of address used of or to a married French-speaking woman.

Madam does not indicate marital status of the woman.

Madame denotes the marital status of the woman.

Madam is derived from the French Madame.

Madame is a French word.

Madam is not generally used before a name.

Madame can be used before a title.

Madam can be used before a title.

Madame cannot be used before a title. 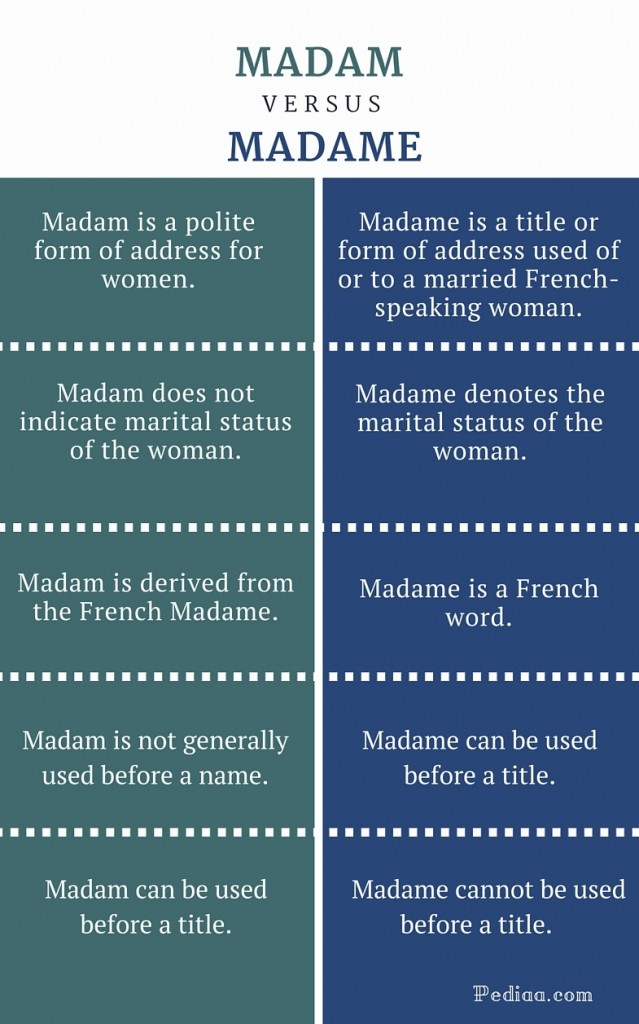