Mutation refers to the changes in the DNA sequence of a genome of the cell. This type of changes can have an effect on the phenotype when the change happens in protein coding sequence/gene. DNA sequence or nucleotide can be altered due to radiation, viruses, transposons, and mutagenic chemicals; they can be also due to errors that occur in DNA replication process. Mutation can cause alteration of the function of a gene or can create new genes (through duplication).

Gene flow is the exchange genes between populations, between same species. Migration into and out of the population change the allele frequencies and induce variations.

Genetic drift is the change in frequency of an allele due to random sampling. Offspring allele frequency is determined by the parents’ allele present at that time. This process happens purely due to chance and individuals who survive to become parents are determined by chance. 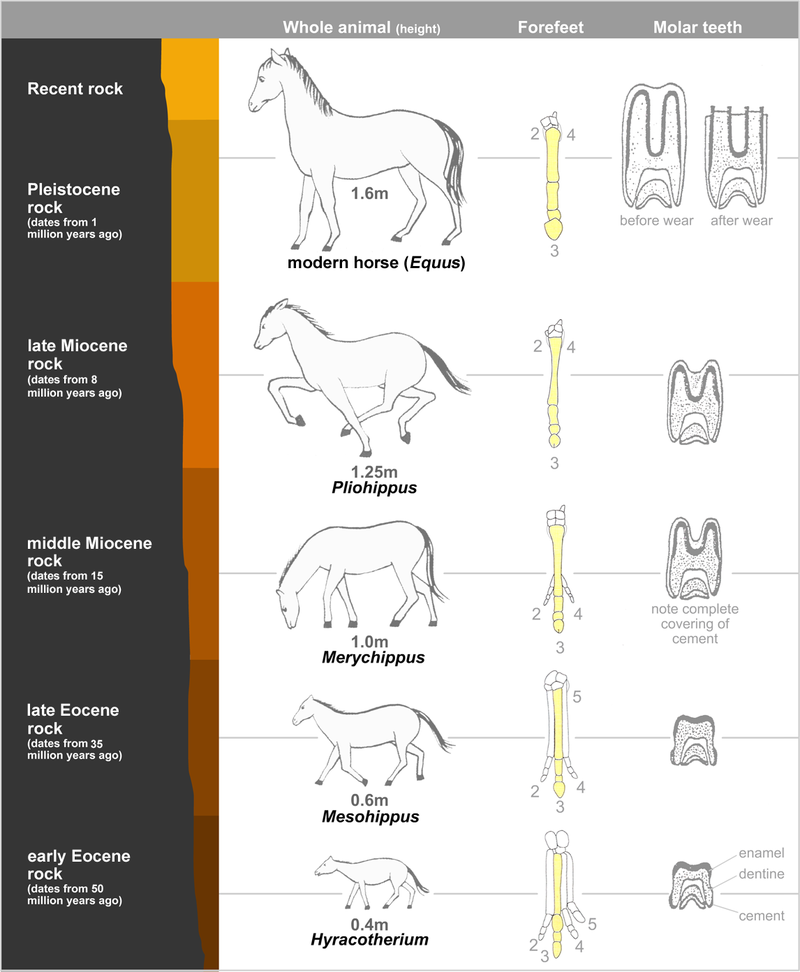 Changes that occur at a molecular level or gene level cause conspicuous differences in genetic level.

Gene level changes can cause effects on species. Over time, changes in species can give rise to new clades.

Morphological changes in phenotype can cause big effects on major clades over time.

Ecological changes over time can cause ecological landscape variations. For instance organism’s behavior can change according to the environment they live. Therefore, the distribution of species varies according to the resources they have such as predators, food availability. 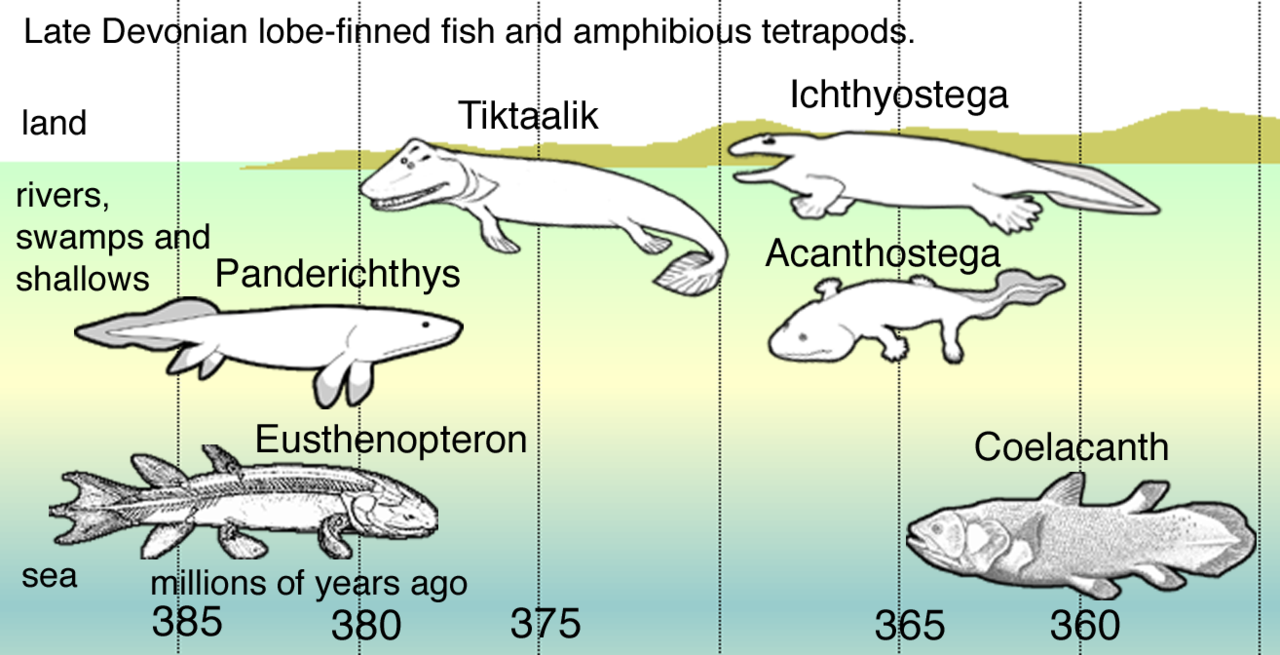 Microevolution is concerned with gene level changes that contribute to evolution.

Macroevolution is concerned with studies large-scale differences that contribute to evolution.

Microevolution occurs at the species level.

Macroevolution occurs above the species level.

Microevolutionary studies are based on molecular experiments. 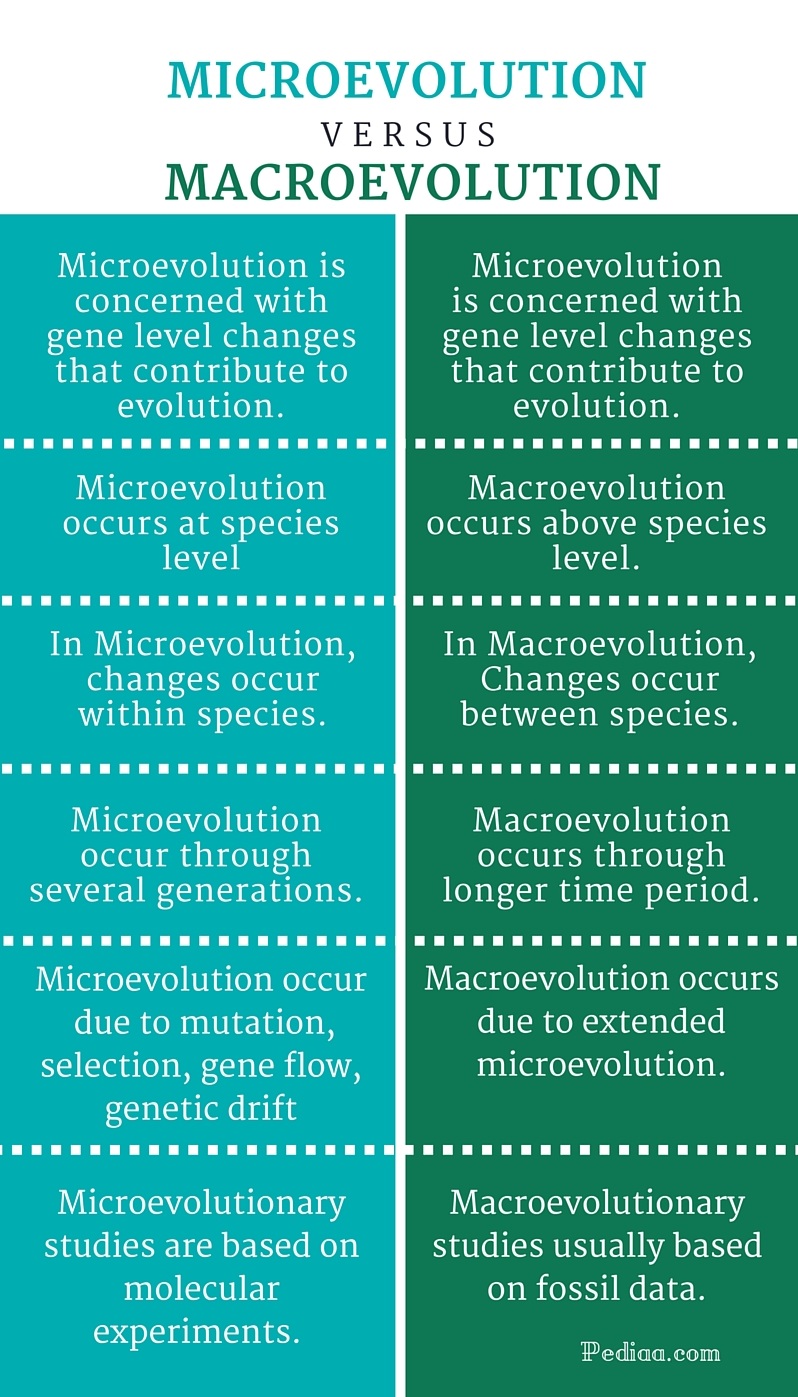 “Fishapods” by Graphic by dave souza, incorporating images by others, as description – Own work by uploader using commons sources. (GFDL) via Commons