What is a Mountain

A mountain is a large, natural elevation of the earth’s surface rising abruptly from the surrounding level. A mountain is higher and steeper than a hill.

Mountains have steep, sloping sides and sharp or slightly rounded ridges and peaks. The top of a mountain is called a summit. A mountain range is a group of mountains. A few mountains on earth occur as isolated summits whereas many mountains occur in large mountain ranges. Mountains can be rocky and barren; some trees can be noticed on the sides of the mountains though there are few trees at the top. This is because the climate at the top of tall mountains is very cold than at ground level. However, more than half of the earth’s freshwater sources begin from mountains; all the main rivers in the world begin from mountains.

Mountains are formed by different causes. Volcanic mountains are mountains that form when molten rock deep inside the Earth erupts through the crust and piles up on itself. Mount St. Helens in North America, Mount Fuji in Japan and Mount Pinatubo in the Philippines are some examples of volcanic mountains. Fold Mountains are the mountains that form when two plates collide; fold mountains ar the commonest type of mountains on earth and the world’s highest mountain ranges such as Himalayan Mountains, the Alps, Andes and Rockies mountain ranges are Fold Mountains. Block mountains or Fault Block Mountains form when stresses inside and between plates create cracking and faulting on earth’s surface, which move blocks of rocks up and down. 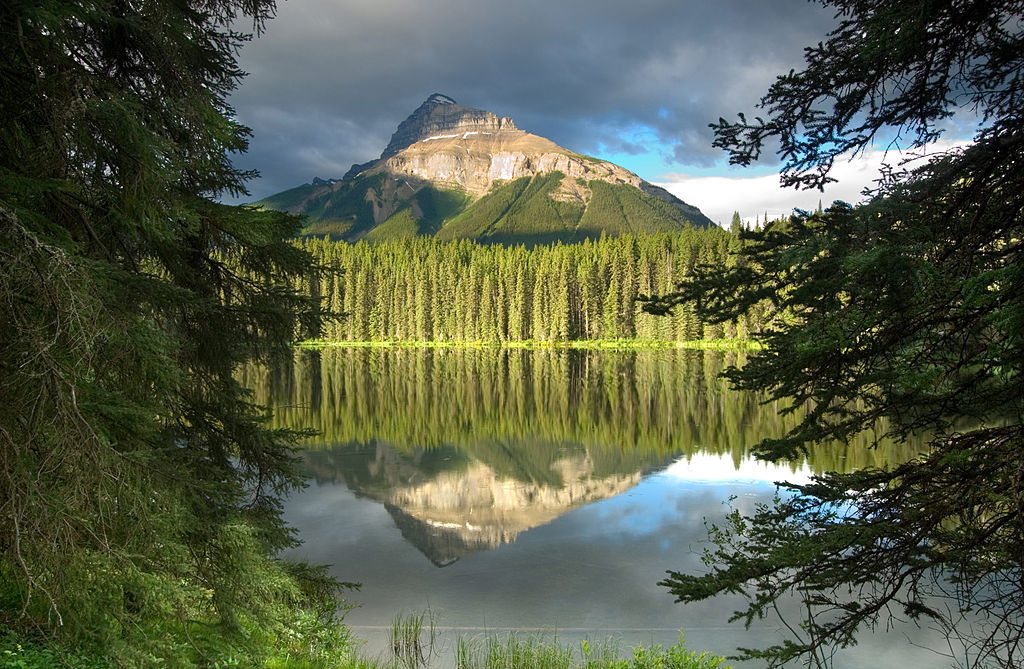 What is a Plateau

A plateau is a relatively flat terrain that is raised significantly above the ground. Plateaus are also known as high plains, tablelands or flat-topped mountains. Some plateaus on earth are so high in altitude that their climate is very harsh, and living conditions are bleak. Tibetan Plateau is the highest and the largest plateau in the world. Plateaus, at much lower elevations, offer more favorable living conditions. 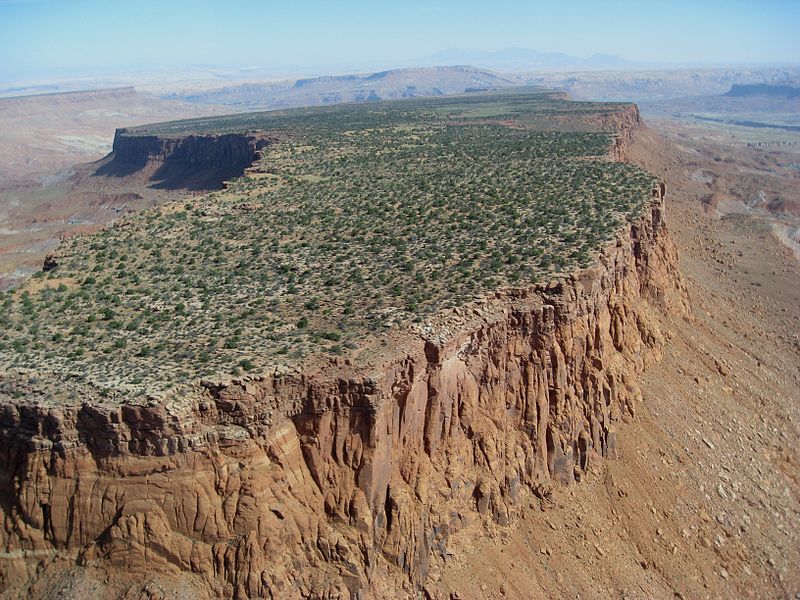 Difference Between Mountain and Plateau

Mountain is a large, natural elevation of the earth’s surface rising abruptly from the surrounding level.

Plateau is relatively flat terrain that is raised significantly above the ground.

Mountain has an elevated pointed structure.

Plateau is a flat-topped mountain or elevated area with a flat top. 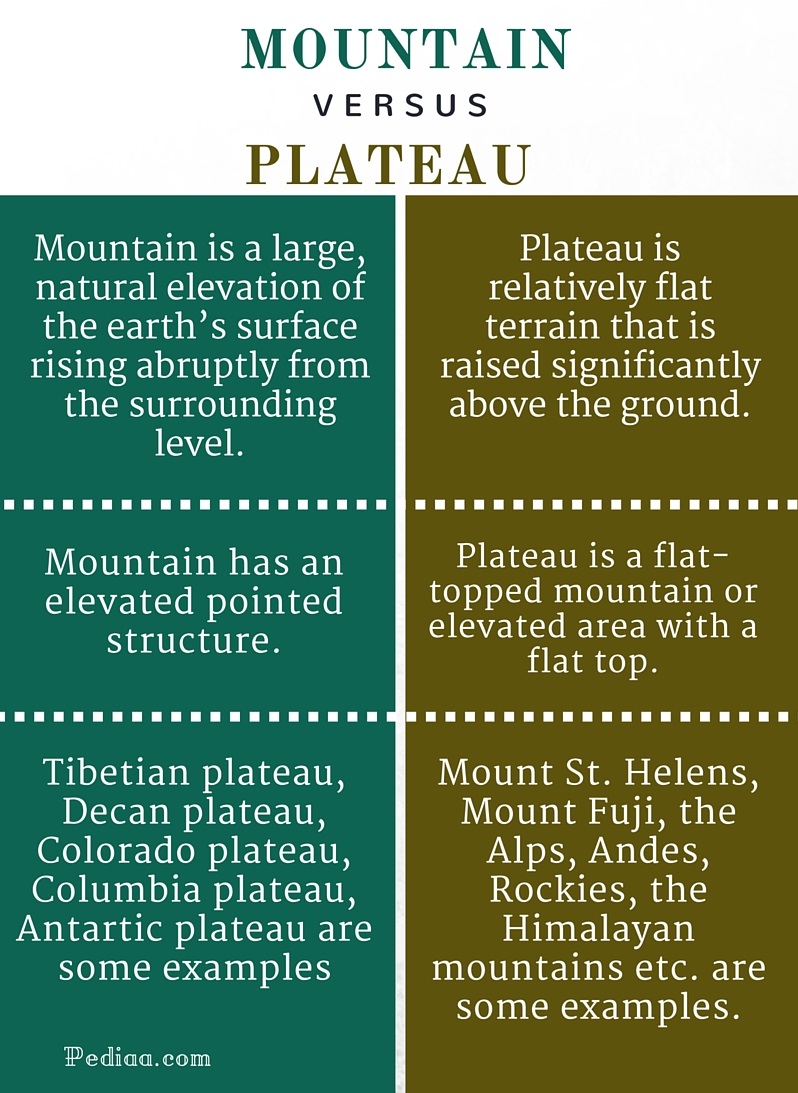