Narcolepsy, sleep deprivation, disturbed nocturnal sleep, insomnia, sleep apnea, circadian rhythm disorders, hypersomnia are types of sleep disorders. Narcolepsy and idiopathic hypersomnia are two sleep disorders whose main symptom has been identified as daytime sleepiness (ESD). The main difference between Narcolepsy and Idiopathic Hypersomnia is that narcolepsy has both genetic and non-genetic causes including heredity and loss of Hypocretin in the brain whereas the etiology of Idiopathic Hypersomnia is unknown.

1. What is Narcolepsy? – Cause, Signs & Symptoms, Diagnosis, and Treatment

2. What is Idiopathic Hypersomnia?  – Cause, Signs & Symptoms, Diagnosis, and Treatment

3. What is the difference between Narcolepsy and Idiopathic Hypersomnia? 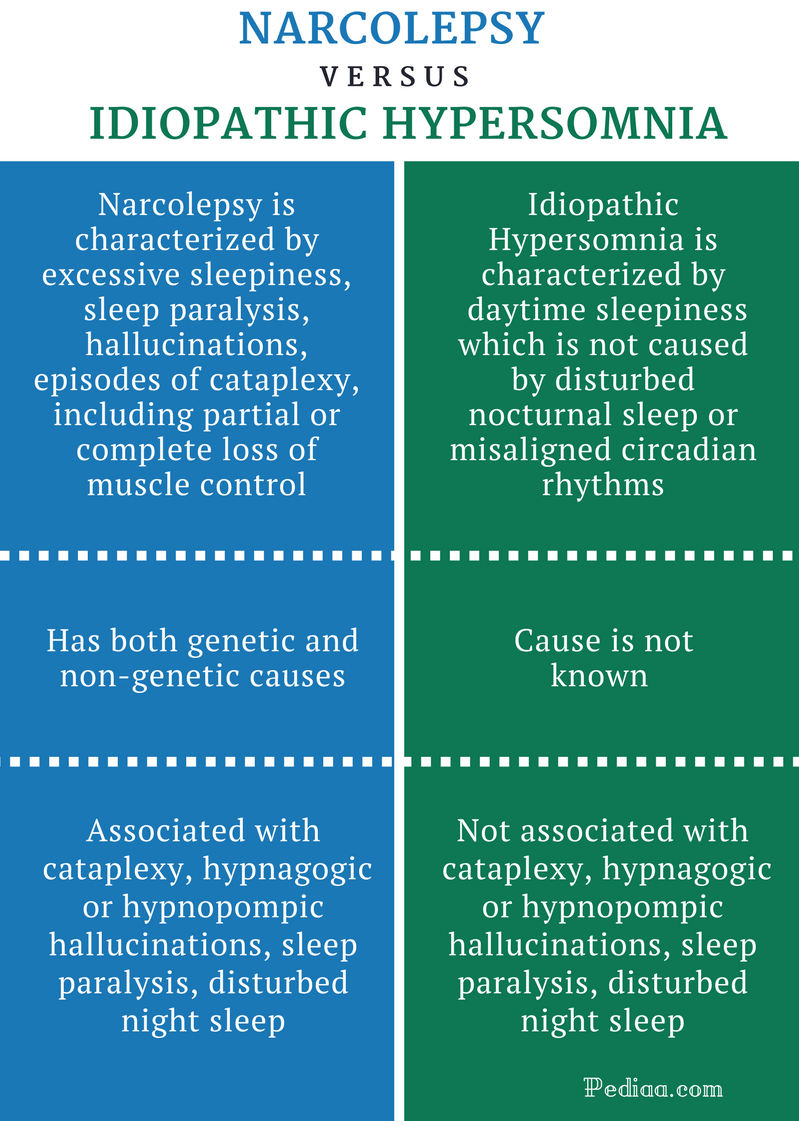 Narcolepsy is a sleep disorder which is characterized by excessive sleepiness, sleep paralysis, hallucinations, and sometimes episodes of cataplexy, including partial or complete loss of muscle control, usually triggered by strong emotions like laughter and fear.

The main etiology is thought to be the loss of neuropeptide hypocretin in the brain, often as a result of an autoimmune cause. Genetics also play an important role in predisposing it.

Equally affecting both men and women, this is known to have an incidence of 1 in 2,000 people of the general population. Most narcoleptic people are either children or adolescents but by the time the diagnosis is made, it will be very late, normally reaching the adulthood due to vague signs and symptoms often that go unnoticed.

People suffering from narcolepsy would often feel very sleepy during the day and may fall asleep during day to day activities. The normal line of boundary between being awake and asleep will be blurred, and signs of normal sleep can be observed even when the person is awake. In fact, Cataplexy, which is termed as the muscle paralysis of Rapid Eye Moving sleep (REM) occurring when a person is awake, is a prominent sign of narcolepsy; this can result in sudden loss of muscle tone, giving rise to slack jaw or weakness of arms, legs, or trunk.

This condition can be diagnosed by a complete history of the patient and a thorough physical examination. Narcolepsy is usually confirmed by carrying out a series of sleep studies.

Even though there is no exact cure for this condition, medication, and behavioral treatments can often improve symptoms in an effective manner whereas counseling through educational networks and social support groups also play a major role in controlling the disturbances which will enhance the affected individual’s quality of life. 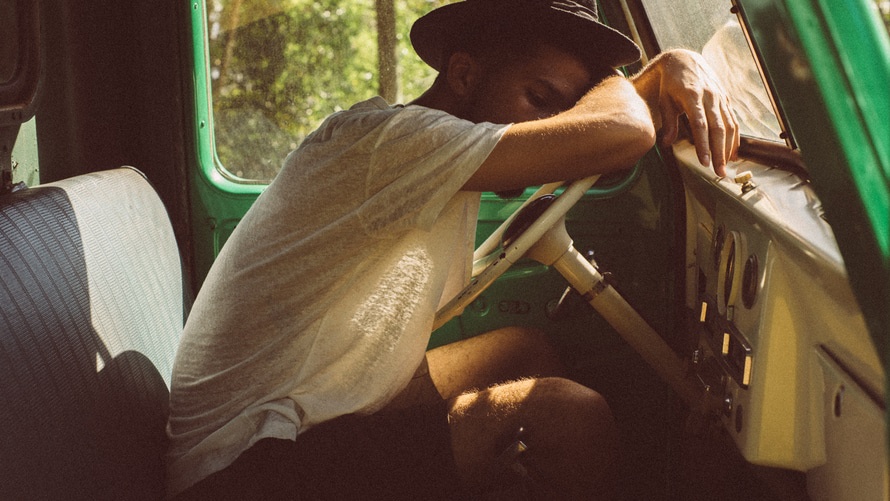 What is Idiopathic Hypersomnia

This sleeping disorder mainly falls into the sub-category of Central Disorders of Hypersomnolence; the main symptom is daytime sleepiness which is not caused by disturbed nocturnal sleep or misaligned circadian rhythms.

It is important to know that the term ‘Idiopathic’ is used to describe Hypersomnia since there is no known cause which accounts for the etiology. Also, none of the normal features of excessive daytime sleepiness are observed in this condition.

Establishing an exact diagnosis would be difficult since this disorder is quite rare and similar to most other sleeping disorders. However, a complete history of the patient and a physical examination followed by investigations such as polysomnogram (PSG) and multiple sleep latency test (MSLT) will rule out other possible causes and establish idiopathic hypersomnia.

Even though there is no exact cure for Idiopathic Hypersomnia, various stimulant medications (Adderall, Modafinil, Dextroamphetamine, Methylphenidate) and practicing a proper sleep hygiene would help to improve symptoms. Maintaining a regular sleep pattern and avoiding alcohol or caffeine before sleep will show a remarkable positive change in affected individuals. 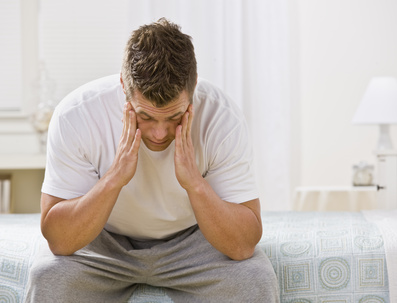 Difference Between Narcolepsy and Idiopathic Hypersomnia

These are two different disorders characterized by excessive daytime sleepiness as the core symptom and are difficult to diagnose clinically.

Narcolepsy is a sleep disorder which is characterized by excessive sleepiness, sleep paralysis, hallucinations, and sometimes episodes of cataplexy, including partial or complete loss of muscle control, usually triggered by strong emotions like laughter and fear.

Idiopathic Hypersomnia is defined as the daytime sleepiness which is not caused by disturbed nocturnal sleep or misaligned circadian rhythms.

The etiology of Idiopathic Hypersomnia is not known yet.

None of the normal features of excessive daytime sleepiness are observed in Idiopathic Hypersomnia.