Opera and oratorio are two types of performance in Western music tradition. Opera is a dramatic work which incorporates many elements of theater. Oratorio is a musical composition for voices or orchestra without using costumes, actions or scenery. The main difference between opera and oratorio is that opera uses costumes, scenery, and dramatic action whereas oratorio uses none of these elements. In other words, oratorio is a concert piece whereas opera is musical theater.

1. What is an Opera? – Meaning, Features, and Characteristics

2. What is an Oratorio? – Meaning, Features, and Characteristics

3. Difference Between Opera and Oratorio – Comparision of Features and Characteristics 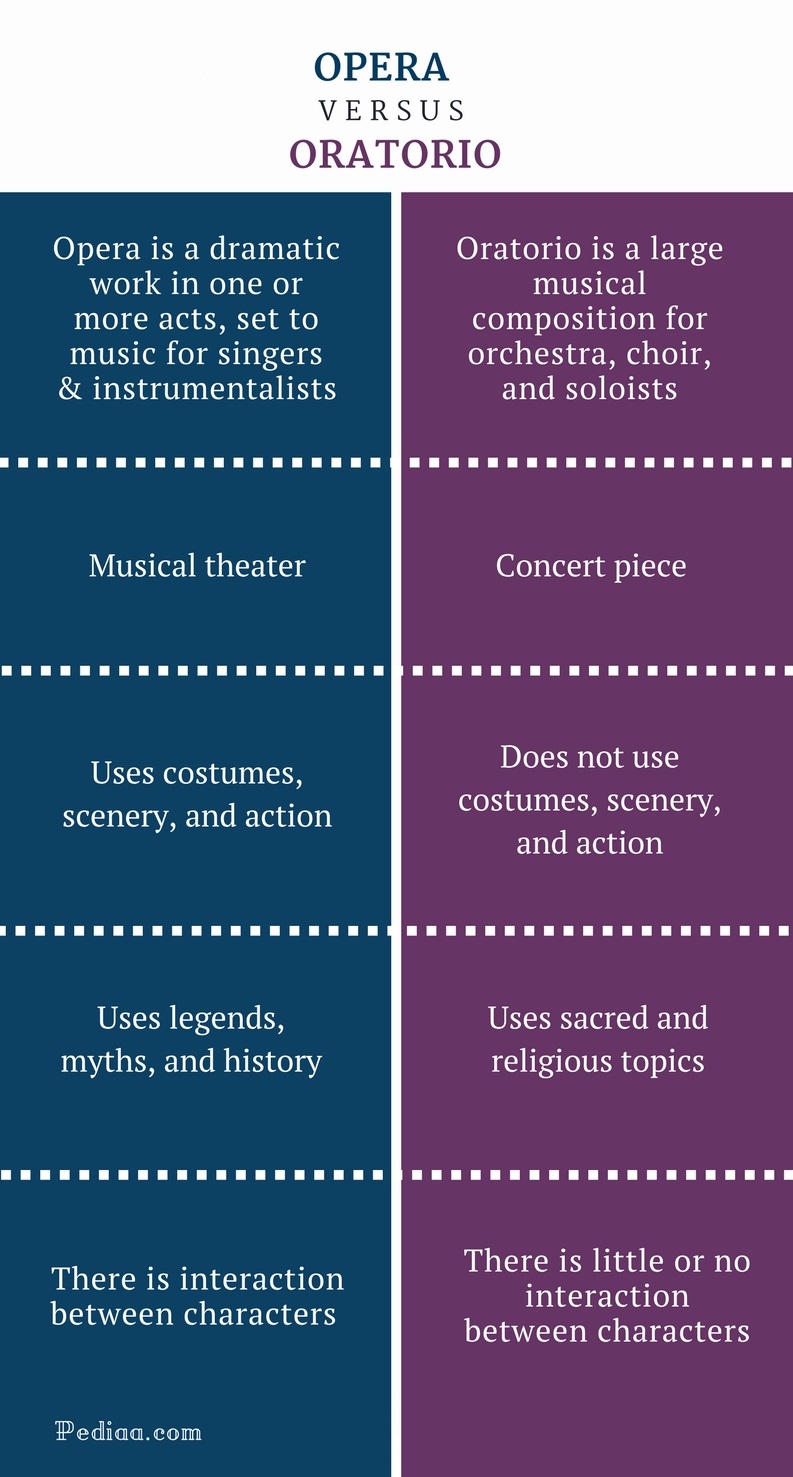 What is an Opera

An opera, which started in Italy at the end of the 16th century, is a part of the Western classical music tradition. It is a dramatic work in one or more acts, set to music for singers and instrumentalists. There are two types of singing in a traditional opera: recitative (a speech-inflected style) and arias (a more melodic style). Many elements of the spoken theater, such as acting, scenery, props, and costumes are incorporated into operas. Operas sometimes also contain dance. The plot of the opera tends to deal with history and mythology.

Mozarts’ Marriage of Figaro, Don Giovanni, The Magic Flute, Rossini’s The Barber of Seville, William Tell, Puccini’s Madama Butterfly and La bohème are some examples of an opera. Opera performances are usually given in an opera house. 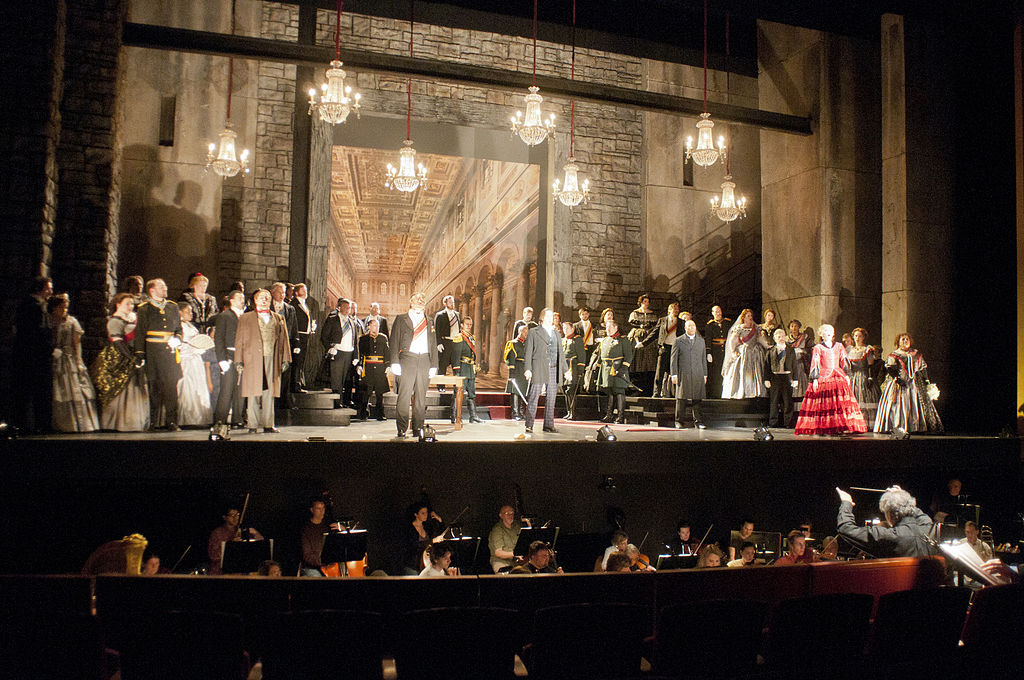 What is an Oratorio

An oratorio is a large musical composition for orchestra, choir, and soloists. An oratorio uses a choir, soloists, an ensemble, various distinguishable characters, and arias. While oratorios are strictly a concert piece, they are sometimes staged as operas, and operas are occasionally presented in concert form. There is usually little or no interaction between the characters in an oratorio; there is neither scenery nor action. An oratorio also does not use props or elaborate costumes.

Oratorios often deal with sacred topics, making them appropriate for performance in the church. Stories from the Bible, lives of saints, and Biblical topics are common themes in oratorios. Oratorios became extremely popular in early 17th-century Italy. Bach’s Christmas Oratorio, Handel’s Messiah, St Matthew Passion and Haydn’s The Creation are some famous examples of oratorios.

Difference Between Opera and Oratorio

Opera is a dramatic work in one or more acts, set to music for singers and instrumentalists.

Oratorio is a large musical composition for orchestra, choir, and soloists.

Oratorio is a concert piece.

Oratorio does not use costumes, scenery, and action.

Opera has distinguishable characters, and there is interaction between them.

Oratorio – There is usually little or no interaction between the characters in an oratorio.