Parsley is a flowering plant species which belong to the carrot family. It is a biennial herb and  produces a rosette of leaves 10–25 cm long with many 1–3 cm long leaflets. It has a taproot, which is used as a food store. It is native to the Mediterranean countries but has become extensively naturalized in many parts of the world. It is considered as a highly aromatic and flavorful herb with cooking and medicinal uses. Curly leaf parsley is one of the most important food ingredients in Western and Asian cooking and also used as a food dish garnish. Root parsley is very popular in central and eastern European cooking, and it is used as a snack or a vegetable in numerous soups, stews, and simmers. 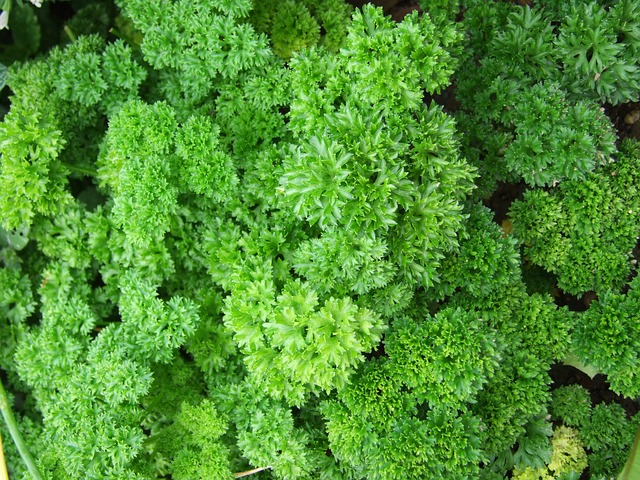 Coriander, also known as Cilantro or Chinese Parsley is a flowering plant in the carrot family. It is an annual herbal plant, and its leaves and seed are the edible components. It is native to the southern Europe, northern Africa, and southwestern Asia. Coriander is considered as a highly aromatic and flavorful herb with cooking and medicinal uses. It is a delicate plant growing to 50 cm height, and the leaves are variable in shape. Leaves that appear at the base of the plant are approximately lobbed and Leaves that appear on the flowering stems are slender and feathery. 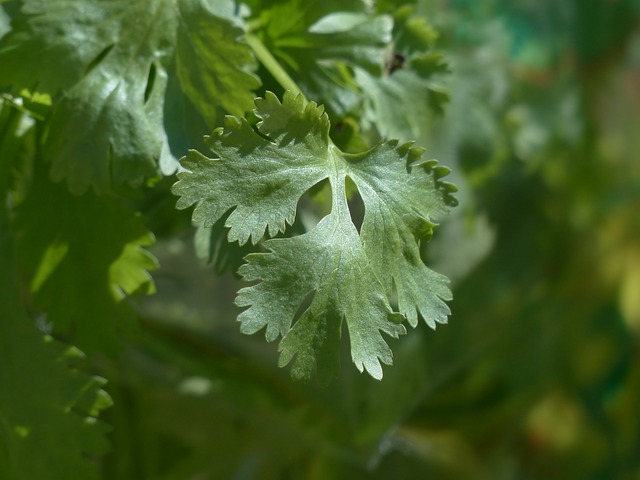 Difference Between Parsley and Coriander

Parsley and coriander may have substantially different properties and applications. These differences may include,

Parsley was originated in the central Mediterranean region.

Coriander was originated in the Western Asia and southern Europe.

The scientific name of Parsley is  Petroselinum crispum.

The scientific name of Coriander is Coriandrum sativum.

Coriander is also known as Cilantro and Chinese parsley

Parsley is a biennial herbal plant.

Coriander is a herbaceous annual plant growing to 50cm or more tall.

The parsley seeds are ovoid and 2–3 mm long, with noticeable fragments at the top. Seeds are used for essential oil extraction.

Edible Parts of the plant

Parsley leaves and roots are edible.

Parsley does not/very rarely cause an allergic reaction. However, excessive consumption of parsley may cause uterotonic effects, and thus, excessive intake of parsley should be avoided by pregnant women.

Coriander can cause an allergic reaction in some people.

Parsley is a rich source of antioxidants such as flavonoid, luteolin, and apigenin. It is also rich in folic acid, vitamin K, vitamin C, and vitamin A.

Coriander leaves are mainly rich in vitamin A, vitamin C, and vitamin K, with a modest content of minerals. Seeds normally have a lower content of vitamins, but they are rich in dietary fiber and minerals.

Parsley roots and leaves are used in many food dishes preparations. Leaves are used as a herb, spice, and a vegetable. Curly leaf parsley is regularly used as a garnish. In many European and Asian countries, several dishes are served with chopped fresh green parsley sprinkled on top. Root parsley is used as a snack or a vegetable in various soups, stews, and oven dish and it is very popular in central and eastern European cooking.

Coriander is distinguished by its characteristic flavor. It is used for cooking various dishes and flavored tea production. The seeds are generally used as a spice and roasted coriander seeds are used for curry powder production such as sambar and rasam. Coriander roots are used in various Asian foods, particularly in Thai dishes such as soups or curry pastes.

In conclusion, both parsley and coriander are essential culinary spices, and both have a lot of similar applications. But they are derived from two different plant species and the entire coriander plant is used for consumption whereas only parsley leaves and roots are used for human consumption.