Who is a Pixie

The origin of the term pixie is uncertain. However, pixies are mostly seen in Celtic folklore and high moorland areas such as Devon and Cornwell are supposed to be inhabited by pixies. In these areas, people used to believe in pixies and some regions and places are named after pixies associated with them.

In traditional folklore, pixies are described as kind, mischievous, attractively childlike creatures that are smaller in size than humans. They are supposed to be fond of dancing and misleading people. For example, the people who got lost in the moors were said to be ‘pixie lead’.  They are often portrayed as poorly clothed or naked. However, in modern use, pixies are usually depicted with pointed ears, and often wear green outfits. In addition, the term pixie is often used synonymously with fairies and other spirits. But according to folklore, pixies and fairies are two distinct races, and they are traditionally enemies. 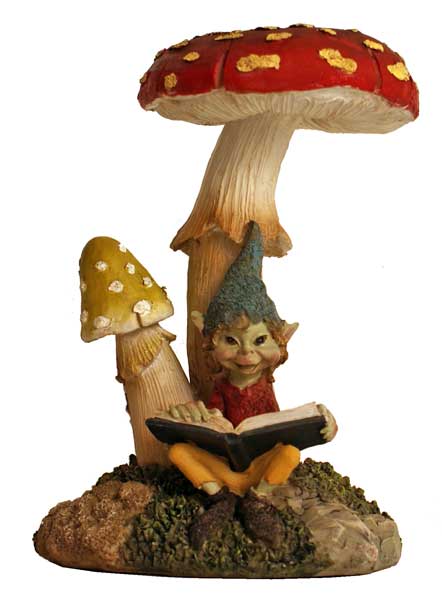 Who is a Fairy

Fairies are mythical beings in European folklore. A fairy is a form of spirit that possesses certain magical powers. What is meant by the term fairy can vary from culture to culture; in some cultures fairy can include all sorts of magical creatures whereas in some other cultures fairies can be ethereal and elegant beings. Nevertheless, they are often described as human in appearance though they are often portrayed with a pair of wings which enables them to fly. A fairy is also known as fay, fae, fair folk; faery, and faerie.

Much of the folklore describes fairies as evil or dangerous creatures; many tales describe protection from fairies by charms of herbs or avoiding places that are supposed to be theirs. Fairies are also known to swap human babies with fairy children. It is this belief that gave birth to folklore about changelings. But in later literature and culture, fairies were often portrayed as wise and benevolent creatures. Many fairytales such as Cinderella, Sleeping Beauty, and Thumbelina have good fairies in them. 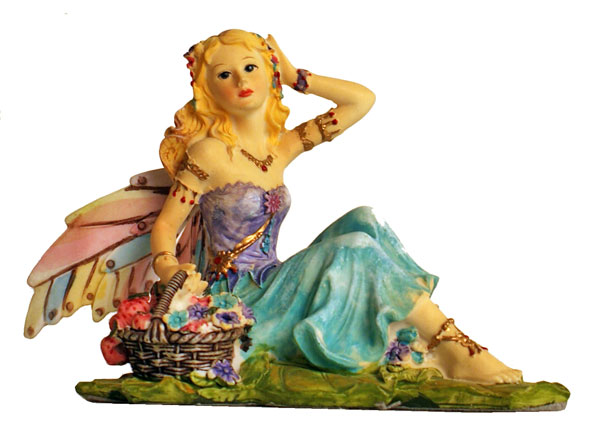 Difference Between Pixie and Fairy

Fairies in the traditional folklore were evil or dangerous, but in later literature they are described as benevolent, and wise creatures.

Pixies are often described to be smaller than fairies. They have pointed ears.

Fairies are often described as human in appearance. They have a pair of wings.

Pixies in folklore are often naked or poorly dressed, but in modern portrayals they often wear a green outfits and pointy hats.

Fairies are generally portrayed as elegantly and beautifully dressed. 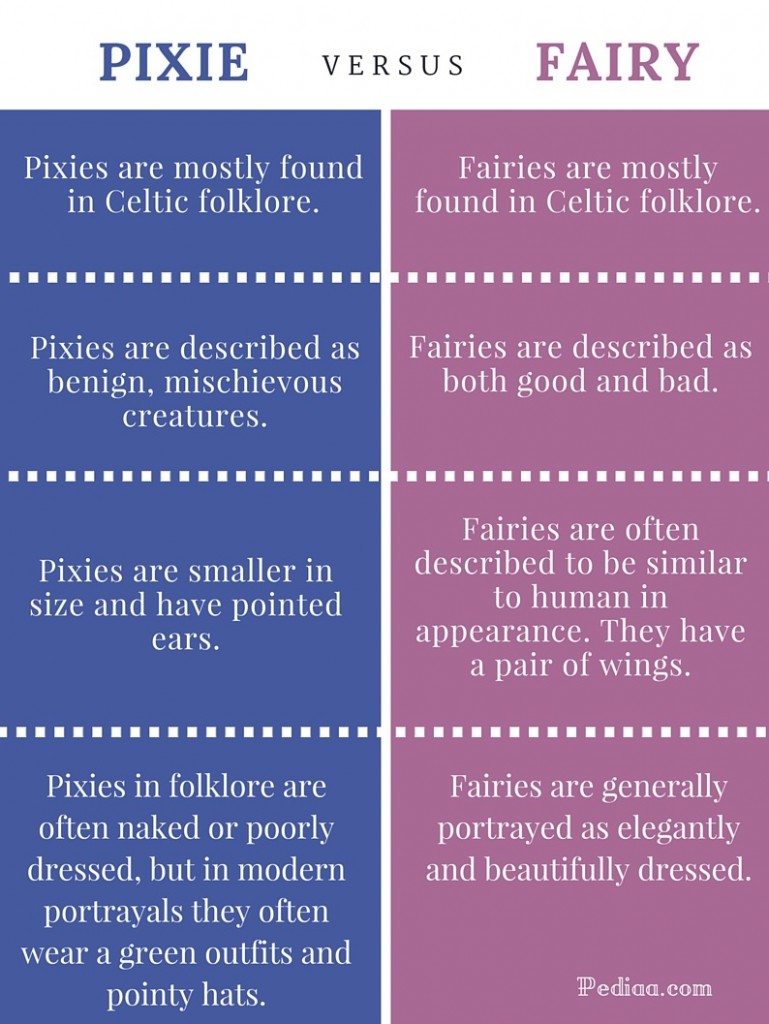