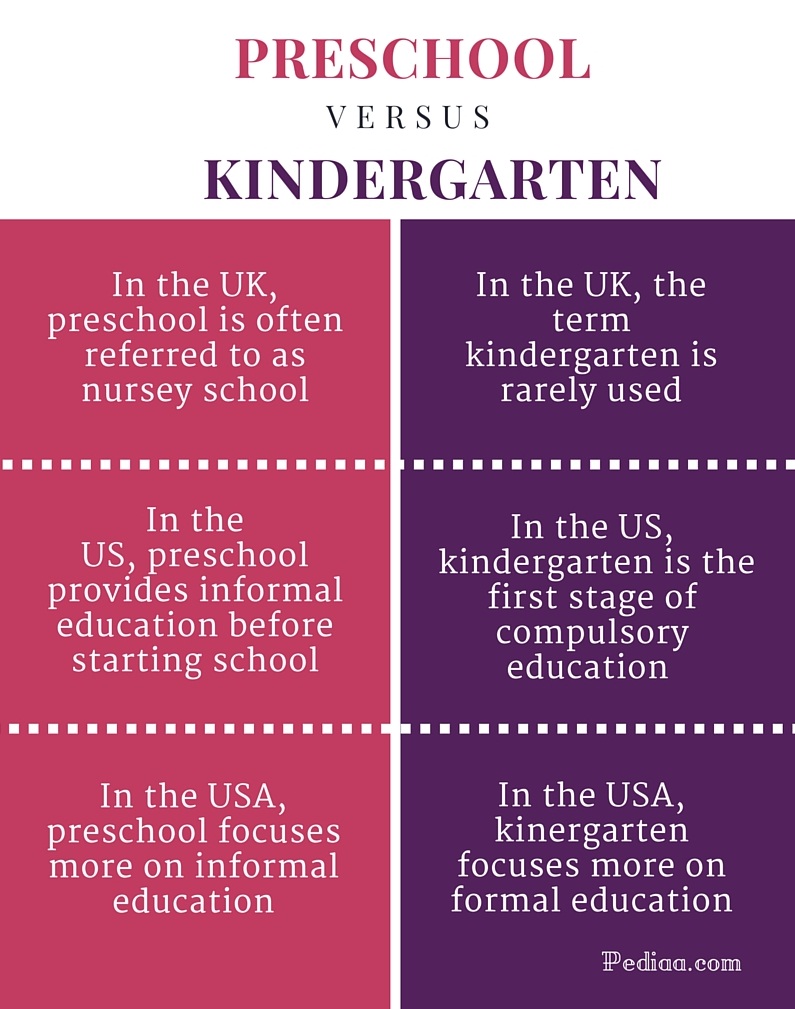 What is a Preschool

Preschool is an educational establishment that offers early childhood education to children between the ages of three and five, before compulsory primary education. Preschools aim to develop different skills in children such as personal, social and emotional development, communication skills which mainly includes speaking and listening, creative and aesthetic development skills and mathematical awareness.

Preschool education includes various programs and institutes such as tots and toddler programs, play schools, nursery schools and kindergartens. All these programs focus on both formal and informal education. At the same time, it is important to know that attending a preschool is not compulsory.

It is also important to observe that the meaning and usage of the two terms preschool and kindergarten vary according to different countries. For example, the terms nursery school and play group are frequently used in the UK instead of preschool. 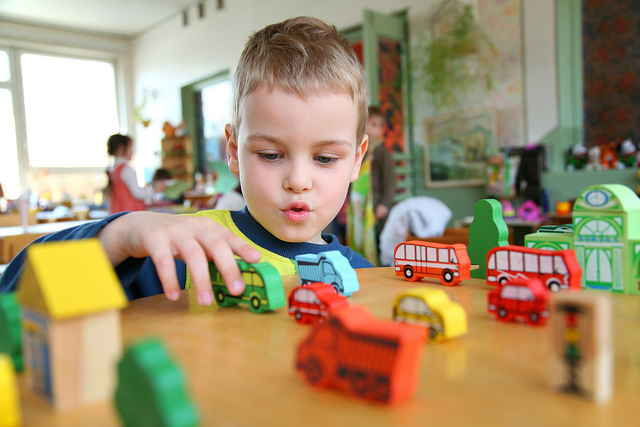 What is a Kindergarten

The term kindergarten is derived from German, and it literally means ‘garden for the children.’ This term metaphorically refers to a place where children can grow naturally. Kindergarten is a preschool education program which is based on fun and practical activities to develop skills. This is very similar to kindergarten.

However, in the US, Canada, and some states of Australia, the term kindergarten is used to refer to the first stage of compulsory education offered at the age of five. In other countries, it often refers to an institute which is very similar to a play group. 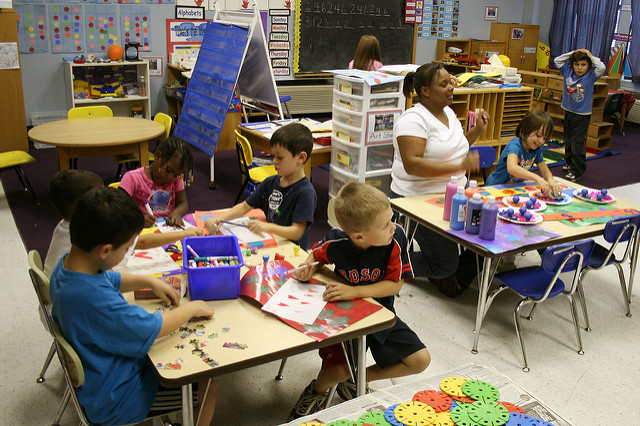 Difference Between Preschool and Kindergarten

“kindergarten, in session” by Woodley wonderworks (CC BY 2.0) via Flickr

“child in kindergarten” by Lucélia Ribeiro (CC BY-SA 2.0) via Flickr