Radiation describes several different processes of transferring energy. This includes the transmission of energy in the form of electromagnetic waves or in the form of nuclear radiation (which refers to alpha, beta and gamma radiation).

Irradiation refers to the process by which an object is exposed to radiation. More often, the term is used to express a deliberate exposure to radiation.

Irradiation has numerous uses. Food can be irradiated with ionizing radiation to kill microorganisms on it, allowing the food to be preserved for a longer time. Irradiation does not make the food itself radioactive, although chemical changes can occur in the food when chemical bonds break due to irradiation. However, research into these chemicals has not revealed any harmful effects [1]. To irradiate food, electron beams, X-rays or gamma rays are used. 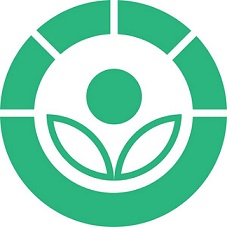 This Radura symbol is used in the USA to indicate that food has been irradiated.

Killing cancer cells in patients by exposing cancerous cells to ionizing radiation is also a process of irradiation.

Irradiation is also used frequently to sterilize disposable objects such as syringe needles. During this type of irradiation, the object to be sterilized is exposed to ionizing electromagnetic radiation such as x-rays or gamma rays. Electron beams are also used to sterilize objects in some cases.

Difference Between Radiation and Irradiation

Irradiation refers specifically to a process by which an object is exposed to radiation.

“Radura symbol used for irradiated food in USA (as legally implemented)” by Author Unknown (United States Department of Agriculture, Food Safety and Inspection Service. Converted from EPS to SVG for Wikipedia use by en:User:CALTD.) [Public Domain], via Wikimedia Commons