What are Radio Waves 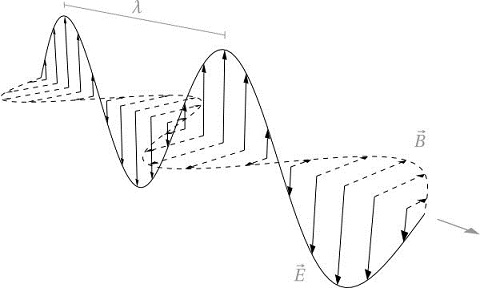 Oscillations in an electromagnetic wave.

Since the actual oscillations take place at right angles to the direction of wave propagation, radio waves are transverse waves. Since radio waves are not mechanical, they do not need a medium to travel in; they can travel even in a vacuum. Like all types of electromagnetic waves, radio waves travel at a speed of about 300 000 km per second in a vacuum. When radio waves enter into other material, they slow down a little. 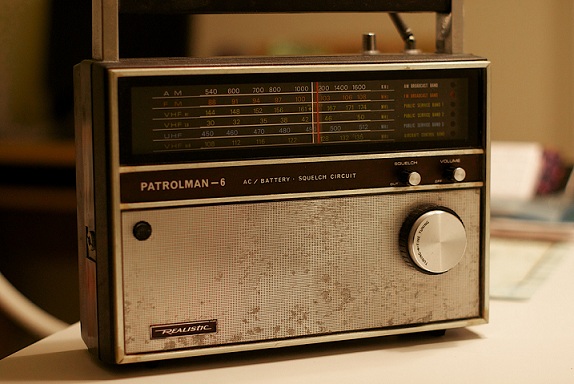 What are Sound Waves

Sound waves are mechanical longitudinal waves. “Mechanical” means that sound waves must have a medium to pass through. The sound is really composed of the back-and-forth motion of molecules that make up the medium. These back-and-forth motions of molecules cause them to come towards each other, forming compressions. Then, the molecules move away from each other, forming rarefactions. This happens over and over again. Humans can “hear” sounds when a molecule undergoes this back-and-forth motion about 20-20 000 times per second. We say that sound waves are “longitudinal” because the movement of molecules take place parallel to the direction that the sound travels in. The speed of sound in a medium depends on the density of the material. Sound travels through air at room temperature and pressure at a speed of about 340 m per second. Typically, sound can travel faster in liquids and even faster in solids. Sound can travel through diamond at a speed of about 12 km per second1.

Sound is really a pressure wave, composed of compressions and rarefactions in the molecules that make up the medium.

Radio waves are electromagnetic waves that can travel through a vacuum.

Sound waves are mechanical waves that require a medium to travel through.

Radio waves are transverse waves. They can be polarised.

Sound waves are longitudinal waves. They cannot be polarised.

Radio waves are much faster, typically travelling millions of metres per second.

Sound waves are much slower, typically travelling a few hundred or a few thousand metres per second.

“Diagram showing physical manifestation of a sound wave through air from a speaker to a human ear” by Pluke (Own work) [CC0 1.0], via Wikimedia Commons (modified)