What is a River

A river is a large natural stream of water; that crosses an area of land to flow towards the ocean, sea or another river. Rivers are moving bodies of water, the water in a river moves along the bank in one direction. The water in a river flows along a channel, made up of a stream bed between banks. The movement of water along the river is called a current. A river may be few kilometers long, or it may cross an entire continent. The Nile in Africa and the Amazon in South America, which flow through several countries, are the longest rivers on Earth.

The beginning of a river is called the source. A river can be formed in several ways. Rivers are mainly from rain or snow that falls in places with higher elevations; some rivers also form by melting glaciers or underground streams. Some rivers flow during all year, but some rivers dry up in dry seasons. A river can either be a single stream or several streams of water connected with each other. The end of a river is called the mouth; this is where the river flows into the ocean or another large body of water. 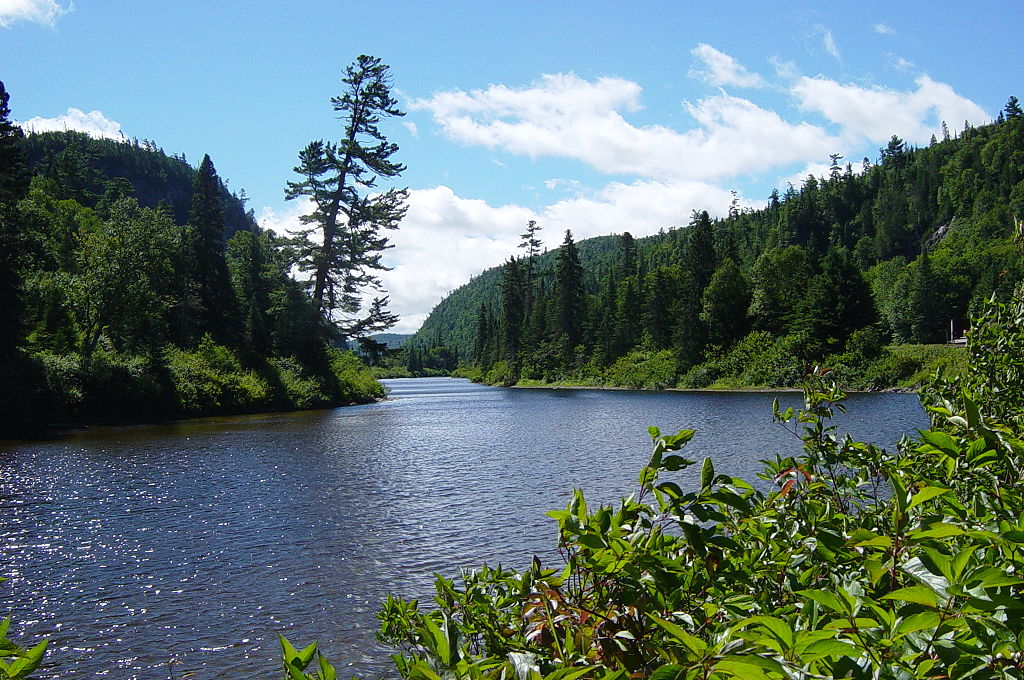 What is a Lake

Lake is a slow moving water body, surrounded by land. It is a considerable inland body of standing water. Since the water in a lake moves very slow, it often appears to be still. Lake can be also described as an area of land that is filled with water, localized in a basin, that is surrounded by land and not connected to another body of water.

A lake can be either natural or man-made. Natural lakes are formed by natural phenomena such as glacial activity, volcanic activity, tectonic movement, and river erosion. Artificial lakes are created by humans for agricultural or industrial use, hydroelectric power generation or recreational purposes, etc.

The majority of the lakes in the world are freshwater lakes. Lake Michigan-Huron is the largest lake on earth by surface area. Lake Baikal in Siberia is considered to be the deepest and oldest lake on Earth whereas Lake Tanganyika is the longest lake on Earth. 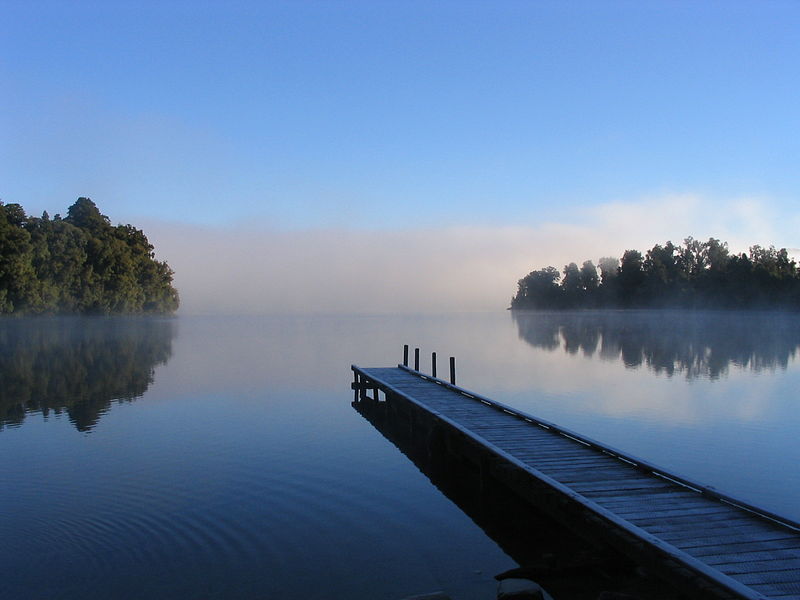 Difference Between River and Lake

River is a flowing body of water.

Lake is a standing body of water.

Link to another body of water

River connects to a larger body of water.

Lake does not connect to another body of water.

Rivers are natural bodies of water.

Lakes can be either natural or artificial.

Rivers are found on every continent and nearly every type of land.

Lakes are mainly found in the northern half of the world. 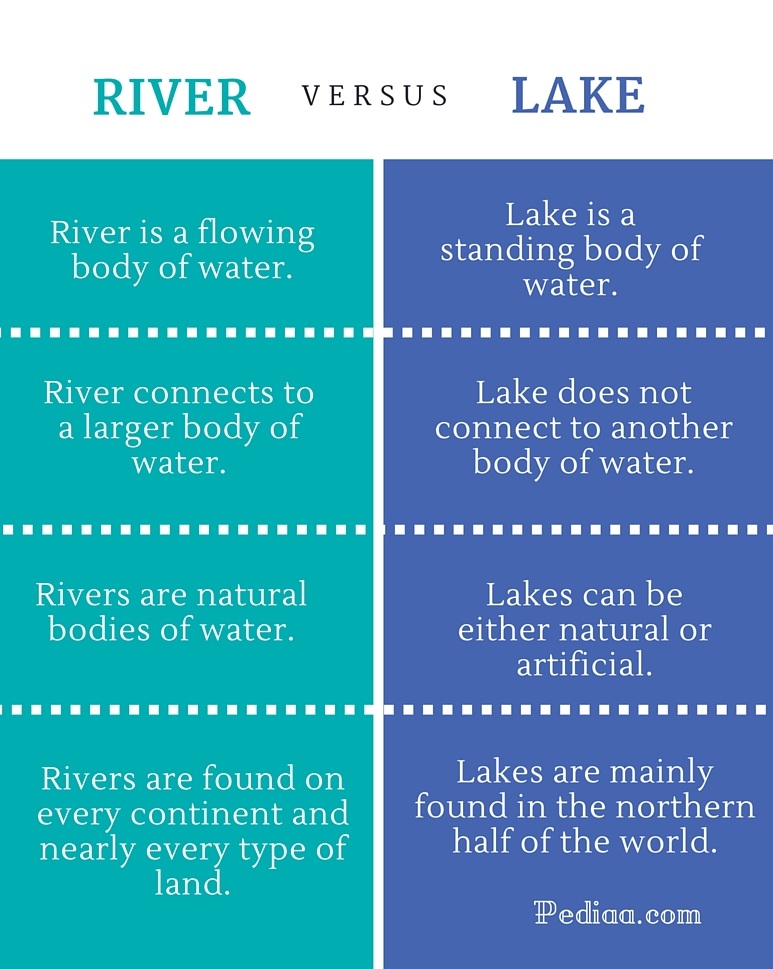