Shark and dolphins are two wonderful aquatic animals categorized under the broad group of vertebrates due to the presence of backbone. They live in the ocean and mainly feed on small fish and invertebrates. Usually, these two animals are easily confused due to their similar appearances. However, if we look closely, there are many differences between sharks and dolphins. The main difference between a shark and a dolphin is that the shark is a cartilage fish whereas dolphin is a mammal. In this article, the difference between shark and dolphin will be discussed in detail.

All sharks live in oceans. However, very few species can survive in fresh water, but for only for a short period. About 450 shark species have been identified so far.  Sharks are cold-blooded fish that have muscular, streamlined bodies with skeletons which are made up of cartilage. Like other fish, sharks have gills to breathe, but the gills are not covered and can be easily seen as gill slits. There are about 5-7 gill slits on each side of their throat. But like bony fish, sharks do not have scales. Instead, they have denticles, which make their skin very rough. The size of the sharks varies widely. The largest shark is the whale shark while the smallest shark is spiny dogfish shark. Sharks lack a swim bladder, unlike the bony fishes. Instead, they have large oil-filled liver along with low-density cartilage that prevent sinking if they stopped swimming.

Sharks mainly feed on fish, seals, and penguins. Sharks use their strong muscles to swim by bending their body vertically. Sharks have highly sensitive ears and eyes. Their ears have semicircular canals. Sharks cannot see colors, but the presence of a mirror-like layer enables them to see in extremely low light conditions. Moreover, special cell row along the lateral line enables them to detect even small movements of water around their body. A special type of cells called Ampulae of Lorenzini located around their mouth can detect tiny electricity made by other animals, and help to detect their prey. 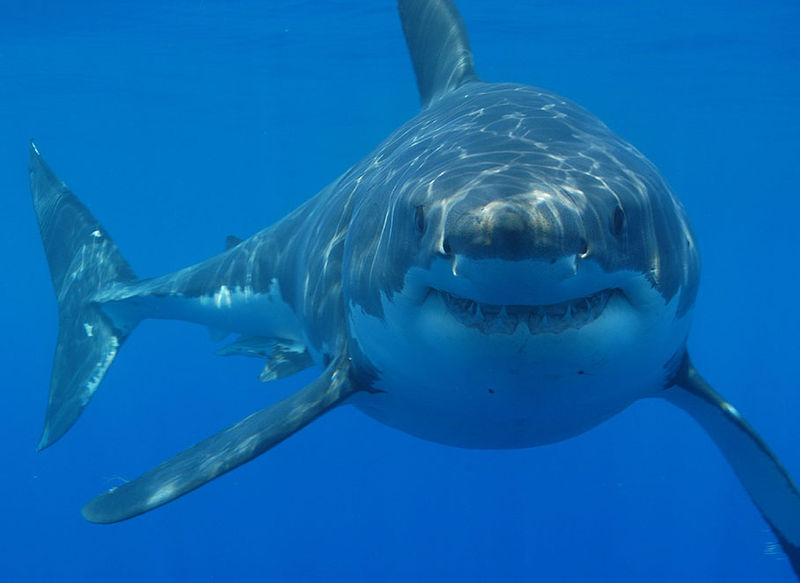 Dolphins are mammals often confused with large fish like sharks. They are classified under the order Cetaceans, which also includes whales and family Delphinidae. Dolphins are very intelligent animals and show playful and friendly behaviors especially when they encounter humans. They are abundant in many warm and tropical marine habitats while very few live in large rivers (known as river dolphins). Dolphins spend their entire lifetime in aquatic habitats and show remarkable adaptations to survive in such habitats. They mainly feed on fish and squids. There are about 67 known dolphin species, and the largest one is known as a killer whale. Dolphins are usually gray in color. However, their body color may vary widely among the different subspecies. Their streamed-line bodies with smooth body surface make them excellent divers in the sea. They swim mainly by flapping their powerful, horizontal tails flukes up and down and maneuver their bodies by using a pair of flippers. Dolphins have significant long snout (or beak) which includes interlocking small teeth. Due to the presence of tooth, they are considered as toothed whales.

Being warm-blooded mammals, dolphins give birth to young who entirely depend on their mother’s milk during the early stages of life. Dolphins are highly social animals and often form herds, which may include as many as one million individuals. Most extraordinarily, dolphins are able to produce high-frequency sound waves to communicate with each other and also to locate obstacles and fish, which is known as echolocation.  Moreover, they use many impressive hunting strategies especially when they in numbers. 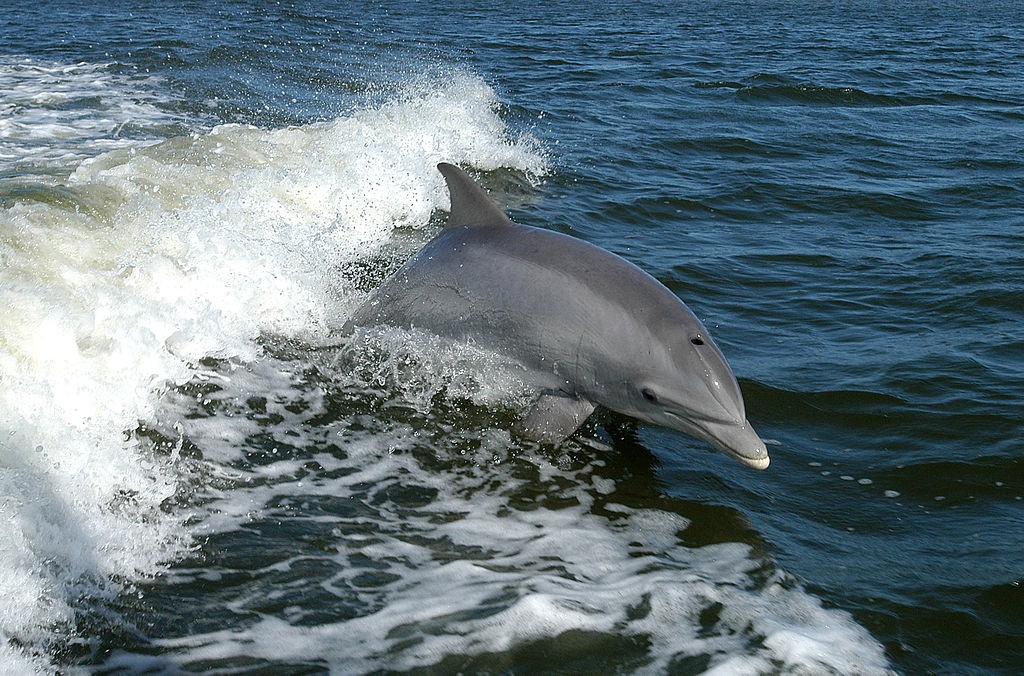 Difference Between Shark and Dolphin

Dolphins are warm-blooded. Hence, they can regulate their body temperature despite the environmental condition.

Sharks are cold-blooded. Hence, they cannot regulate their own body heat with environmental changes. Their body temperature is equal to the temperature of surrounding environment.

Shark’s skeleton is made up of cartilages.

Dolphin’s skeleton is made up of bones.

Sharks have several rows of teeth, which are not attached to the jaws by roots. They replace their teeth constantly throughout their lifetime.

Dolphins have just a single row of teeth.

Sharks have much shorter intestines than dolphins.

Dolphins have  a longer intestines than sharks.

Sharks are solitary hunters, but on certain occasions, they gather in large numbers

Sharks have their mouth under the skull.

Dolphins’ is located in front of the skull as a snout.

Sharks have rough skin due to the presence of denticles.

Sharks are less intelligent than dolphins.

Sharks cannot survive for much longer time in waters with low salt content.

Some dolphin species can be found in rivers.