Skepticism and Cynicism are two similar concepts that refer to attitudes in a person. Although many people assume that these two concepts are the same, there is a distinctive difference between the two. Skepticism involves questioning and doubting accepted facts and opinion. Cynicism involves believing that people motivated purely by self-interest. The main difference between skepticism and cynicism is that skepticism is a positive phenomenon whereas cynicism is a negative phenomenon. 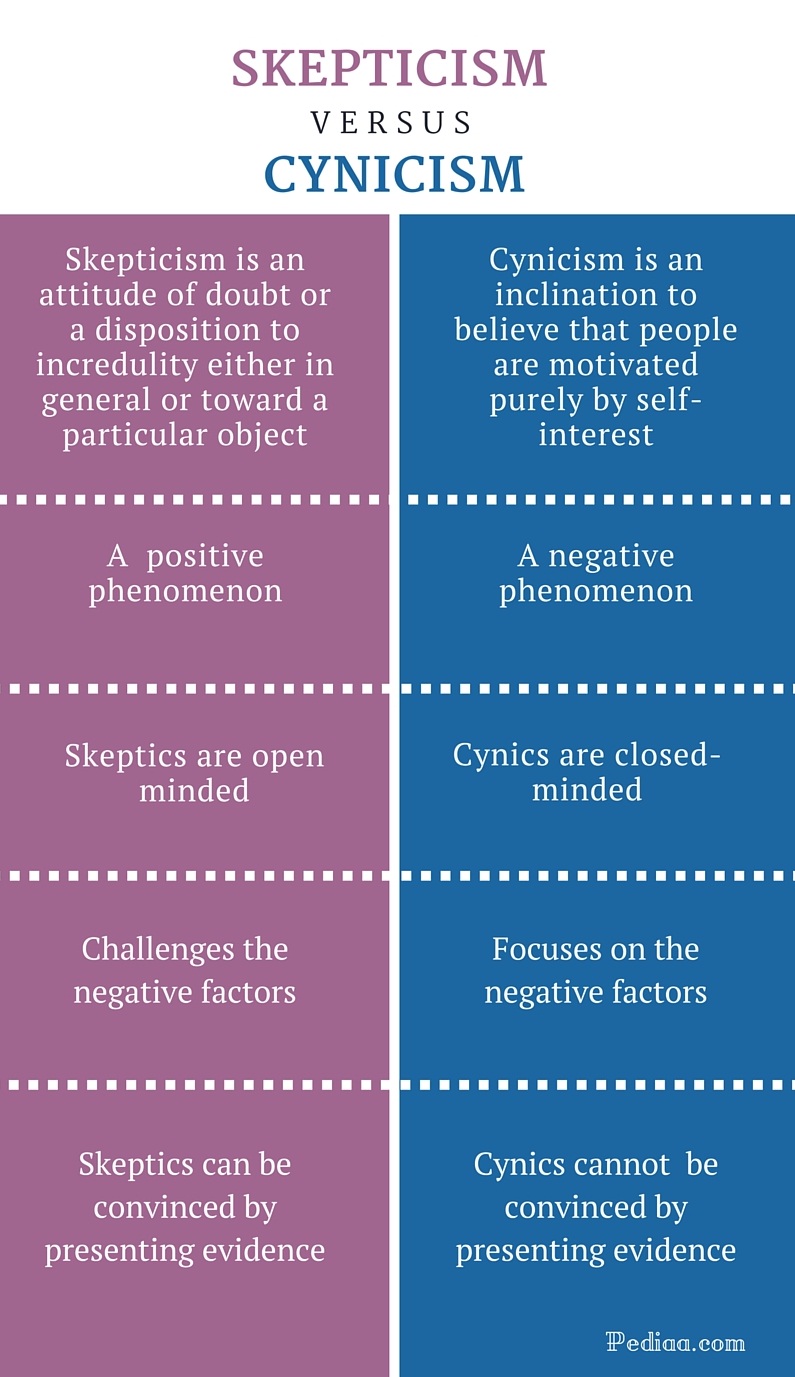 Merriam-Webster defines skepticism as “an attitude of doubt or a disposition to incredulity either in general or toward a particular object” whereas Oxford dictionary defines it as “a skeptical attitude; doubt as to the truth of something”. This term comes from Greek skeptikos meaning to inquire or doubt. A skeptic is a person who questions or doubts accepted opinions and facts.

Although Skepticism is usually considered as a negative concept since it doubts and questions accepted concepts and opinions, skepticism has a positive side as well. Skeptics do not blindly believe things; they need concrete facts and evidence to believe a claim. It is also skepticism that leads people to find new solutions; when a person doubts or questions an existing concept, he or she is persuaded to find more about it; in this process, he or she may end up introducing a new solution or concept. This can also be defined as being open minded about something. This is also a key requirement in scientific thinking. 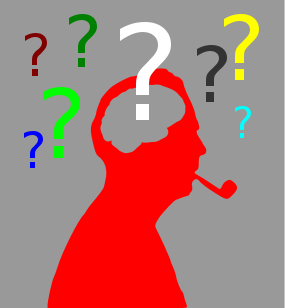 Although many people associate skepticism with cynicism, cynicism is more negative than skepticism. According to the Oxford Dictionary, cynicism is “an inclination to believe that people are motivated purely by self-interest”. Merriam-Webster dictionary too defines cynicism as having beliefs that people are generally selfish and dishonest. Thus, a cynic is a person looks at things scornfully and sees the negative side of everything.

Cynics don’t trust people, and they don’t agree with new ideas. Unlike skeptics, they cannot be convinced by facts and evidence because they have already made up their mind. It is not wrong to say that they have closed minds. 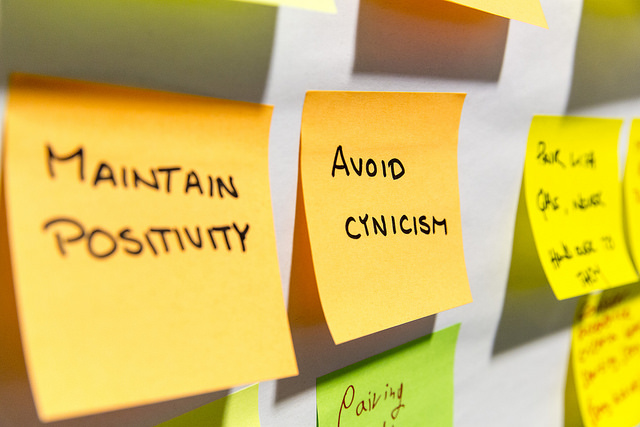 Difference Between Skepticism and Cynicism

Skepticism is an attitude of doubt or a disposition to incredulity either in general or toward a particular object.

Cynicism is an inclination to believe that people are motivated purely by self-interest.

Skepticism is a positive phenomenon.

Cynicism is a negative phenomenon.

Cynicism focuses on the negative side.

Skeptics can be convinced by presenting evidence.