Ice cream is a frozen dessert that is loved by everybody. It is sweet, soft, smooth and melts in your tongue. But soft serve is a type of ice cream which is even smoother and softer than regular ice cream. The main difference between soft serve and ice cream is that ice cream contains more milk fats than soft serve.

What is Ice Cream

Ice cream is a frozen food made of milk, cream, and sweeteners. For a frozen dessert to be termed as ice cream, it should contain at least 10% of milk fats, 20% of solid milk by weight. In ice cream, the cream percentage is typically higher than milk. In addition to the primary ingredients, various colorings, flavorings, and stabilizers are also used to flavor the ice cream. Different toppings are also used in serving.

Ice cream should contain at most 50% of air. Premium ice creams have higher fat content and lesser air content. The air is incorporated into the ice cream by churning the mixture before freezing. It is because of this aeration process that ice creams are often soft and fluffy. The amount of air in an ice cream is called overrun. Ice cream is usually stored and served at about -15ºC. 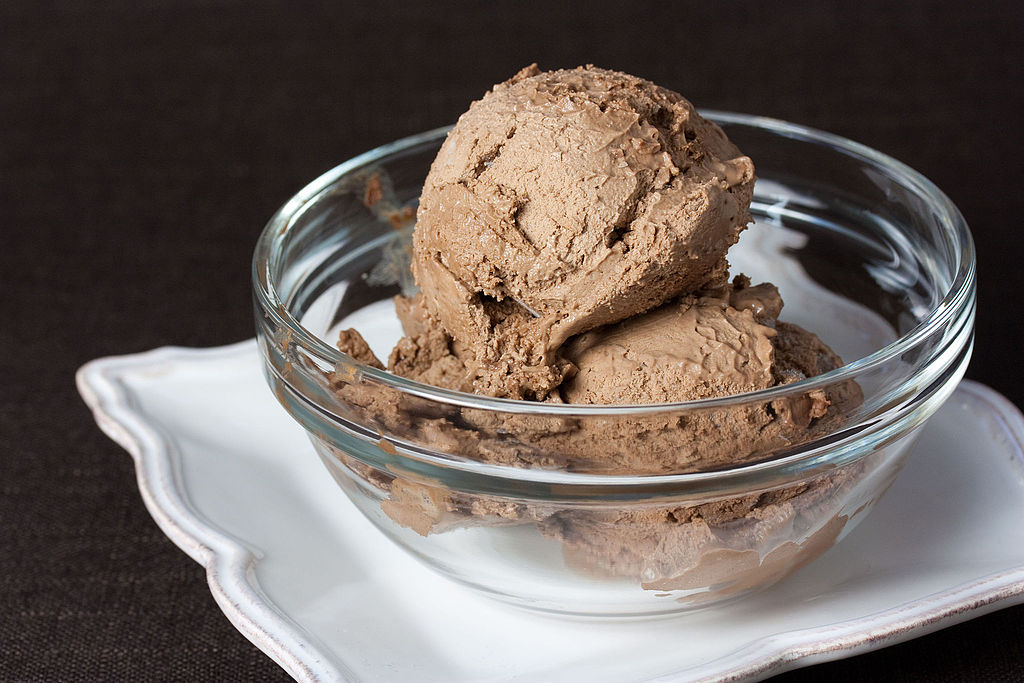 What is Soft Serve

Another significant difference can be noted in the preparation process.  The air is incorporated into the soft serve ice cream during the freezing process. But in hard ice cream air is churned into the mixture before freezing. 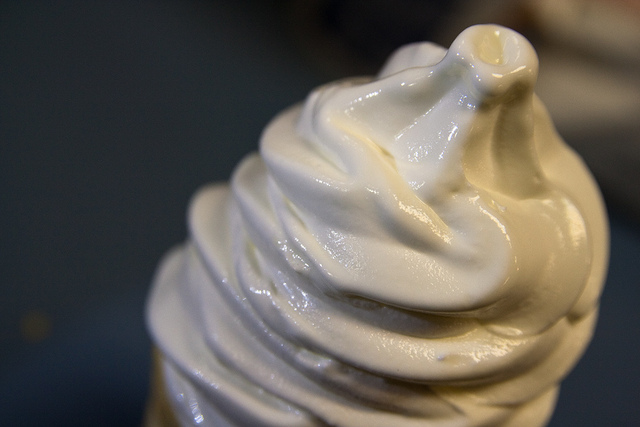 Soft Serve is a type of ice cream.

Ice Cream is a frozen dessert.

Ice Cream is not as soft as soft serve.

Soft Serve is aerated and continuously churned during freezing.

Ice Cream is churned and aerated before freezing.

Soft Serve is served at a higher temperature.

Ice Cream is served at a lower temperature.

Soft Serve can melt faster because it has more air. 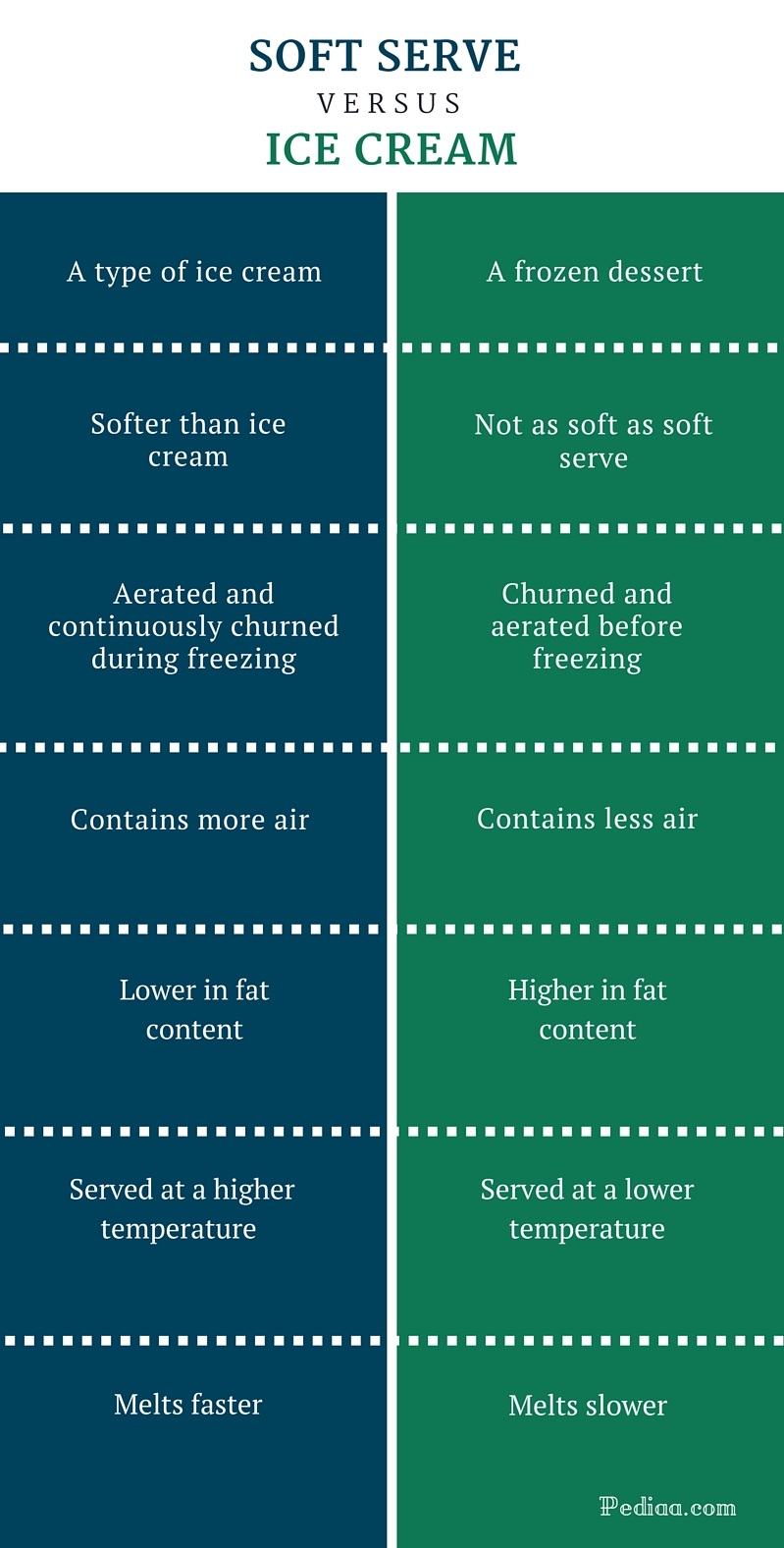