What is a Stew

Stew is a combination of solid food and liquid. It is a dish of meat and vegetables cooked slowly in liquid in a closed dish or pan. Stew also refers to the process of slow cooking using a liquid. Tough meat such as beef and poultry are generally cooked as stews. This is because stewing has the ability to soften the food and make tough meat juicy and tender.

The meat is cut first into small and uniform pieces and then fully immersed in a liquid. This liquid can be water, stock, beer, wine, etc. When the food is fully covered with liquid, the dish is tightly closed to prevent evaporation and left to cook at a very low temperature. Stews are usually cooked on a stove so that the heat is directly applied to the bottom of the cooking vessel.

Since the food is completely immersed in a liquid, stews have a lot of gravy. Stews are usually made from uncooked ingredients. Different seasonings and flavorings can also be added to the mixture. 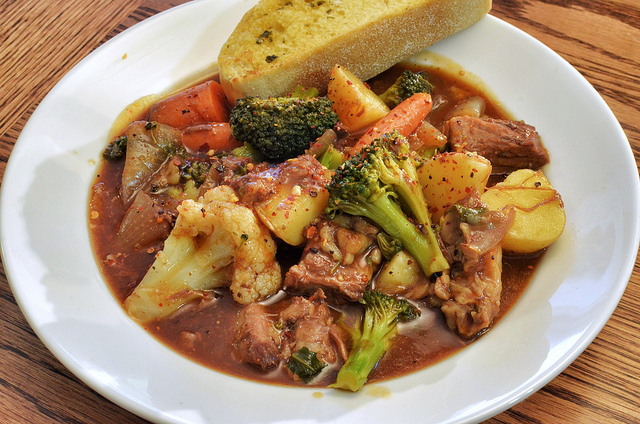 What is a Casserole

Casseroles in America and the Continent usually consist of pieces of meat or fish, various vegetables, a starchy binder such as flour, potato or pasta. It often contains a crunchy or cheesy topping as well. Cottage pie, gratin, lasagna, and moussaka are some examples of casseroles. 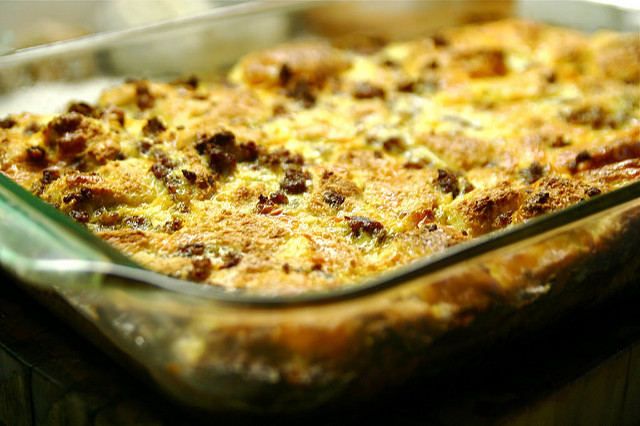 Difference Between Stew and Casserole

Stew is usually cooked in a stove.

Casserole is usually cooked in the oven.

In a stew, heat is applied to the bottom of the vessel.

In a casserole, heat circulates all around the vessel.

Casseroles may or may not be covered.

Stew is a food type as well as a cooking method.

Casserole is a cooking vessel as well as a food type. 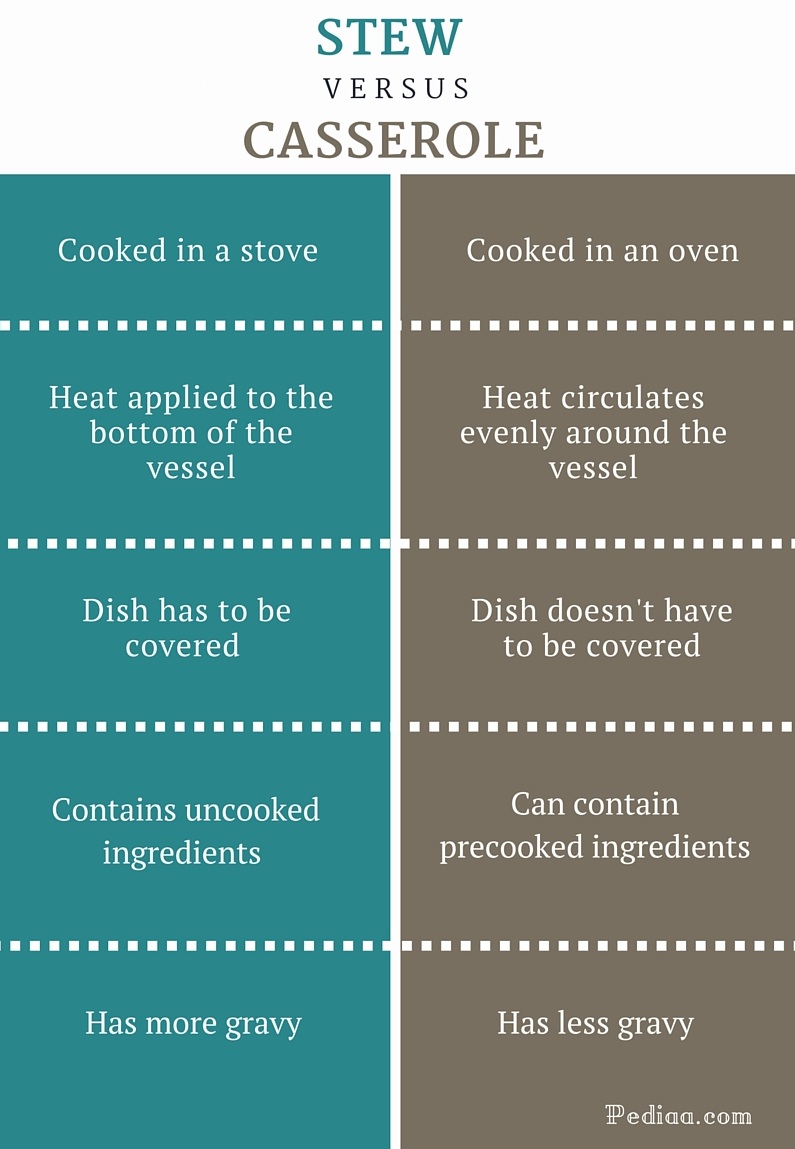