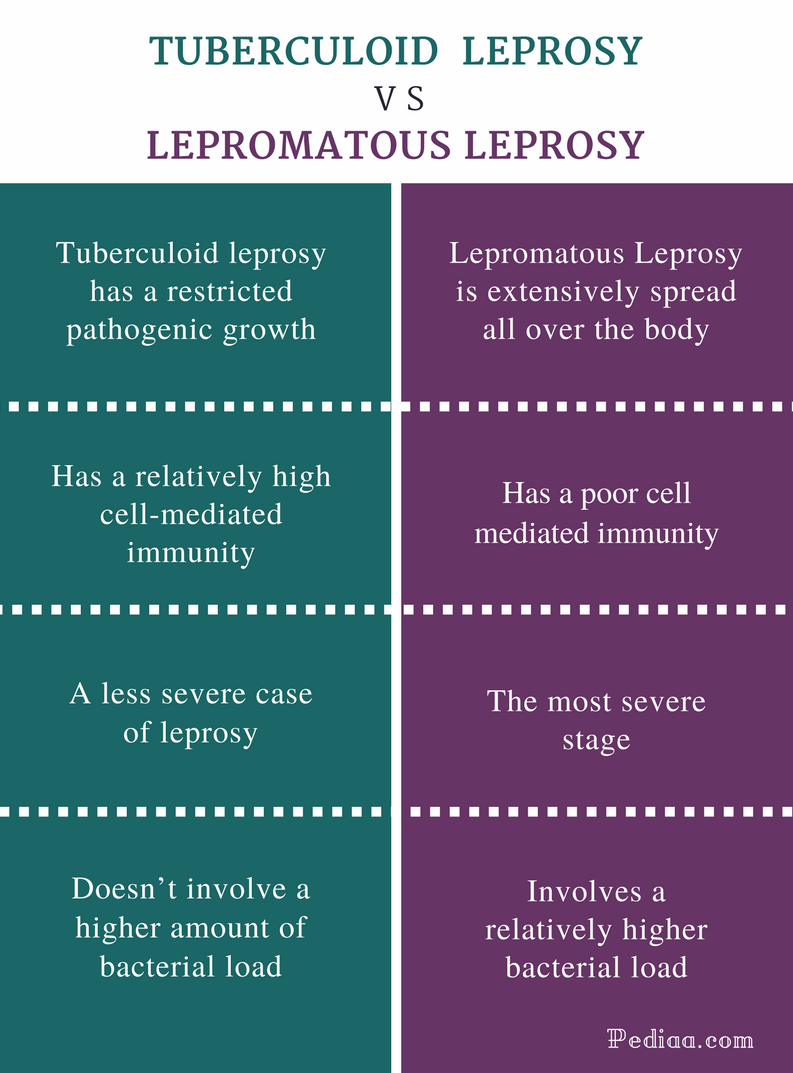 Leprosy, also known as Hansen’s disease, is a chronic condition which is mild to moderately infectious in nature. It is one of the commonest causes of peripheral neuropathy in the world and is markedly high in certain areas of the world (South East Asia, South America, and Africa), suggestive of an association with the individual’s genetic makeup and race.

Caused by a rod-shaped bacteria known as Mycobacterium leprae, Leprosy is known to be transmitted through nasal discharges and skin sores, possibly affecting as little as 5% of exposed individuals. The onset of the disease is intermittent and progressive; the signs and symptoms might not be noticeable up until few years (can go up to 7 years) following the initial exposure. Most affected sites of leprosy lesions include nerve extremities, mucosal lining of the nose and upper respiratory tract, which can later progress into muscles too. Leprosy is not a fatal condition, but untreated patients can end up having permanent deformities and disfigurations of body parts, which will further be worsened due to inadvertent injury as a result of sensational loss following peripheral nerve damage.

There are two main types of Leprosy known as,

These two types significantly differ from one another based on the type of immune response and presentation, but most people find it quite confusing to differentiate one from the other, probably due to a lack of knowledge about the features they own. 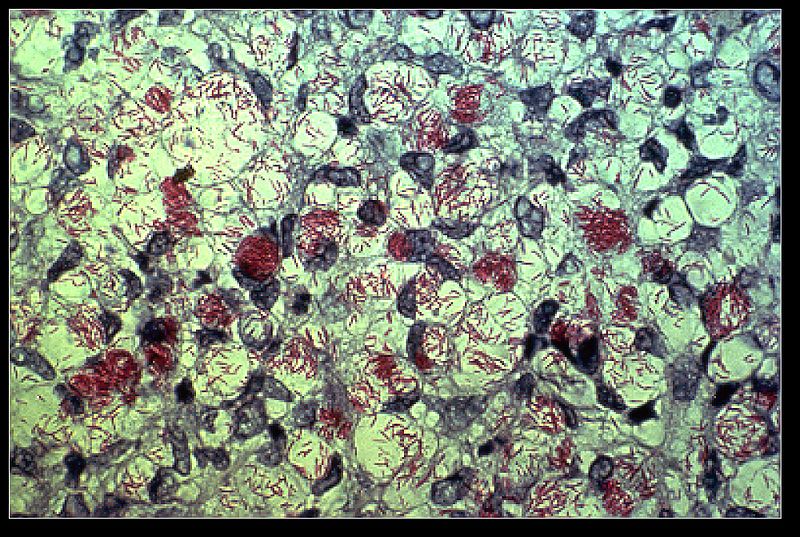 M. leprae, one of the causative agents of leprosy

What is Tuberculoid Leprosy

This is a type of leprosy which can either cause a large single red patch with well-defined borders or a large hypo-pigmented spot which is asymmetrical in shape. Lesions will appear dry and hairless; some may be associated with loss of sensation. Most patients will have tender and thickened nerves which will ultimately make them lose their function with time, which can resolve spontaneously (with years) or progress to other rare types of leprosy such as borderline or Lepromatous leprosy.

What is Lepromatous Leprosy

This is a type of leprosy which usually has a late presentation of signs and symptoms. Early symptoms of lepromatous leprosy can be nasal stuffiness associated with discharge, bleeding, swollen legs and ankles. Furthermore, affected individuals may also have several lesions including plaques, macules, papules and nodules, which is often followed by thickening of skin over forehead and earlobes, loss of eyebrows and eyelashes, misshaping or collapsing of the nose and falling off of the upper incisor teeth.

Other possible complications of Lepromatous leprosy include, 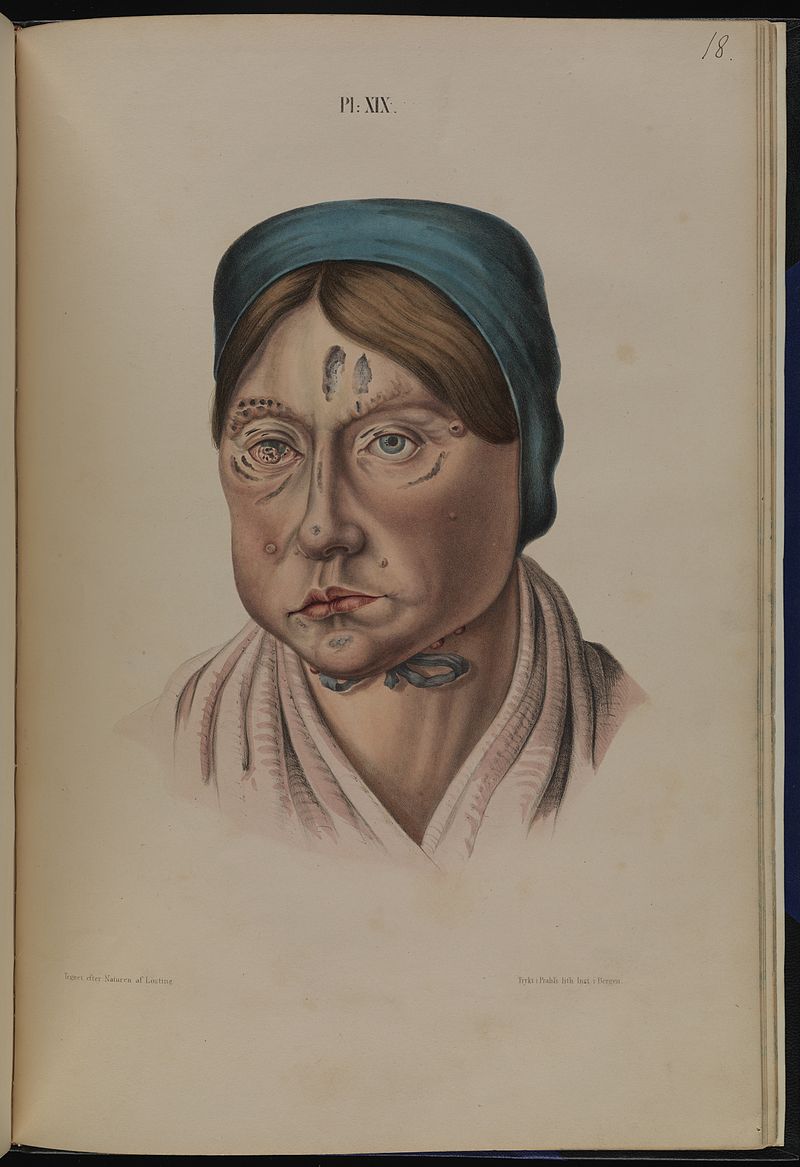 How to Diagnose Leprosy

Diagnosis of both Tuberculoid leprosy and Lepromatous leprosy will require a skin biopsy which will show characteristic histological features with granulomas and nerve involvement. Moreover, other special staining methods of tissue samples will help to identify acid-fast bacilli, which is helpful in identifying the type of leprosy.

In fact, smears made up of skin slits, obtained from ear lobes will show positive acid-fast bacilli in Lepromatous leprosy whereas the smear will be negative in ones with Tuberculoid leprosy.

How to Manage Leprosy

Once the diagnosis of Leprosy of any type is established, the treatment should be initiated immediately in order to halt the spread of infection and to reduce potent physical disfiguration.

First line treatment of leprosy regardless of the specific type includes antibiotics such as Dapsone, Rifampicin and Clofazimine. It is also important to know that Leprosy treatment involves a special type of drug regimen known as Multi drug therapy (MDT), which will be customised according to the severity of the disease and the type of leprosy. This therapy consists of two or three different drugs, combined and given over a period of few months to years, depending on the individual response. Additionally, Oral corticosteroids and Thalidomide might also be useful in reducing the swollen areas and nerve thickenings.

Some patients might also need surgical interventions in order to address physical deformities or disfigurations.

Difference Between Tuberculoid and Lepromatous Leprosy

These two types of leprosy significantly differ from one another based on the type of immune response and presentation.

Lepromatous leprosy owns a poor cell mediated immunity which results in an extensive spreading of the infection all over the body.

– Dissemination of Lepramatous leprosy can range from the respiratory tract, eyes and lymph nodes

Tuberculoid leprosy is known to be the less severe case of leprosy which doesn’t involve a higher amount of bacterial load.

Lepramatous leprosy is the most severe stage which owns diffused lesions with a relatively higher bacterial load.