Turmeric is a herbaceous plant species which belongs to the ginger family, Zingiberaceae. The plant is around 1 m tall and highly branched. It is a perennial herb with yellow to orange, cylindrical, aromatic edible rhizome. It is native to the southwest India but has become extensively naturalized in many parts of the world, particularly on dry to intermediate wet soils. It is considered as a highly colorful, aromatic and flavorful herb with cooking and medicinal uses. This is one of the most used spices in Indian and Sri Lankan cooking. India is the largest turmeric producer and consumer in the world. The turmeric extracts are also used in Indian weddings and other religious rituals.

Curcumin is the major curcuminoid (natural phenolic compound) that are responsible for the yellow color of turmeric. Chemically, curcumin is a diarylheptanoid which was first identified by Vogel and Pelletier. Curcumin can exist in two major forms known as keto form and enol form. The enol form is more energetically steady in the solid phase as well as in organic solvents, whereas the keto form mainly dominates in water. Curcumin has a particularly simple, somewhat bitter, a little hot peppery flavor and a mustardy smell. 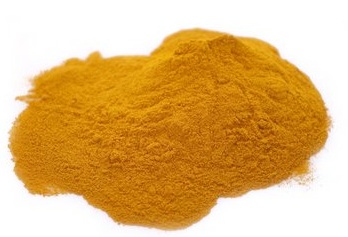 Difference Between Turmeric and Curcumin

Turmeric and curcumin may have substantially different properties and applications. These differences may include,

Curcumin is a natural chemical phenolic compound that is accountable for the yellow color of turmeric.

Curcumin is a bright yellow-orange powder

Turmeric contains three types of curcuminoids such as curcumin (diferuloylmethane), demethoxycurcumin, and bisdemethoxycurcumin. In addition, turmeric also contains volatile oils including turmerone, atlantone, and zingiberene and sugars, proteins, and resins.

Rhizomes of the turmeric plant are used in followings. They are;

Curcumin is distinguished by its characteristic color. It is used for boron quantification and used as a food coloring (E number is E100).

Although little reliable evidence is available, turmeric has anti-inflammatory, antioxidant, antitumour, antifungal and antibacterial properties. In folk medicine, it is used to treat stomach and liver illnesses, as well as to heal wounds.

High doses of curcumin can cause mild nausea or diarrhea and alter iron metabolism by chelating iron atoms. 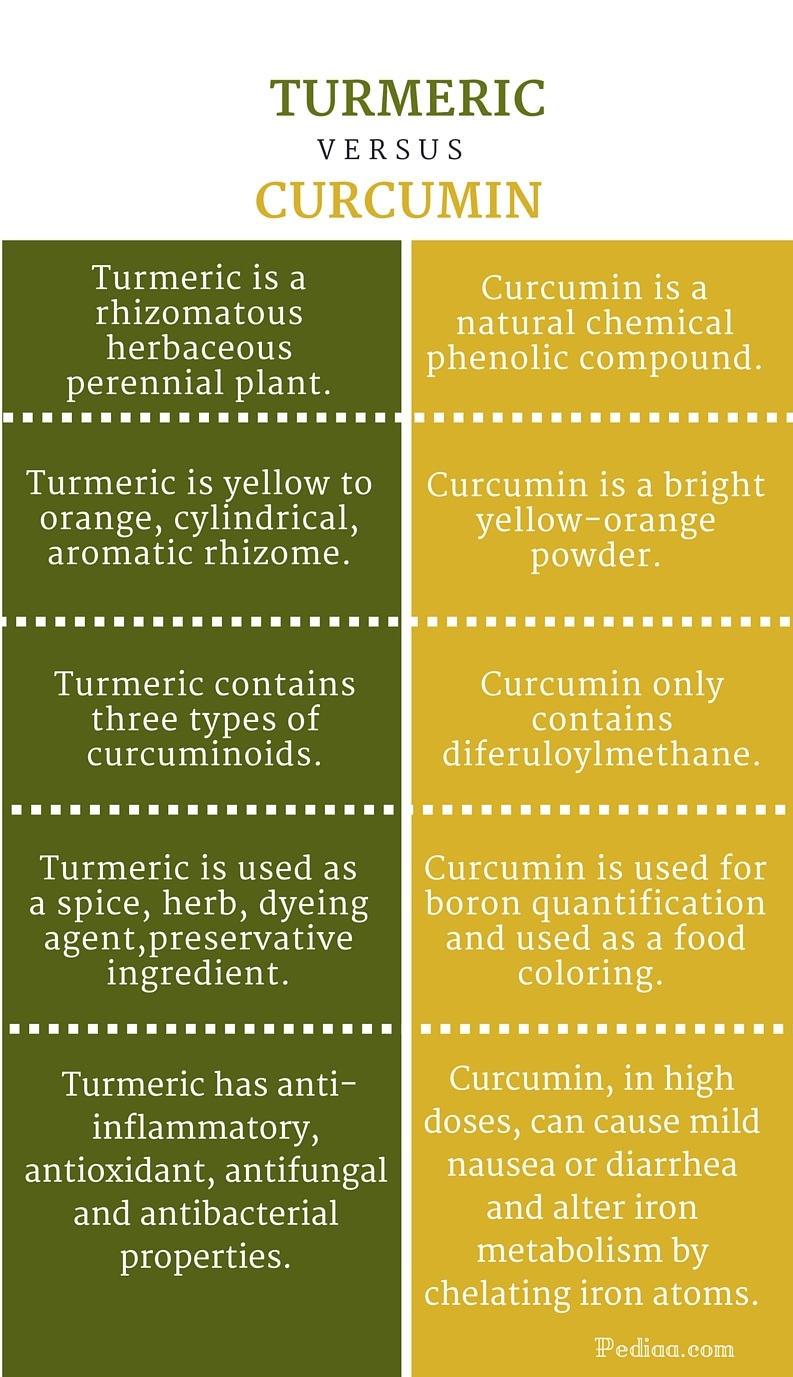