The unemployment rate is a calculation which measures the standard of a particular economy. It is the percentage of employable people in a country’s workforce who are over the age of 16 and who have either lost their jobs or have unsuccessfully sought jobs in the last month and are still actively seeking work.

How to Calculate Unemployment Rate

There are several ways to calculate unemployment rate of a population. These calculations depend on the definitions of “unemployed” and “employed” and the methods of data collection.

There are also a few other factors you should be aware of when calculating the unemployment rate of a population. 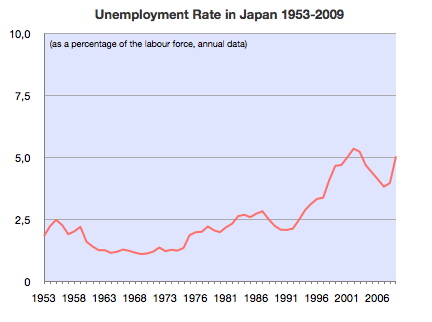 The employment rate can be calculated using the following formula.

We can calculate this by an example.

Following data are from the labor department of a certain country

To calculate unemployment rate, first we should find the unemployed civil population through this data.

Employment is the primary source of personal income for many people in the world. It has an impact on the consumer spending, standard of living and overall economic growth. Thus, unemployment rate is a good indicator to measure the country’s economic condition