Behaviorism emphasizes the importance of observable actions and scientific studies and suggests that behavior is shaped by the environment. Humanism, on the other hand, emphasizes the study of the whole person and inner feelings. 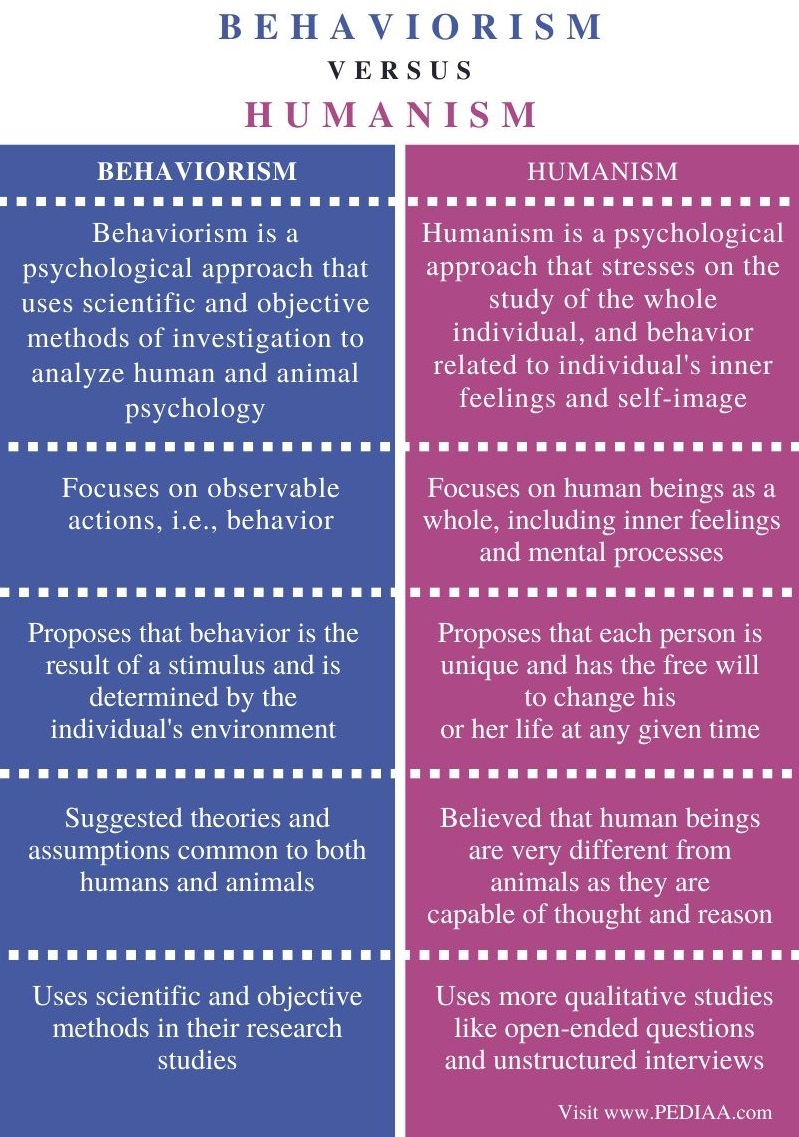 Behaviorism is a psychological approach that uses scientific and objective methods of investigation to analyze human and animal psychology. This approach focuses on observable actions, i.e., behaviors, of humans and animals. Stimulus and response are a key concept in behaviorism. Here, stimuli are environmental factors and responses are observable behavior. Moreover, behaviorism studies observable stimulus-response behaviors, and emphasizes all behaviors are learned through interaction with the environment. 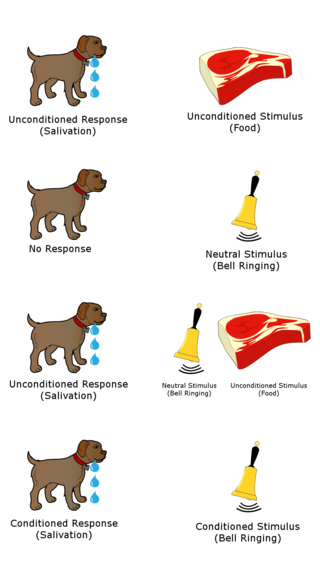 Operant conditioning is a type of conditioning where humans or animals learn a behavior by associating it with its consequences. Here, learning occurs through reinforcements and punishments. 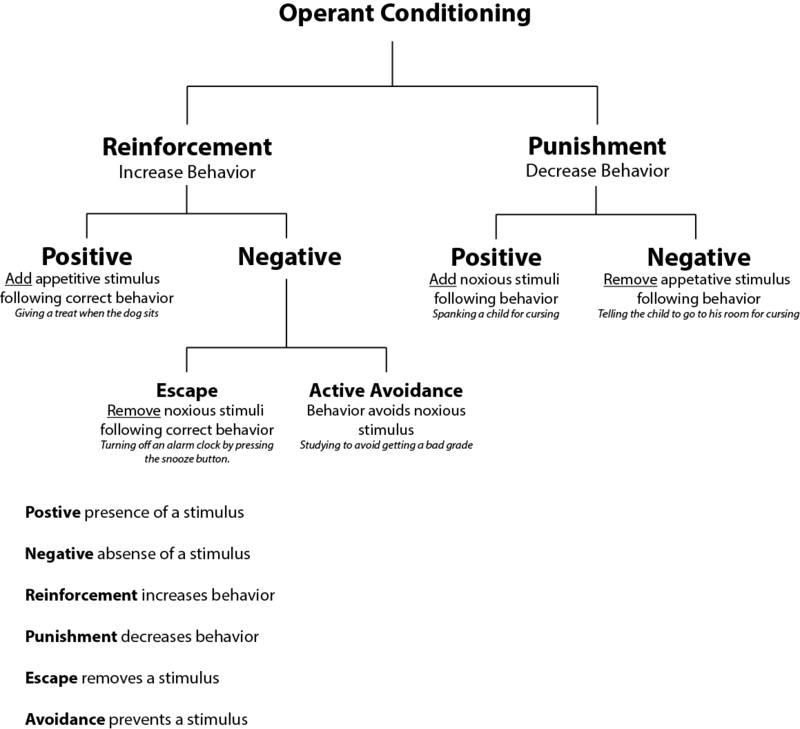 As clear from the above diagram, when a desirable result follows an action, the behavior is more likely to occur again in the future. Similarly, responses followed by negative outcomes are less likely to be repeated in the future.

Humanism or humanistic psychology is a psychological approach that stresses on the study of the whole individual, and behavior related to an individual’s inner feelings and self-image. This perspective is based on the idea that each person is unique and has the free will to change his or her life at any given time. Moreover, humanism rose to prominence in the 1960s as a response to the limitations of Freud’s psychoanalytic theory and behaviorism.

According to this perspective, human beings are responsible for their own happiness and well-being. They have the innate capacity for self-actualization, which is their unique desire to achieve the highest potential as human beings. Furthermore, humanisms believe that human beings are innately good and that their deviations from this natural tendency result in mental and social problems. Besides, humanistic psychologists analyze human behavior through the eyes of the observer, as well as through the eyes of the person that is being analyzed. This is a special feature of humanism.

Unlike other psychological approaches, humanistic approach emphasized that human beings are different from animals since they are capable of thought, reason and language. Humanism also rejects a rigorous scientific approach to psychology as it does not have the ability to capture the importance of conscious experiences. It relied on qualitative research methods like open-ended questionnaires, individual observations, unstructured interviews, etc.

Similarities Between Behaviorism and Humanism

Difference Between Behaviorism and Humanism

Behaviorism focuses on observable actions, i.e., behavior, while humanism focuses on human beings as a whole, including inner feelings and mental processes.

Furthermore, behaviorism proposes that behavior is the result of a stimulus and is determined by the individual’s environment. In contrast, humanism proposes that each person is unique and has the free will to change his or her life at any given time.

In brief, behaviorism is a psychological approach that emphasizes the importance of observable actions and scientific studies and suggests that the environment shapes behavior. Humanism approach, on the other hand, emphasizes the study of the whole person and inner feelings. When we compare and contrast beahviorism and humanism, we can observe that these two perspectives have more differences than similarities.