Pimples and acne are two types skin conditions which are commonly seen in the general population nowadays due to several reasons like improper dietary factors and  hormonal imbalances. The main difference between acne and pimple is that pimples are a type of skin lesion, or an inflammation of the skin whereas acne is a chronic skin condition which takes place when the hair follicles get clogged with dead skin cells and sebum.

In this article, we are going to discuss

1. What is Pimple? – Clinical Features, Causes, Management and Treatment

2. What is Acne?  – Clinical Features, Causes, Management and Treatment

3. What is the Difference between Pimple and Acne? 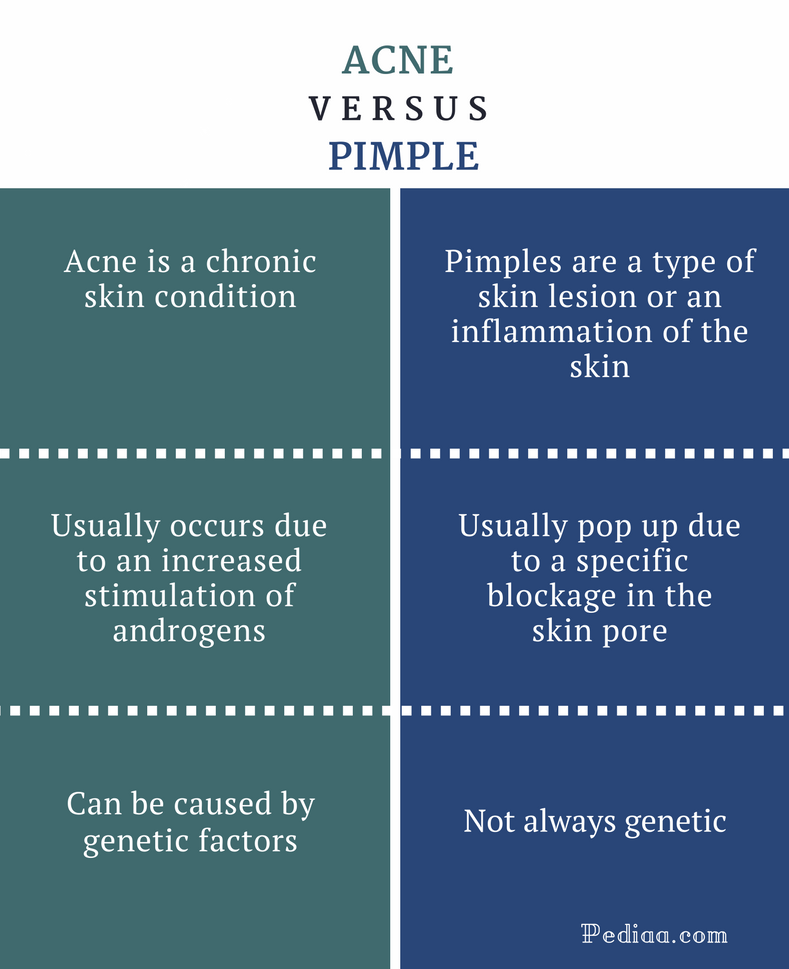 What is a Pimple

A pimple is a small pustule or papule which develops once the sebaceous glands become clogged and infected resulting in a swollen, red-colored lesion filled with pus. This can also occur due to increased production of sebum, increased cell turnover giving rise to several dead skin cells, clogged pores, and bacteria.

These papules or pustules are usually seen on the face, neck, back and shoulder. These pore obstructions are more likely to occur during the puberty due to sudden hormonal changes in the body resulting in an increased production of sebum by the sebaceous glands.

However, in some individuals these blocked pores can make a well-nourished environment for micro-organisms to grow, ultimately resulting in infections, making matters worse.

According to latest research studies, about 80% of adolescents are affected by pimples with a significant female predominance.

Even though pimples are not life threatening and do not result in severe complications, it is better to seek medical advice since severe pimples are often a cause for psychological issues where affected individuals might avoid social interactions and communication due to embarrassment.

The following steps can help to reduce or control pimples.

As far as the pharmacological management of pimples is considered, chemicals such as Resorcinol and salicylic acid are known to be the best options. These can be found in the form of gels, pads, creams, lotions and soaps.

It is highly important to use these medications strictly with medical guidance since some can result in allergies, skin irritation, dryness, redness or even burning sensation due to the natural mechanism of action or as side effects. 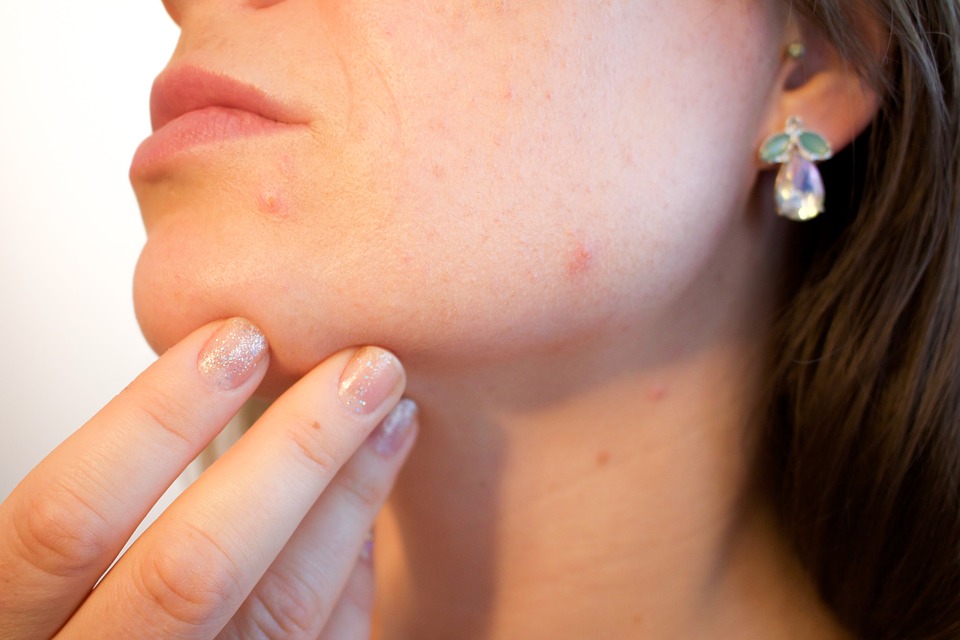 Acne is a chronic skin condition which occurs when the hair follicles get clogged with dead skin cells and sebum, which is secreted by the sebaceous glands.

This is very common among teenagers due to hormonal changes and increased androgen production during puberty; genetics also play a major role in the etiology. Moreover, the bacteria known as Propionibacterium acne and the local release of pro-inflammatory chemicals in the skin as a result of various skin irritants are known to cause acne, depending on individual factors like type of the skin.

Acne primarily affects the face, the upper part of the chest and back.  Patients affected by this skin condition will often present with micro comedones, comedones, papules, pustules, nodules, and scarring where the color will vary according to the complexion of the individual skin.

Lifestyle modifications, procedures like cauterization and medications including salicylic acid are the hallmarks of therapy for acne. Minimizing the consumption of sugary food, carbonated drinks and oils is also highly recommended.

If the major cause is suspected to be an infection, Antibiotics and Retinoid will be the treatments of choice which are available in both topical and oral formulations.

Early interventions and aggressive treatment are highly encouraged for patients with acne in order to lessen the long-term impacts such as scarring, pigmentation, and darkening of the skin. 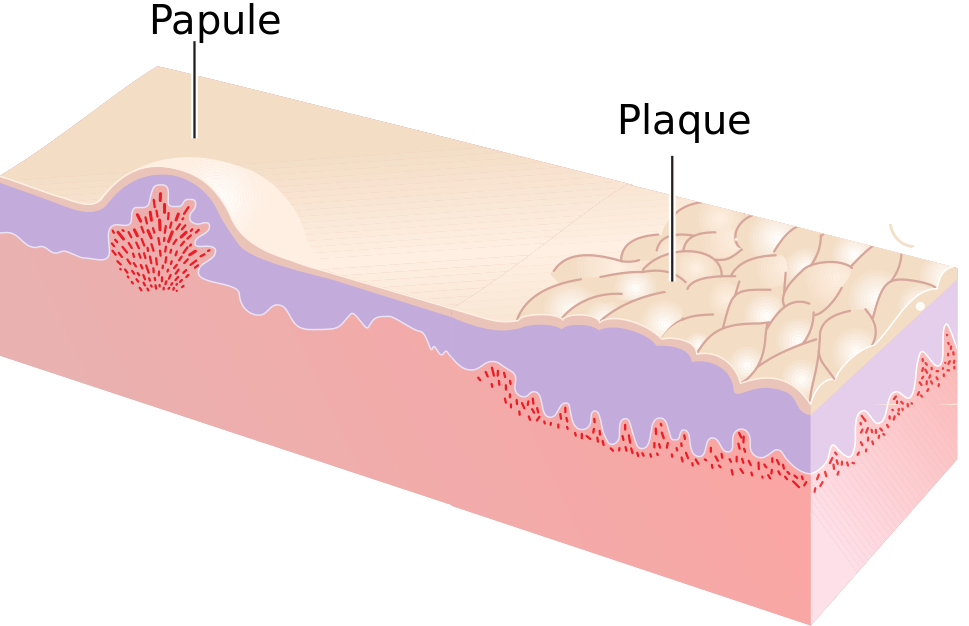 Difference Between Acne and Pimple

Pimples are a type of skin lesion, or an inflammation of the skin.

Acne Vulgari, also known as acne, is a chronic skin condition which takes place when the hair follicles get clogged with dead skin cells and sebum.

As far as the etiology is concerned, pimples usually pop up due to a specific blockage in the skin pores while,

Acne results due to an increased stimulation of androgens.

Furthermore, Pimples are not always genetic whereas acne can be caused due to familial or genetic factors. In some individuals, pimples can also be a cause of severe acne.

“Papule and Plaque” By Madhero88 – Own work (CC BY-SA 3.0) via Commons Wikimedia