Many people misuse the two terms agnostic and atheist. Although both these terms are related to the belief in God, there is a difference between them. The main difference between Agnostic and Atheist is that an atheist is a person who doesn’t believe in god whereas an agnostic is a person who is not sure whether the god exists or not. An agnostic is neither a disbeliever nor a believer of god whereas an atheist is a disbeliever. 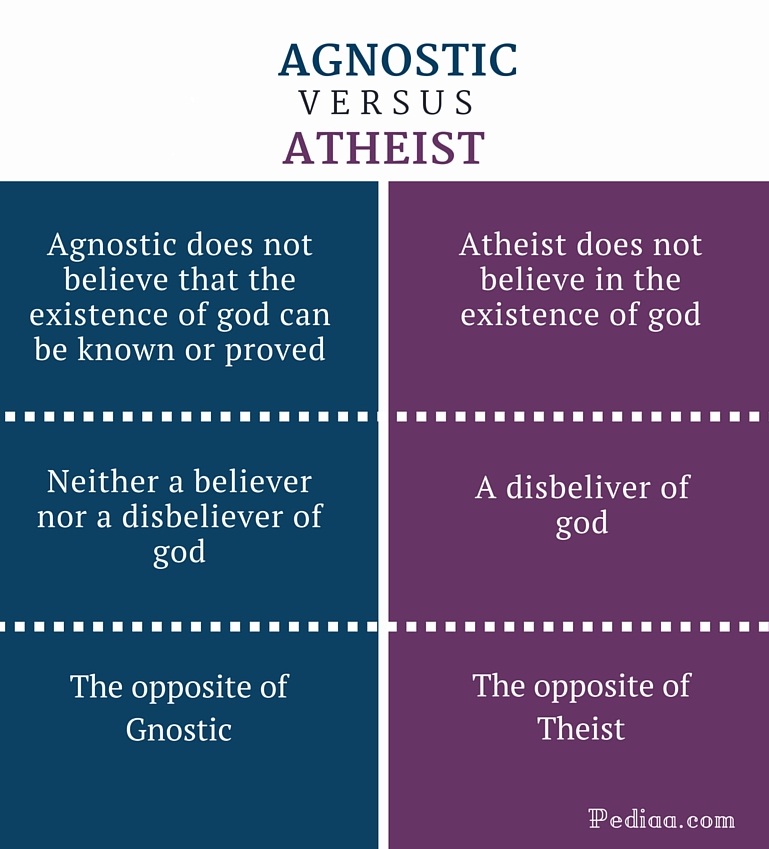 Who is an Atheist

The disbelief in god can arise from the inherent inability to believe incredulous religious teachings; atheism can also be a deliberate choice. Atheists can be categorized into two types: strong atheists and weak atheists. Strong atheists deny the existence of any god whereas weak atheist simply lacks belief in god. 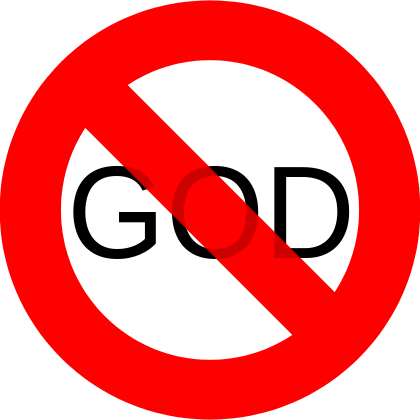 An agnostic is a person who believes that there is no way of knowing whether the god exists or not. Agonists are therefore neither believers nor disbelievers of god. Agonists believe that there is no way of knowing about the existence of the god because they have not found any evidence, or proof to support the existence of god. Since they are not ready to accept theories of divinity and divine power without evidence, they can be described as rational or free thinkers.

Gnostic is the opposite of agnostic. Gnostics believe that the existence of the god can be known and proved. Gnostics can also be classified into two different categories: theist gnostic and atheist gnostic. 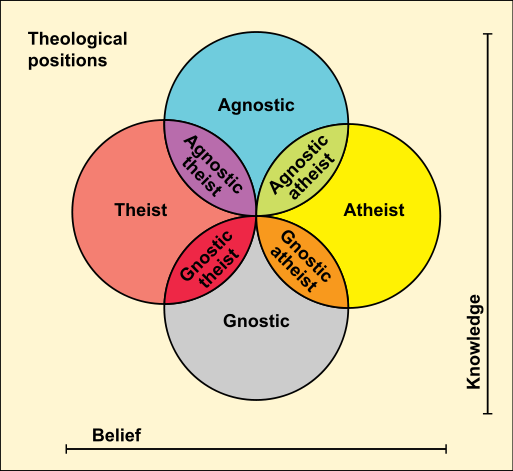 Difference Between Agnostic and Atheist

Agnostic does not believe that the existence of god can be known or proved.

Atheist does not believe in the existence of god.

Agnostic is neither a believer nor a disbeliever of god.

Atheist is a disbeliever.

Agnostic is the opposite of Gnostic.

Atheist is the opposite of Theist.

“No God” By TeVe – Own work (Public Domain) via Commons Wikimedia