Alkylation is a transfer of alkyl group from one molecule to another using an alkylating agent. These alkylating agents have the ability to add a desired aliphatic hydrocarbon chain to the starting material. Unlike alkylation, acylation is the process of adding an acyl group to a compound using an acylating agent. These acylating agents have the ability to add desired RCO- group to the starting material.  This is the main difference between Alkylation and Acylation.

What is an Alkylation

The alkyl group can be transferred as an alkyl carbocation, a free radical, a carbanion or carbine. Therefore, the alkylating agents can be mainly divided into two categories based on their electrophilic and nucleophilic character. Nucleophilic alkylating agents form an alkyl anion (carbanion) during the reaction and attack electron deficient carbon atom such as carbonyl group. (Ex: Grignard, organolithium, organocopper, and organosodium reagents). Electrophilic alkylating agents form an alkyl cation (carbocation) during the reaction (Ex: alkyl helides). The following reactions illustrate the mechanism for Friedel-crafts alkylation of benzene.

Step 3: The π electrons in aromatic ring act as a nucleophile, and attacks to carbocation with losing the aromaticity. 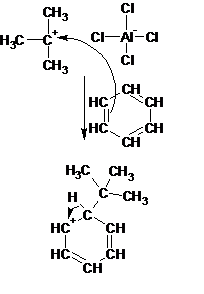 What is an Acylation

Acylation is the process of adding an acyl group to the starting material using an acylating agent. An acyl group is a functional group that has the molecular formula of the RCO.

Step 1: The acyl halide reacts with Lewis acid to create a complex.

Step 3: π electrons in benzene acts as a nucleophile and attacks to electrophilic acylium ion. This step destroys the aromaticity giving the cyclohexadienyl cation intermediate. 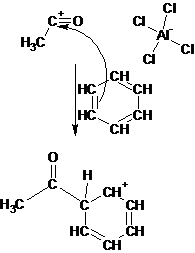 Difference Between Alkylation and Acylation

Alkylation: Alkylation is the process of introducing the hydrocarbon chain to the starting material.

Acylation: Acylation is the process of adding an acyl group to the starting material using an acylating agent.

Alkylation: The overall transformation is R-H to R-R’.

Acylation: The overall transformation is R-H to R-COR’.

Alkylation: The carbocation (i.e. R +) is formed by the “removal” of the halide by the Lewis acid catalyst.

Acylation: The acyl cation or acylium ion (i.e. RCO + ) is formed by the “removal” of the halide by the Lewis acid catalyst.

Alkylation: The carbocation is prone to rearrange and form a very stable carbocation, which will undergo the alkylation reaction.

Acylation: The acylium ion is stabilized by the resonance structures. This extra stability prevents the rearrangement of carbocation.

Alkylation: Vinyl or aryl halides do not undergo alkylation reaction because their intermediate carbocation is unstable.

Acylation: Acylation reactions always give ketones, because HCOCl decomposes to CO and HCl under the reaction conditions. 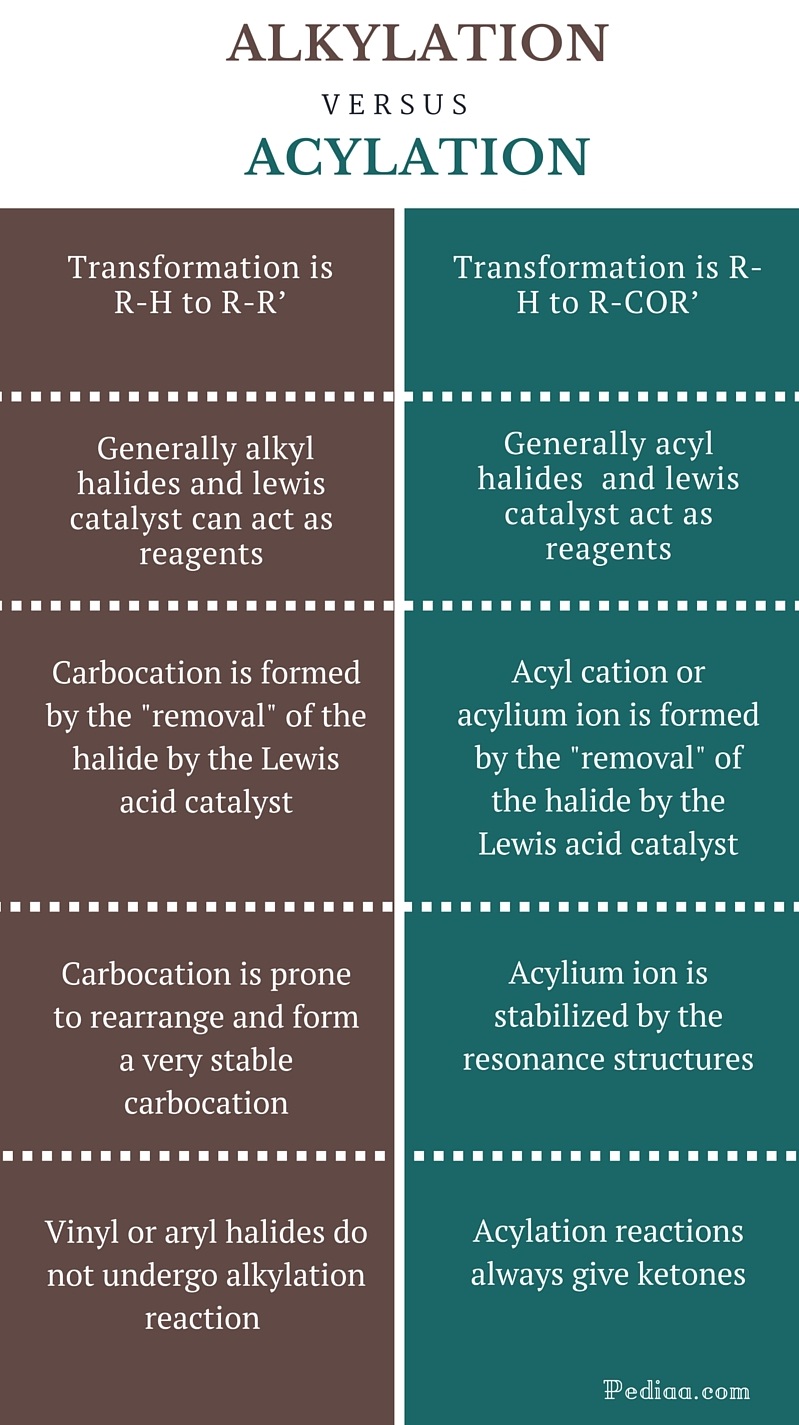 About the Author: Nuwa

Nuwa has a B.Sc. special degree in Chemistry. She is currently a teaching assistant at Open University, where she teaches, researches, and writes chemistry content. She has worked previously as a Chemical Analyst.