ALS (Amyotrophic Lateral Sclerosis) and MS (Multiple Sclerosis) are two neurodegenerative diseases which have a negative impact on our central nervous system including the brain and spinal cord, thus creating a disruption in the functioning of muscles and nerves. The main difference between ALS and MS is that ALS only affects the motor functions of the body whereas MS affects both motor functions and sensory functions.

In this article, we’ll discuss,

3. What is the difference between ALS and MS? 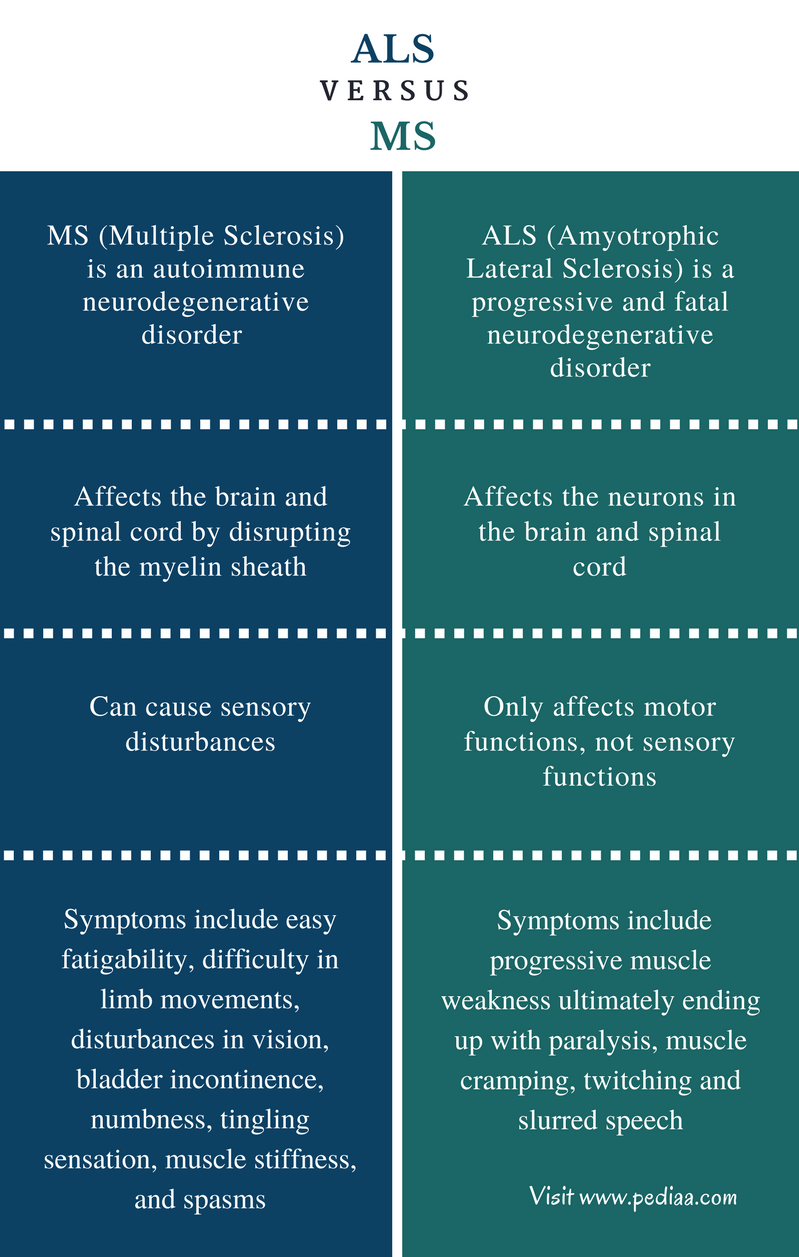 What is Multiple Sclerosis (MS)

MS is an autoimmune neurodegenerative disorder, which affects the brain and spinal cord, resulting in a broad range of signs and symptoms associated with visual disturbances, dysfunction of limb movements, balance, and sensation. Being a lifelong condition with several debilitating features, some affected individuals might experience mild-moderate features, possibly reducing the quality of life.

As far as the pathophysiology of this condition is considered, some abnormality in the function of our immunity system would act in a way which damages the myelin sheath – the protective layer covering nerves. The damages and scar formation taking place over a long period of time will ultimately slow down the transmission of nerve impulses or completely halt them. Although the exact etiology for the immune system to act this way is not clear, some scientists suggest that genetics and environmental factors play a major role in initiating the autoimmune process.

MS owns a significant female predominance with a female: male of 3:1; most diagnosed individuals are of 20-30 years of age.

There are two major types of MS:

Signs and symptoms of MS usually vary from one person to another. Commonest presentation of MS can affect any part of the body and include:

There is no permanent cure for MS, but early interventions can definitely slow down the progress and limit disabilities. Treating relapses with steroids, symptom specific treatment and disease modifying therapy play main roles in the therapeutic management of MS. 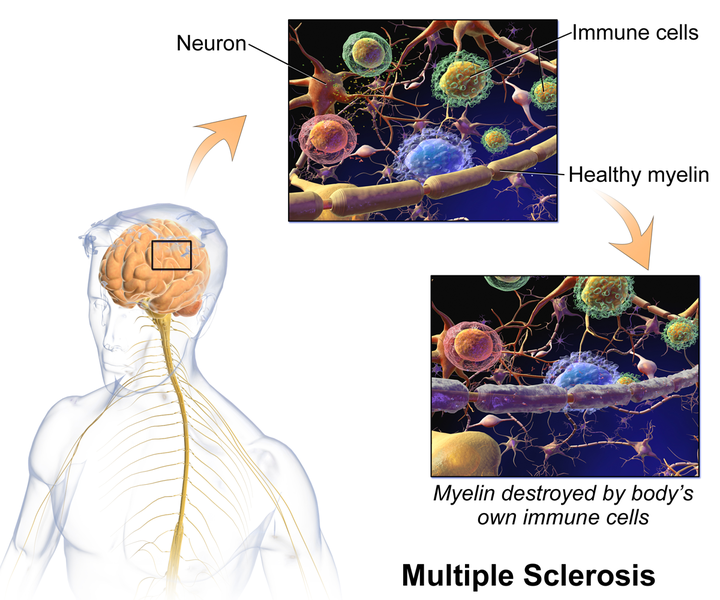 What is Amyotrophic Lateral Sclerosis (ALS)

ALS is a progressive neurodegenerative disorder which has a significant negative impact on neurons in the brain and spinal cord. ‘A-MY0-TROHPIC’ is a Greek term which means no-muscle-nourishment resulting in wasting of muscles. Lateral side of the spinal cord is responsible for sending nerve impulses to control and signal muscular movements and this condition itself will ultimately lead to damage and scarring of this area causing sclerosis.

There are two types of ALS:

Onset of signs, symptoms and their progression will vary from one person to another and usually starts with the group of muscles responsible for limb movements and swallowing. Other typical features of ALS include,

ALS only impairs the motor functions in our body; sensory parts such as vision, hearing, tasting and touch are completely intact.

A complete clinical history and neurological examination along with a comprehensive series of diagnostic studies are mandatory in establishing an accurate diagnosis of ALS. Major modalities of diagnosis include,

There is no permanent cure for ALS, but symptomatic management plays an important role in limiting disabilities. 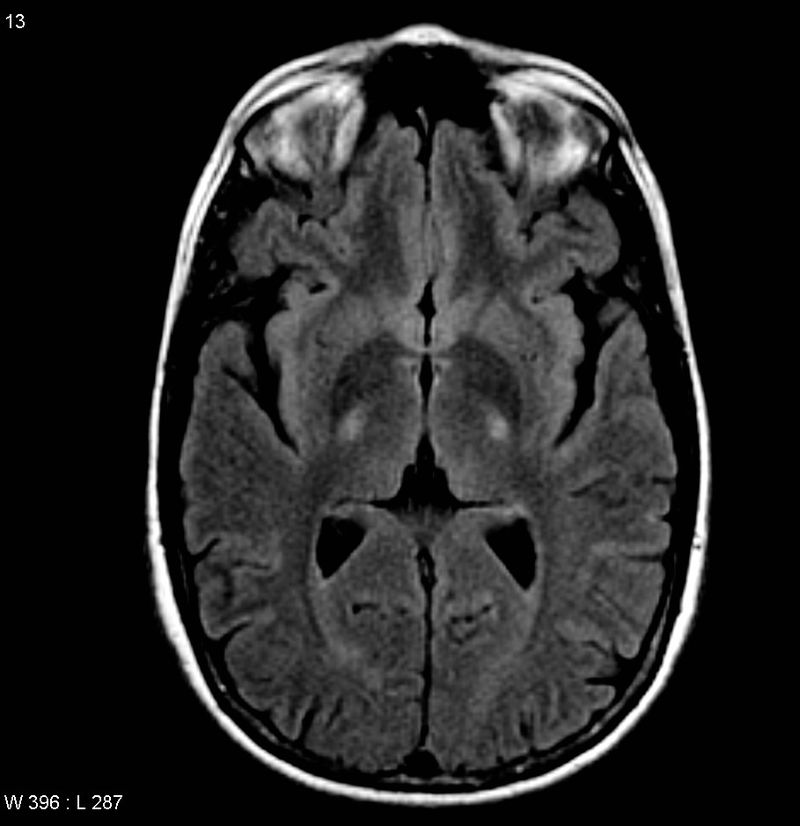 Difference Between ALS and MS

MS is an autoimmune neurodegenerative disorder, which affects the brain and spinal cord by disrupting the myelin sheath (protective sheet which covers neurons).

ALS is a progressive and fatal neurodegenerative disorder which has a significant negative impact on neurons in the brain and spinal cord.

ALS will only impair muscle movements where sensations are completely intact.

Both MS and ALS do not have a permanent cure, but symptomatic management can have a significant role to be played in reducing the rate of mortality and morbidity.