Bacteria and viruses are microscopic microbes. Bacteria are prokaryotes. They are living cells which can be either beneficial or harmful to other organisms. But, viruses considered to be particles that are somewhere between living and non-living cells. Viruses have to invade the body of a host organism in order to replicate their particles. Therefore, most viruses are pathogenic. The main difference between bacteria and virus is that bacteria are living cells, reproducing independently and viruses are non-living particles, requiring a host cell for their replication.

Bacteria are prokaryotes found in most habitats on the Earth. They are unicellular microorganisms. Bacteria can grow in harsh conditions like acidic hot springs, radioactive waste and deep portions of Earth’s crust. Bacteria form dense aggregations by attaching to surfaces. These aggregations are mat-like structures called biofilms. 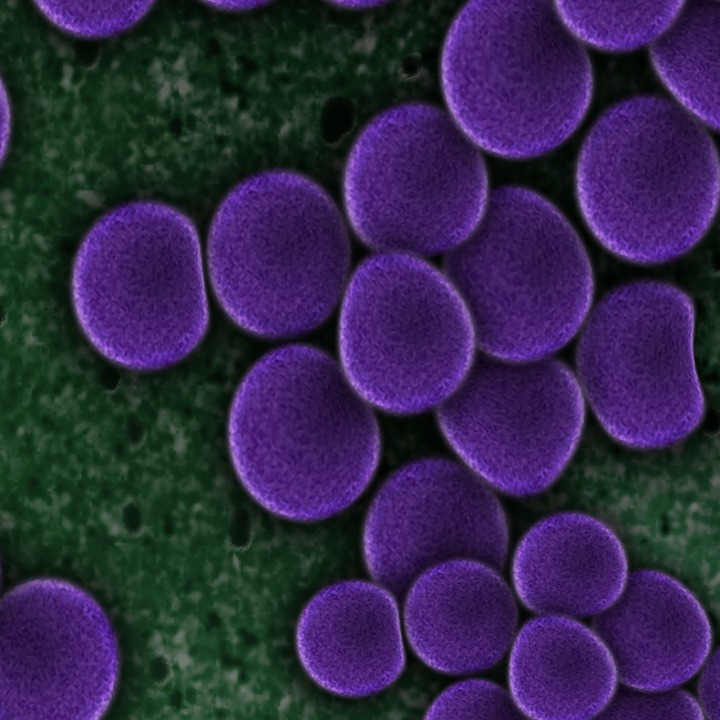 Bacterial cells are surrounded by a cell membrane. The membrane-enclosed cytoplasm contains nutrients, proteins, DNA and other essential components of the cell. Bacteria are prokaryotes and lack membrane-bound organelles. Protein localization is carried out by their cytoskeleton. A single, circular chromosome is found in the nucleoid. This simple arrangement of bacteria is referred to as ‘bacterial hyperstructures’.

Murein forms a cell wall outside of the bacterial cell membrane. The thicker cell wall is classified as gram-positive, and the thinner cell wall is classified as gram-negative in the gram staining of bacteria. Flagella are used for the mobility. Fimbriae are the attachment pili. They are used in the sexual reproduction of bacteria, which is known as conjugation. The entire cell is covered by glycocalyx which forms the capsule.

What is a Virus

A virus is a particle considered as non-living form. Viruses show neither respiration nor metabolism. A virus consists of its genetic material, either DNA or RNA, covered by a protein core. Usually, viruses are infectious agents, requiring a host for their replication. They infect all life forms including animals, plants, bacteria and archaea. Viruses can be found in almost every ecosystem on the Earth. Thus, they are the most abundant biological entity type.  The study of viruses is called virology. Viruses can be visualized by negative staining.

The complete virus particle is referred to as the virion. Virion consists of genetic material enclosed by a protective protein coat called as the capsid. The capsid is formed by identical protein units called capsomeres. The capsid proteins are encoded by the viral genome. The virion consists of a cell membrane derived from the host cell called the lipid envelope. Viral nucleic acid is associated with nucleoproteins. Viral capsid proteins and nucleoproteins are collectively called nucleocapsid.

On the contrary, four groups of viruses can be identified depending on the morphology: helical, icosahedral, prolate and envelope. The capsid forms a helical structure around the central axis in helical viruses. Icosahedral viruses sometimes consist of a chiral icosahedral symmetry. In prolate, the icosahedron is elongated into a five-fold axis as in bacteriophages. In some viruses, the cell membrane forms a modified form called the envelope. These type of viruses are referred to as envelope viruses. An icosahedral-shaped, Simian virus is shown in figure 2. 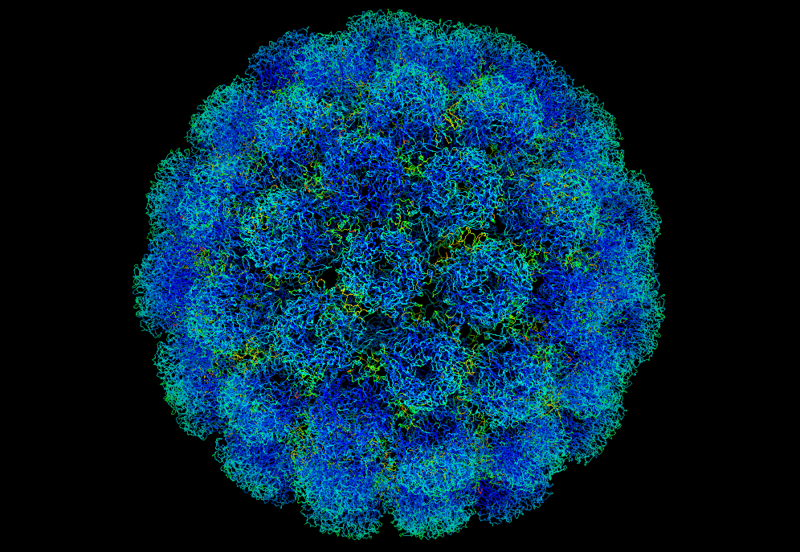 Difference Between Bacteria and Virus

Dependence on the Host for Reproduction

Bacteria: Bacteria do not need a host organism for reproduction.

Virus: Viruses replicate only inside the host.

Bacteria: Bacteria are larger, about 1000 nm in size. They are visible under light microscope.

Virus: Viruses are smaller, about 20-400 nm in size. They are visible under the electron microscope.

Virus: Viruses don’t have a cell wall. A protein coat is present instead.

Virus: There is no metabolism inside the viral particle.

Bacteria: Bacteria can be either beneficial or harmful.

Virus: Viruses are usually harmful, can be useful in genetic engineering.

Virus: Viruses may or may not cause fever.

Bacteria: Bacterial infections can be prevented by Antibiotics.

Virus: Spread of viruses can be prevented by vaccines.

Bacteria and viruses are both microscopic microbes. Both of them can cause diseases in plants and animals. Both these types of microbes contain enzymes required for the DNA replication and protein synthesis. But, viruses require a host organism for the production of viral coat proteins. Therefore, they should invade a second organism for their replication. On the other hand, bacteria can reproduce independently by binary fission. Both microbes consist of a huge diversity compared to other life forms. The key difference between bacteria and virus is the consideration of each form as a living or non-living organism.