Bay and beach are two terms related to each other and refer to geographical formations that are between land and water. Bay is a broad inlet of the sea where the land curves inwards whereas the beach is a landform along the coast of a waterbody. This is the main difference between bay and beach. It is entirely possible for a bay to have a beach. 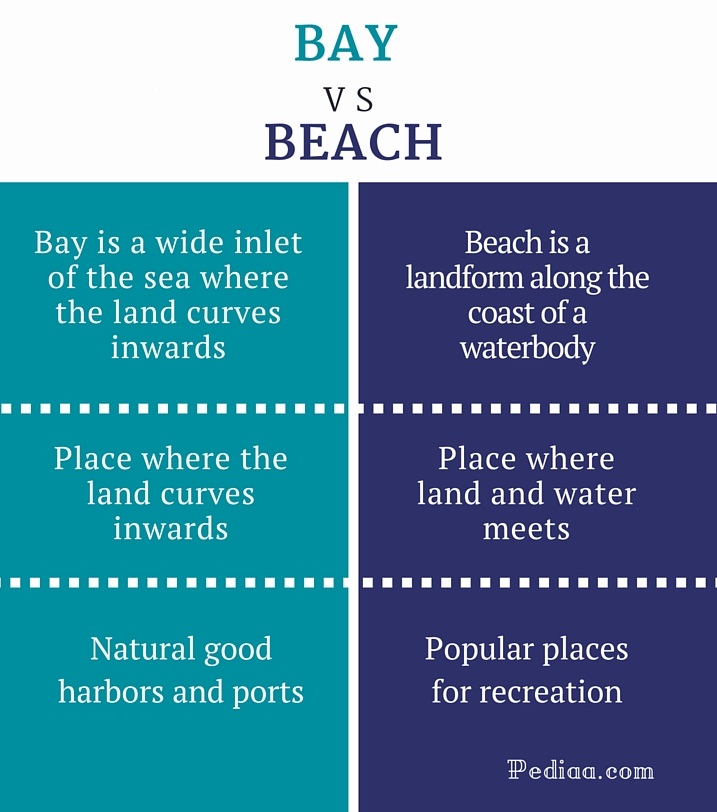 What is a Bay

A bay is a broad inlet of the sea where the land curves inwards. It is partly enclosed by land. Bay can be a part of a lake or ocean or sea. A bay is generally smaller and less enclosed than a gulf.

Bays can be formed in many ways. Many bays have formed as a result of continental drift. Bays and gulfs like Gulf of Alaska, gulf of Mexico have been formed in this manner. Glacial and river erosion are another cause for the formation of bays.

Bays make good harbours and ports and provide a safer place for fishing since the land around the bay can block waves and lessen the strength of winds. The Bay of Bengal is considered to be the largest bay in the world. The Hudson bay, San Francisco Bay, Chesapeake Bay, are some other examples of bays. 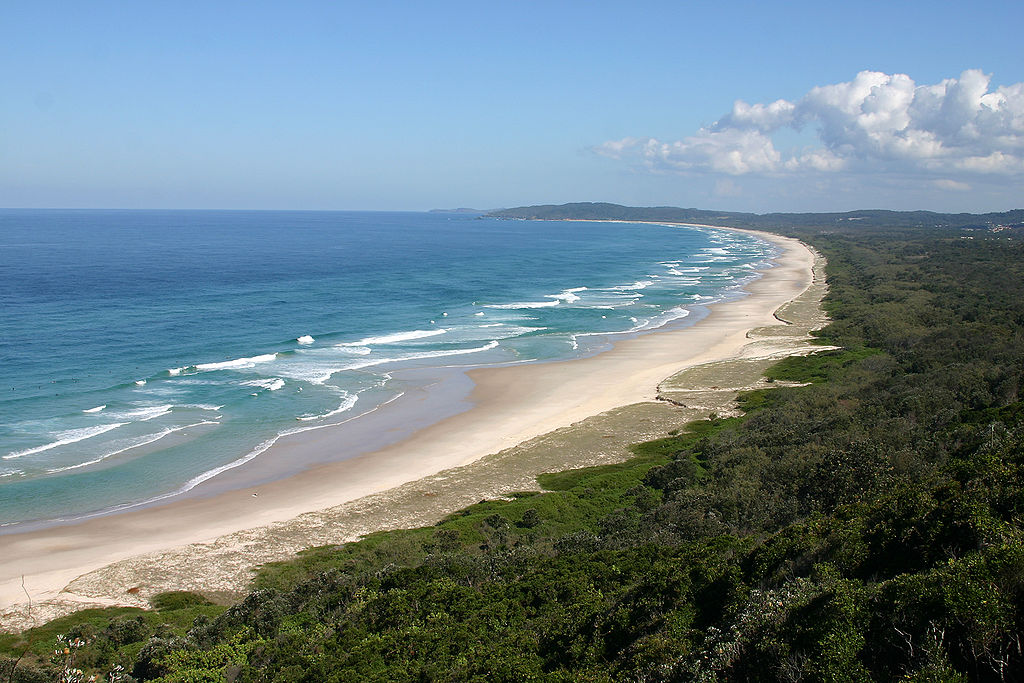 What is a Beach

A beach is a landform along the coast of an ocean or sea or the edge of a lake or river. In simple words, beach is the place where the water meets the land. A bay can also have a beach. For example, you can observe a beach in the above picture as well.

Beaches can be found in places where wave or current action deposits and reworks sediments. A beach typically consists of loose particles, which are often composed of rock, such as sand, shingle, gravel,  pebbles, or cobblestones. 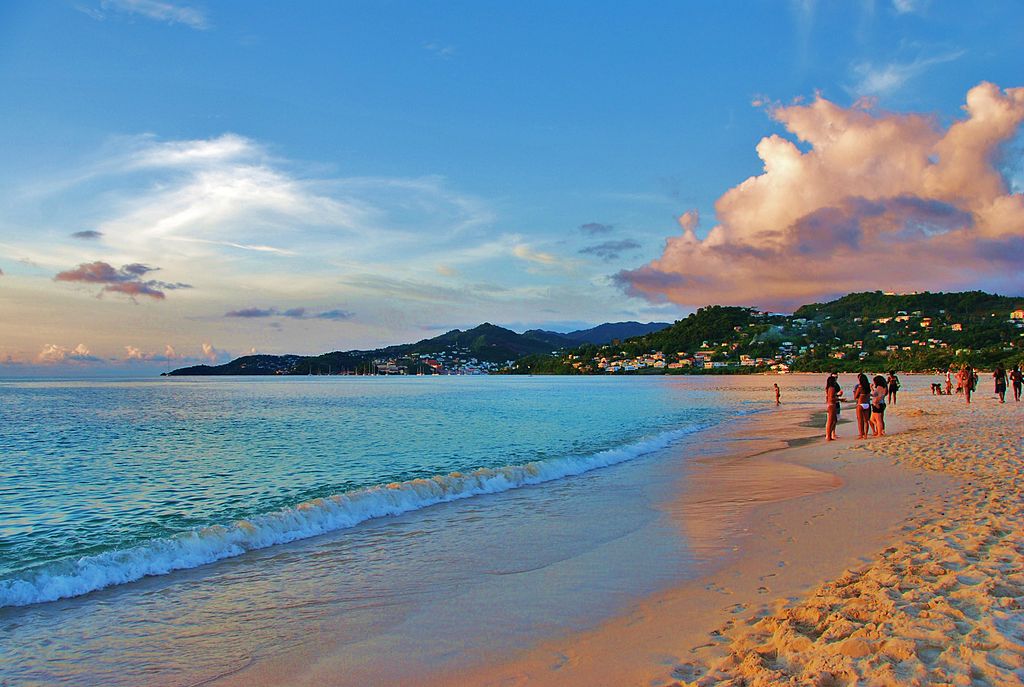 Beaches are popular places for recreation, and they place a major role in the tourism industry. You can find many restaurants, hotels, resorts, changing rooms, etc. in developed beaches.

Difference Between Bay and Beach

Bay is a wide inlet of the sea where the land curves inwards.

Beach is a landform along the coast of a waterbody.

Bay is a place where the land curves inwards.

Beach is the place where land and water meets.

Beaches are popular places for recreation.